by Jessica Hamzelou: Drugs that rejuvenate our immune systems and make us biologically younger could help protect us from the disease’s worst effects… 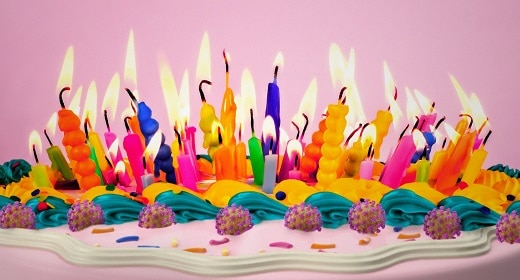 Covid-19 is far more likely to kill you if you’re old. One reason is that aged immune systems struggle to cope with infections and recover from them. So why not try drugs that make bodies young again? That’s the bold idea now being explored in clinical trials around the world, which are testing drugs that reverse the impacts of age on the body, rejuvenate the immune system and clear out aged, worn-out cells.

Some scientists avoid using the term “anti-aging” because of its snake oil connotations—but these drugs specifically target the biology of aging. It makes intuitive sense to use them to help older bodies fight back against any infection. These drugs could potentially help anyone with a worn-out immune system—whether as a result of age, childhood disease, or chronic illness.

We certainly need a new way of treating the disease. Covid-19 might never go away. Even in countries with high levels of immunity, it’s still hospitalizing and killing people. But only a handful of effective treatments have been found, including antiviral, antibody, and steroid drugs—and these might not work as well against future variants.

And age not only raises someone’s chances of getting seriously ill with covid-19 but also increases the risk of developing long covid. If these drugs work, the hope is that they could potentially help treat that, too.

Age withers the immune system in many ways. Older people are more likely to die from infections like the flu, and aged immune systems don’t tend to respond as strongly to vaccines. Some immune cells appear to become weaker, and less able to kill harmful viruses or bacteria. Others appear to be more easily triggered into action and maintain higher levels of damaging inflammation even when there is no infection, which can damage body tissues.

This degradation of the immune system is also thought to occur in younger people who are biologically old, meaning they have body systems that function more like those of older people than others of the same age. Conditions that make a person more vulnerable to the coronavirus, such as diabetes and lung and heart diseases, seem to be linked to having an older biological age. And people who had a higher-than-expected biological age 10 years before the start of the pandemic were more likely to die if infected.

Janet Lord, who studies the impact of age on the immune system at the University of Birmingham in the UK, has been focusing on one type of immune cell that appears to go awry in older people: neutrophils. These cells float around in our blood until an infection strikes, at which point they make a beeline for the area of infection. In older people, the cells seem to veer off in the wrong direction and can cause significant damage, burrowing through tissue “like a worm burrowing through soil,” says Lord. “That’s why we think that when an older person gets an infection, they’re sicker with it,” she says.

Her team has been working on a way to correct this and make neutrophils more efficient at targeting infections. The team has found that blocking the activity of an enzyme that influences how the immune system works seems to return neutrophils to a younger state in the lab. Intriguingly, Lord has found that statins—drugs commonly prescribed to lower cholesterol—might have a similar effect.

A few years ago, Lord and her colleagues ran a small clinical trial of a statin in people aged 68 to 90 who were hospitalized with pneumonia. Around half the volunteers were given simvastatin once a day for seven days. Blood tests revealed that the neutrophils of the people taking statins acted much more like cells taken from younger people and were better at targeting infection. And while 20% of those who took a placebo died within 30 days of the trial, only 6% of those who took the statin did.

The approach, if it works, might also be useful in helping older immune systems cope with coronavirus infections. Lord points to evidence from China that suggests there’s a link between statin use and survival against covid-19. Xiao-Jing Zhang at Wuhan University and colleagues compared the outcomes of 13,981 people who were admitted to hospital with covid-19 in Hubei province, 1,219 of whom were taking statins. The team found that the people who took statins were less likely to die and more likely to recover well.

“A lot of us believe that the health benefits of statins are probably more related to them correcting the immune system than to lowering cholesterol,” says Lord. If that is the case, there’s hope that statins could benefit people with long covid, too. A clinical trial is underway across the UK to find out whether a daily statin might help people recover from covid-19 and prevent lasting symptoms.

A company called BioAge Labs is also hunting for anti-aging treatments that might treat covid-19 by slowing or even reversing the decline of the immune system. “Imagine if, in the pandemic, everyone had the immune system of a 20-year-old,” says Kristen Fortney, the cofounder and CEO. “It would have been very different.”

The company’s approach is to learn from people who age successfully—living long lives in good health. To that end, it has been working with biobanks, which store reams of biological data on a set of volunteers, to find clues in the genes, cells, and metabolism of long-lived people that might reveal new targets for anti-aging drugs.

BioAge Labs’ experimental drug for covid-19 blocks a receptor on dendritic cells, branching cells that help control how the immune system responds to an infection but seem to cause too much inflammation later in life. It appears to rejuvenate both dendritic cells and neutrophils—and has shown huge promise in mice.

In a study published in March, mice were given a lethal dose of the virus that causes covid-19. Fewer than 10% of the treated mice died, but all the others did. The drug is currently being trialed in older people hospitalized with covid-19 in the US, Brazil, and Argentina, and Fortney says she hopes to have a better idea of whether it works in people by the end of the year.

Another approach to rejuvenating the immune system may also have the added benefit of helping to treat covid. The target is an enzyme called mTOR, which regulates metabolism. Drugs that block this enzyme—such as rapamycin—allow mice and other animals to live longer. “Rapamycin always expands life span in every species in which it’s been tested,” says Joan Mannick, cofounder and CEO of Tornado Therapeutics.

Back in 2014, when Mannick was at the pharmaceutical company Novartis, she and her colleagues showed that a drug similar to rapamycin could improve the way older people’s immune systems respond to the flu vaccine. “I think of it like retuning a car,” she says. “You have to sort of retune your mTOR to a young level to allow cellular function to come back to normal.”

Since then, other trials have found that the drug helps prevent respiratory tract infections in older people, although a further trial failed to show any effect. This might be because the study looked at symptoms, which can be common in older populations, rather than lab-confirmed infections.

Mannick has been exploring the effects of rapamycin-like drugs in covid-19. Her trial has been taking place in nursing homes experiencing outbreaks of the disease. For four weeks, half the participants were given the drug, while the other half were given a placebo. Among those given a placebo, “25% of them developed severe covid, and half of them died,” says Mannick, who has yet to publish the work. None of those taking the drug developed any covid-19 symptoms.

“There are multiple strategies of helping the aging immune system to fight against covid better,” she says. “Aging is the biggest risk factor for severe covid, and it’s a modifiable risk factor.”

Fortney hopes to extend the use of her drug beyond covid-19; a rejuvenated immune system could theoretically fend off many other viral and bacterial infections. Her colleague Stanley Perlman, a coronavirologist at the University of Iowa who coauthored the research on BioAge’s covid drug in mice, has future pandemics in mind. “Next time there’s another coronavirus in 2030, maybe all this information will be very useful then,” he says.

Out with the old

The immune system isn’t the only target of anti-aging drugs. Others aim to clear out aged cells. Most of the cells in our body divide up to a certain point. Once they reach this limit, they should die and be cleared away by the immune system. But that’s not always the case—some cells linger on. These cells no longer divide, and some instead churn out a toxic brew of chemicals that trigger damaging inflammation in the surrounding area and beyond.

Cells that do this are called “senescent,” and they accumulate across our organs as we age. They’ve been linked to an ever-growing number of age-related diseases, including diabetes, heart disease, osteoporosis, cataracts, Alzheimer’s—the list goes on. They also appear to play an important role in coronavirus infections.

Not only do these cells take on more coronavirus, but they also appear to provide a breeding ground for new virus variants. “There’s emerging evidence that senescent cells that are infected with coronavirus can mutate that virus,” says Kirkland. “So they may even be a cause of viral mutations.”

As an added concern, the coronavirus can make healthy cells senescent. Given all this, senescence has become an obvious target of both anti-aging and covid-19 therapies. Studies in mice and hamsters suggest that compounds that kill senescent cells can improve the symptoms of covid-19 and boost the chances of survival.

Now, Kirkland and his colleagues are finding out if drugs that kill senescent cells—known as senolytics—can help people with covid-19. His team is trialing the drugs in people with covid-19 in three settings: at home, in hospitals, and in nursing homes.

The drug the team is using is essentially a plant extract, taken from a type of gum tree that grows in China, says Kirkland. The compound, fisetin, is also found in strawberries and cucumbers. He hopes this means it is safe, but he stresses that he doesn’t know this for certain. “I would strongly advise people not to take these drugs outside the context of carefully controlled clinical trials,” he says. “We don’t know the downsides of them.”

Although senolytic drugs don’t specifically target the immune system, researchers believe they restore immune cells to a more youthful state. Over the past decade or so, researchers have come to realize that, while there are many mechanisms of aging, they all appear to be linked—and that targeting one can have benefits for others.

“I think the future is going to be combining different geroscience interventions with disease-specific interventions,” says Kirkland. “These kinds of interventions could combine with existing interventions to increase the chance of recovering.”

That recovery could be from any number of infections or age-related diseases, but covid-19 is an important first target, scientists say. Cases have more than doubled in the US in the last month as the omicron variant has surged, and as of May 13, weekly figures are up 29% on the previous week. Over 18,000 people in the US are currently hospitalized with covid-19, and that figure is rising.

“It’s wild how fast [the virus] mutates,” says Kirkland. “It’s going to be very hard to use traditional vaccine and antiviral approaches to keep up with [new variants]. I’m worried about that.”

Perlman agrees that we need a new, age-based approach to tackling covid-19. “There could be a variant that causes more severe disease,” he says. “I think it would be foolish to think that we’re finished.”