by Fred Lambert: Tesla Megapacks are on their way to Hawaii in order to create a giant new energy storage system that is about to replace the state’s last remaining coal power plant… 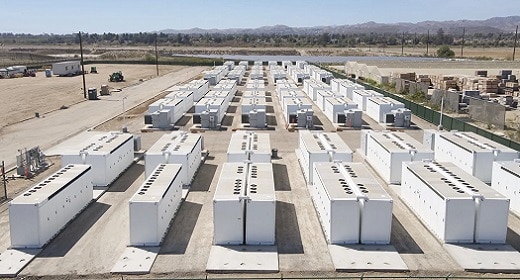 Hawaii aims to reach 100% green energy by 2045 and already has the highest amount of solar capacity deployed per capita. However, in order to handle all that renewable energy, the state needs to balance it with energy storage capacity since the sun doesn’t always shine.

Tesla has been deploying batteries in Hawaii for years in order to help toward that goal. The company works with Hawaiian Electric on giant new battery systems and on a virtual power plant using Powerwalls.

Now the Tesla Megapacks are coming to Hawaii, and they will be used to retire the state’s last coal power plant.

Once completed, the Kapolei Energy Storage facility (KES) will become one of the largest battery systems in the world with a capacity of 185 megawatts/​565 megawatt-hours. It is a project in partnership with Plus Power and Hawaiian Electric – the former decided to use Tesla Megapacks to power the system.

Megapack is Tesla’s largest energy storage solution – a container-size battery system with a capacity of up to 3 MWh. 158 Megapacks are on their way to Hawaii’s Oahu to build the project.

The goal is to have the project operational by September 2022 when Hawaii’s last remaining coal plant, which is located just down the road from KES, is expected to be retired.

The coal power plant is used to maintain grid frequency – something Tesla’s energy storage products have proven capable of doing – and that’s what KES is aiming to do along with absorbing excess solar power during the day and discharging during the evening.

“Here, today, on Oahu, Plus Power and Hawaiian Electric are sending a postcard from the future. ​I’m certain that someday we’ll all look back, when there are dozens of projects just like KES on the mainland and all across the world, and we’ll think, ​‘We were there. Hawaii showed the world how to do it first.’ “

Plus Power also says that the Tesla Megapack will act as a “black-start” system to jump-start the island’s electric grid if it gets shut down by any calamity. They are calling it the “Ultimate pacemaker for the grid.”

For Tesla, it is quite a large project with 565 MWh of Megapacks to deploy, but the company has deployed larger systems, like the recently commissioned Moss Landing project, which has a capacity of 730 MWh and is planned for an expansion to over 1GWh.