A first Look At The Technology Pushing Battery Storage Forward

As the battery storage industry is still in its earliest phases, there is no telling what the next technological leap will be to drive the market ahead… 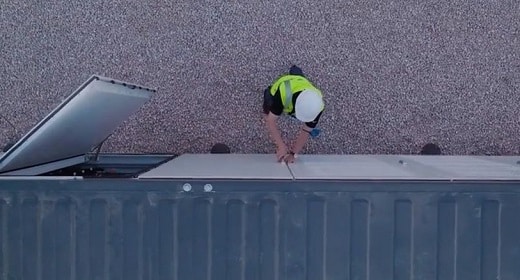 The newness of the industry is part of what breeds so much excitement about its possibilities. A key component of the current market is lithium-ion, the battery technology that has now become the dominant force due to its high energy density. While the technology has allowed for greater adoption and deployment of battery storage, there are many forms of technological advancement that can lower cost for developers and present more opportunities for storage deployment to the grid.

Historically, most lithium-ion energy storage systems have featured an air-cooling system. This means that the air around the modules is regulated, keeping the battery modules at a steady operating temperature. Recently, Sungrow Power developed and deployed a liquid-cooled battery storage system, the Power Titan. The Power Titan chills a water-glycol mixture, which is then used to chill battery cells. Water is roughly 3500 times more effective at chilling the cells than air, which means Power Titan systems have higher density and greater long-term performance. This development will allow the industry to take another leap forward, just as the industry did with the adoption of lithium-ion technology.

There are multiple ways that a liquid-cooled Energy Storage System can help a project keep its costs lower than a traditional air-cooling system. A simple one is that the liquid-cooling system is lighter than a traditional air-cooled unit. With this advantage, the entire system can be transported to the job site pre-installed, and modules do not need to be shipped independently. Eliminating the battery installation on site is projected to save 50% on installation and 2 cents per Wh. Another benefit liquid-cooled has is an increased lifespan. Small temperature differences in the module cells can make a big difference in determining the life of a battery system. When reviewing the discharging capacity, equivalent cycles, and EOL, the liquid-cooled unit had a system life that was 23% greater than an air-cooled one.

A couple months ago we were able to see a liquid-cooled battery in the field and the advantages that it can provide to an energy storage project. Working together with Key Capture Energy (KCE), Sungrow Power was able to deliver 50 MW of our liquid-cooled energy storage product to Abilene, Texas. The delivery to KCE TX13 was completed in May 2022. When speaking of the liquid-cooled battery, KCE’s COO Dan Fitzgerald said, “There will always be a cutting-edge, and we want to be there every time. Being able to offer the newest installations and technologies to the grid is key.” With the ability to deploy efficient battery power in a small area, KCE was able to use 34% less land than if an air-cooled ESS product was used. With this and other advantages, Sungrow and KCE will continue to work on storage projects in Texas and New York to provide renewable energy to the grid.