Lifestyle Changes May Lengthen Telomeres, A Measure of Cell Aging 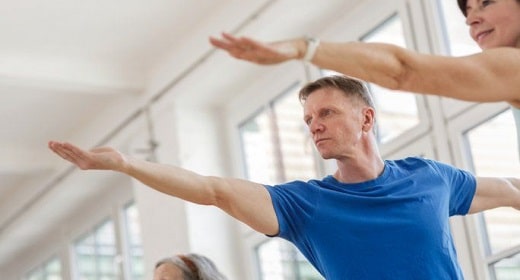 A small pilot study shows for the first time that changes in diet, exercise, stress management and social support may result in longer telomeres, the parts of chromosomes that affect aging.

It is the first controlled trial to show that any intervention might lengthen telomeres over time.

The study will be published online on Sept. 16 in The Lancet Oncology.

The study was conducted by scientists at UC San Francisco and the Preventive Medicine Research Institute, a nonprofit public research institute in Sausalito, Calif. that investigates the effect of diet and lifestyle choices on health and disease. The researchers say they hope the results will inspire larger trials to test the validity of the findings.

Our genes, and our telomeres, are not necessarily our fate,” said lead author Dean Ornish, MD, UCSF clinical professor of medicine, and founder and president of the Preventive Medicine Research Institute.

“So often people think ‘Oh, I have bad genes, there’s nothing I can do about it,’” Ornish said. “But these findings indicate that telomeres may lengthen to the degree that people change how they live. Research indicates that longer telomeres are associated with fewer illnesses and longer life.”

In recent years, shorter telomeres have become associated with a broad range of aging-related diseases, including many forms of cancer, stroke, vascular dementia, cardiovascular disease, obesity, osteoporosis and diabetes.

For five years, the researchers followed 35 men with localized, early-stage prostate cancer to explore the relationship between comprehensive lifestyle changes, and telomere length and telomerase activity. All the men were engaged in active surveillance, which involves closely monitoring a patient’s condition through screening and biopsies.

They were compared to the other 25 study participants who were not asked to make major lifestyle changes.

The group that made the lifestyle changes experienced a “significant” increase in telomere length of approximately 10 percent. Further, the more people changed their behavior by adhering to the recommended lifestyle program, the more dramatic their improvements in telomere length, the scientists learned.

By contrast, the men in the control group who were not asked to alter their lifestyle had measurably shorter telomeres – nearly 3 percent shorter – when the five-year study ended. Telomere length usually decreases over time.

The researchers say the findings may not be limited to men with prostate cancer, and are likely to be relevant to the general population.

“We looked at telomeres in the participants’ blood, not their prostate tissue,” said Ornish.

The new study is a follow up to a similar, three-month pilot investigation in 2008 in which the same participants were asked to follow the same lifestyle program. After three months, the men in the initial study exhibited significantly increased telomerase activity. Telomerase is an enzyme that repairs and lengthens telomeres.

The new study was designed to determine if the lifestyle changes would affect telomere length and telomerase activity in these men over a longer time period.

“This was a breakthrough finding that needs to be confirmed by larger studies,” said co-senior author Peter R. Carroll, MD, MPH, professor and chair of the UCSF Department of Urology.

“Telomere shortening increases the risk of a wide variety of chronic diseases,” Carroll said. “We believe that increases in telomere length may help to prevent these conditions and perhaps even lengthen lifespan.”

Jue Lin, Elissa Epel and Elizabeth Blackburn were co-founders of Telome Health Inc., a diagnostic company that assess telomere biology – THI had no relationship to this study. Dean Ornish works with Healthways, Inc. to educate and support people in making healthier behaviors. The other authors declared no conflicts of interest.