by Gary Null, PhD: This year alone, nearly 600,000 Americans will lose their lives to cancer… 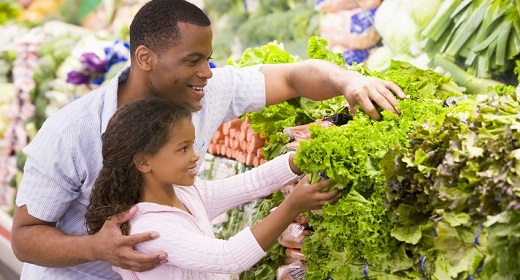 Recent estimates tell us that 41 percent of all Americans will be diagnosed with cancer during their lifetimes and 21 percent of the population will lose their lives to this devastating disease.[1] A new report released by the World Health Organization‘s (WHO) forecasts that by 2035, an incredible 24 million people will be diagnosed with cancer globally.[2] These numbers reflect the need for a complete overhaul of our approach to cancer.

Despite being overlooked for decades, volumes of scientific evidence prove that diet and nutrition play a leading role in cancer development. Only in recent years have mainstream physicians and health groups begun to recognize the importance of our lifestyle choices when it comes to preventing and reversing cancer. Even the WHO report recommends a diet rich in fruits, vegetables and whole grains as a powerful way to help stave off this disease. Here is my list of anticancer superfoods that you can begin incorporating into your diet today for greater health and vitality. I’ve included dozens of scientific citations demonstrating the benefits of each of these nutrient-rich foods.

The vast majority of Americans consume an excess of acid-forming foods. Research has shown that tumor growth increases in an acid environment.[3][4][5] The blood is maintained in the body at a slightly alkaline level of between 7.2 and 7.4.

Eating alkaline foods keeps the blood pH in its ideal range, which is important for the prevention and treatment of cancer. Ideally, the diet should consist of 80 percent alkaline-forming foods, such as those available from many raw fruits and vegetables, as well as nuts, seeds, grains, and legumes. What follows is a list of recommended alkaline-forming foods:

Wheatgrass, barley grass, alfalfa, blue-green algae, arugula, spinach, chlorella and spirulina, and other green foods are rich in blood-purifying chlorophyll and other important phytonutrients for detoxifying the system and rejuvenating organs. Laboratory tests have established that chlorophyll inhibits the activity of carcinogens at a molecular level.[11] Studies have demonstrated the capacity of chlorophyll-rich foods to reduce tumor growth.[12][13][14].Green powders are loaded with phytonutrients proven to be highly beneficial in cancer prevention and healing.

Research confirms that red foods such as strawberries, tomatoes, raspberries, tart cherries, cranberries, and goji berries are high in immunosupportive and cancer-fighting nutrients such as lycopene and carotene.[15][16][17]Many red foods also have high antioxidant content, making them an integral component of any anticancer diet. The antioxidant power of raspberries, strawberries, pomegranate, and dozens of other nutrient-rich fruits make some red and berry powders cancer superfoods.

Though not a food itself, fiber is an important component of fruits, vegetables, and whole grains. The typical American diet includes about 14 g of fiber each day, which falls short of what is necessary for cancer prevention. Studies have indicated that 30g of dietary fiber daily decrease the risk of colorectal cancer. Research has also suggested that high fiber intake may lower the risk of breast, colorectal, uterine and prostate cancers.[18][19]

Olive oil has been shown to possess anticancer properties. Studies have demonstrated that the monounsaturated fatty acids contained in olive oil have a protective effect against cancer growth. [20][21] Research has also shown that the phytochemicals abundant in olive oil inhibit cancer growth in vitro.[22] But remember, more isn’t always better. Olive oil still has 120 calories per tablespoon, so don’t go overboard. For maximum benefit, olive oil should be used in moderation. Choose a good-quality, extra virgin, cold-pressed variety.

Freshly squeezed fruit and vegetable juices provide valuable enzymes and antioxidant nutrients that are easily digestible. Compounds in cabbage juice have been observed to have favorable effects on stomach and colorectal cancer.[23][24] Rich in beta-carotene and vitamin A, carrot juice is beneficial but should be watered down, as it is also high in sugar, and can potentially spike blood sugar levels.[25] Adding a teaspoon of vitamin C to juices creates an even more potent preventive tonic.

Several varieties of mushrooms have powerful healing properties. The maitake mushroom kills cancer cells by enhancing the activity of T-helper cells.[29] Research has shown the maitake mushroom to exert a favorable effect on various types of cancer, including breast, colon, and prostate.[30][31][32]Both shiitake and reishi mushrooms have also been observed to have strong antitumor properties in animals.[33][34][35]Research has revealed that the cordyceps mush­room inhibits the division and proliferation of cancer cells.[36] And, surprisingly, the common white button mushroom has been shown to suppress aromatase activity and estrogen biosynthesis, which make it an excellent breast cancer chemopreventive agent.[37]

Chinese medicine has long recognized the value of seaweed for treating cancers, as it softens hardened tumors. More recently, research has shed light on the powerful mix of micronutrients, including Vitamin C and Vitamin E, as well as minerals, iodine, fiber, and polysaccharides in seaweed, which make it a powerful nutritional tool in combating cancer.[38][39] Considered to be one of the healthiest populations on earth, the Japanese consume more seaweed than any other nation.