Most U.S. Women See Gender Equality Around The World As Their Shared Responsibility

By Lauren Moraski: Strikingly, the U.S. government topped the list of entities that should stay out of it… 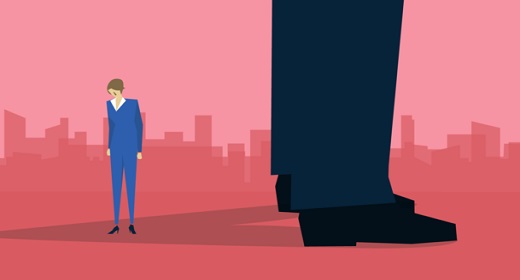 Whose job is it to upend the status quo and establish gender equality once and for all? The government? The United Nations? Your fellow Americans? (And who should stay out of the way?)

A new HuffPost/Yahoo/CARE survey finds that the majority of American women believe it’s partly up to them to combat gender-based discrimination here and around the world. (Read the full survey and analysis here.)

In the 2019 national survey of more than 1,000 women, 68 percent say American women should play a role in helping to reduce gender-based bias around the world. That belief is highest among liberals (83 percent), and younger women were more likely than older women to feel that way. While 75 percent of women younger than 40 say it’s an American woman’s role to work against gender bias, 54 percent of seniors (age 65 and older) agree.

Among the full sample, 56 percent say that would like to see all Americans ― women and men ― lend a hand.

Meanwhile, 61 percent say they personally should help improve gender bias. But the popularity of that sentiment varies across the political spectrum. Liberals are more likely to accept personal responsibility than conservatives — by a margin of 37 percentage points.

“I’m constantly trying to uplift women and women of color. I take it as my responsibility with whatever limited reach I have. But it shouldn’t just be my job, necessarily,” said survey participant Kayla E., 28, of Burlington, North Carolina, who works in publishing and believes it takes multiple forces to prompt real change.

“I think realistically it’s a mix,” she continued, adding that it’s also on the government to help women fight against discrimination, sexual assault and abuses of power.

More strikingly, the U.S. government ranked at the top of the list of entities that respondents say should stay out of it. About 4 out of 10 women say it’s better to leave the fight to others than to look to Washington for assistance.

“It’s partly because there hasn’t been that much movement from officials and the government,” she said. “Back in the ’70s, when everybody was anticipating the Equal Rights Amendment would fly through and there was this huge mobilization against it ― particularly led by anti-feminists ― ever since that happened there hasn’t been that much movement. I think at a certain point women came to recognize that any of the progress they made was something that they had to work for and mitigate for themselves.”

The random-sample telephone survey of 1,008 women covered a range of issues, including views on sexual harassment, work situations, life pressures and role models.

Several women surveyed cited discrimination in the workplace and the fight for equal pay as key issues, noting being “passed up for a promotion” and that “men are more in charge.”

Despite the power imbalances they face daily, many of the women surveyed say there are plenty of strong, capable women to look up to. Seven in 10 women see an even mix of women and men portrayed as role models. And similar shares say they see more women than men (15 percent versus 13 percent). Notably, twice as many women younger than age 40 see mostly female role models (23 percent) compared with women 40 and older (11 percent).

“Thirty years ago, when I started working with women leaders, people struggled finding women role models,” Helgesen said. “And I think that has changed enormously and rapidly. The women elected to Congress this year, that’s really game-changing. … We see it on all fronts ― in politics, academia, business and entrepreneurs. Whatever you’re interested in doing in terms of the contribution you want to make to the world, there are a huge number of women leaders that you can choose to learn from.”

And it seems that trend will only continue, particularly in light of the Me Too movement.

The survey, which coincides with Women’s History Month and International Women’s Day, suggests that women are ready and willing to lead the charge for a more equal and fair society.

“One of the things that stands out to me is how much solidarity there is among women in terms of work and leadership — how much more women support one another in the workplace and especially at the leadership level,” Helgesen said.

This HuffPost/Yahoo/CARE survey was conducted by telephone Jan. 21 to Jan. 30, among a random national sample of 1,008 adult women, with 71 percent reached on cellphones and 29 percent on landlines. Results have a 3.6-percentage point error margin for the full sample, including design effects due to weighting. The survey was produced by Langer Research Associates of New York, with field work by Issues & Answers of Virginia Beach, Virginia.