Karen Keskulla Uhlenbeck, a professor at the University of Texas at Austin, made history on Tuesday… 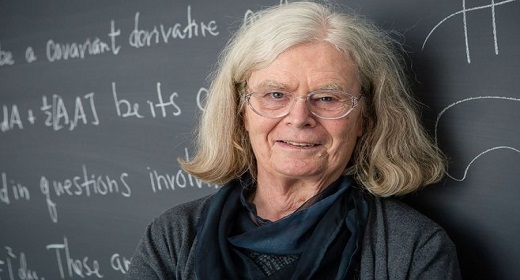 An American professor has become the first woman to be awarded the Abel Prize, one of the world’s most prestigious international mathematics awards.

The Norwegian Academy of Science and Letters announced in Oslo on Tuesday that Karen Keskulla Uhlenbeck of the University of Texas at Austin was this year’s winner of the prize, seen by many as the Nobel Prize in mathematics.

The jury cited Keskulla Uhlenbeck’s “fundamental work in geometric analysis and gauge theory which has dramatically changed the mathematical landscape.” It also praised her as “a strong advocate for gender equality in science and mathematics.”

The prize was first awarded in 2003 to honor the 19th-century Norwegian mathematician Niels Henrik Abel.