3 Things Successful People Do On The Daily 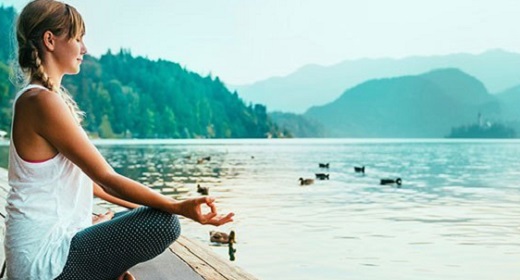 It’s why I’m so interested in the routines and habits of the most successful people. I’ve found once I implement behaviors that have been proven to work, I always experience positive change.

And how do I know that these behaviors are proven? Because of the results that they create for tons of successful people―and because they are backed by science.

When a book comes out that distills the routines of the most successful people, I know it’s something that I have to read. One that I recently picked up was Tools of Titans, Tim Ferriss’ new book. It’s huge―673 pages long!

Over the past few years, Tim has interviewed almost 200 world-class performers, and he distilled all of these interviews into one book. His interviewees included top athletes, entertainers, doctors, investors, entrepreneurs, authors and researchers.

Three practices stood out to me; three things that almost all of the people interviewed for the book do. But they’re behaviors that most of us never even think about. I want to share them with you so that you can see the secrets of the ultra-successful―and be able to transform your own life using these practices.

More than 80 percent of the people Tim interviewed have a meditation ritual. And among those who don’t, most have a practice similar to meditation, such as listening to the same song or artist on repeat.

According to Tim, meditation sets you up for success, because “by practicing focus when it doesn’t matter, you can better focus when it does matter.” Based on his interviews, he found that men tend to like Transcendental meditation, whereas women prefer Vipassana meditation.

When I read these facts in the book, I wasn’t surprised. I already knew the Marines use it to become more resilient in war zones and sports teams, such the Super Bowl-winning Seattle Seahawks, credit meditation with improved performance.

Meditation is one of the best ways to “control your brain,” and science backs this up. It’s like daily exercise for your brain. Meditation is a way to stop that voice in your head. It’s how you silence the voice that tells you to give up and that you’re not good enough.

It also makes you happier, less depressed and anxious, a better decision maker and more compassionate. Tim recommends starting with the apps Headspace and Calm, seeing which one you prefer, and then devoting just a few minutes a day to this practice.

Think about a typical morning: You’re rushing, barely get any food in your system, let alone a nutritious breakfast, getting the kids out the door and leaving the house feeling stressed and like you’re already behind. This was how I felt for years, until I implemented a morning routine into my life.

You see, with a morning routine, you have control over how your day begins. This is really important because research out of Wharton and Ohio State shows that your mood in the morning affects your productivity all day.

Instead of putting out fires from the moment you wake up, you have the time to start your day with a positive mindset and gear up for making the most of the day. So what should be in your morning routine? Most of the people in Tim’s book meditate in the morning and many exercise and journal. I like to plan out the one or two most important tasks I have planned for the day―my “must-dos.”

3. Focusing on Your Strengths

This third practice is less of a routine and more of a mindset. Every single one of us is flawed. We’re all human, after all! Sometimes we make the mistake of thinking that the most successful people got that way because they are somehow less flawed.

This is an absolute fallacy, one that Tim points out in the book. All of the “superheroes” he interviewed have struggled, just like you and me. The reason for their successes is not because they don’t have weaknesses.

Instead, according to Tim, the most successful among us are “walking flaws who have maximized one or two strengths.” We all have our own individual strengths, and it’s the people who discover their own strengths and really develop them who become the most successful.

They set up habits that align with their strengths. Are you a good writer? Than make writing every day a habit. Is connecting one of your strengths? Then make seeing friends a daily routine. Whatever your unique gifts are, work on strengthening them every single day.

And don’t let your weaknesses get you down. The most successful are the ones who stopped focusing on their weaknesses and instead focused on improving their strengths.

Today I challenge you to try out one of these three practices. Spend 10 minutes meditating, plan out a morning routine for tomorrow, or take 15 minutes and work on your signature strength. You’ll be on your way to success in no time.