Happiness Is Practice, Not Pleasure

by On Being: Krista Tippett, host:I’ve had hundreds of big conversations, and my conversation partners share wisdom I carry with me wherever I go… 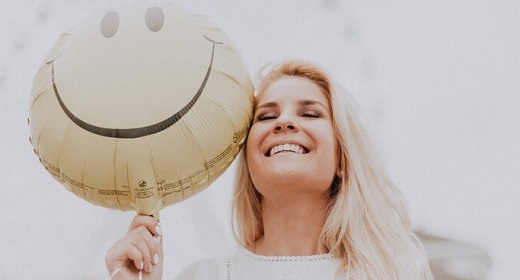 I’ve never thought about happiness the same way since I spoke with the French-born Tibetan Buddhist monk Matthieu Ricard. I like his language of human flourishing as the real aspiration — that happiness is not a sensation or a feeling; it’s a state of being that can encompass all of the things that happen in life.

Ms. Tippett: You’re worldly, wise, and rational. And we also live in this culture where the word happiness gets completely watered down. So I want to talk about how you define happiness, because we have to put a lot of preconceptions to the side.

Matthieu Ricard: Yeah, it is very important, because that’s why, also, this word is so vague.

Mr. Ricard: That you can use it — “buy this toothpaste, and you’ll be happy” and — OK, good luck. I think we should clearly see, what are the inner conditions that foster a genuine sense of flourishing, of fulfillment, that the quality of every instant of your life has a certain quality that you appreciate fully. So you see, it’s very different from — people sometimes imagine that constant happiness will be a kind of euphoria or endless succession of pleasant experiences. But that’s more like a recipe for exhaustion than happiness. Even the most pleasurable thing — you eat something very delicious. Once, it’s delicious. Two, three times, OK. And then ten times, you get nauseous. The most beautiful music, you hear it five times, 24 hours, it’s a nightmare.

If we think of happiness as a way of being, a way of being that gives you the resources to deal with the ups and downs of life, that pervades all the emotional states, including sadness. We think of sadness as incompatible with pleasure, but it’s compatible with what? With altruism, with inner strength, with inner freedom, with sense of direction and meaning in life — those aren’t sad things. But if you don’t fall in despair, still you maintain that wholeness and that sense of purpose and meaning.

Ms. Tippett: So happiness also, the way you describe it, it’s something that can encompass sadness and grief.

Mr. Ricard: Can what?

Mr. Ricard: Encompass every mental state except those who are just opposite, which is like despair, hatred, precisely the mental factors that will destroy inner peace, inner strength, inner freedom. If you are under the grip of hatred, you are not free. You are the slave of your own thoughts. That’s not freedom. Therefore, this is opposite to genuine flourishing and happiness. So we have to distinguish mental factors which contribute to that way of being, the cluster of qualities — like altruistic love, inner freedom, and so forth — from those who undermine that, which is like jealousy, obsessive desire, hatred, arrogance. We call that “mental toxins” because they poison our happiness and also make us relate to others in a poisonous way.

Ms. Tippett: So I imagine that people ask you, “How do I become happy?” What do you say? How do you respond to that?

Mr. Ricard: Well, clearly, by first saying, yes, outer circumstances are important; I should do whatever I can. But I should certainly see that at the root of all that, there are inner circumstances, inner conditions. What are they? Well, just look at you. If I say, “OK, come, we’ll spend a weekend cultivating jealousy,” who is going to go for that? We all know that, even say, “Well, that’s part of human nature,” but we are not interested in cultivating more jealousy, neither for hatred, neither for arrogance. Those will be much better off if they didn’t have such a grip on our mind. There are ways to counteract those, to dissolve those. I mean you cannot, in the same moment of thought, wish to do something good to someone or to harm that person. Those are mutually incompatible, like hot and cold water. So the more you will bring benevolence in your mind at every of those moments, there’s no space for hatred.

That’s just very simple, but we don’t do that. We do exercise every morning, 20 minutes, to be fit. We don’t sit for 20 minutes to cultivate compassion. If we were to do so, our mind will change, our brain will change. What we are will change. So those are skills. They need to be, first, identified, then cultivated. What is good to learn chess? Well, you have to practice and all that. In the same way, we all have thoughts of altruistic love. Who doesn’t have that? But they come and go. We don’t cultivate them. Do you learn to piano by playing 20 seconds every two weeks? This doesn’t work. So why, by what kind of mystery, some of the most important qualities of human beings will be optimal just because you wish so? Doesn’t make any sense.

I have a friend who is 63 years old. He used to be a runner when he was young. He gave up running. Now a few years ago, he started again. He said, “When I started again, I could not run more than five minutes without panting for breath.” Now last week, he ran the Montreal Marathon at 63. He had the potential, but it was useless until he actualized it. So the same potential we have for mind training, but if we don’t do anything, it’s not going to happen because we wish so.