The Best Images From India’s Global Celebration Of Yoga

The fact that a physical, mental and spiritual practice that originated in India

is now a multibillion-dollar industry around the globe has not escaped the current government’s attention. 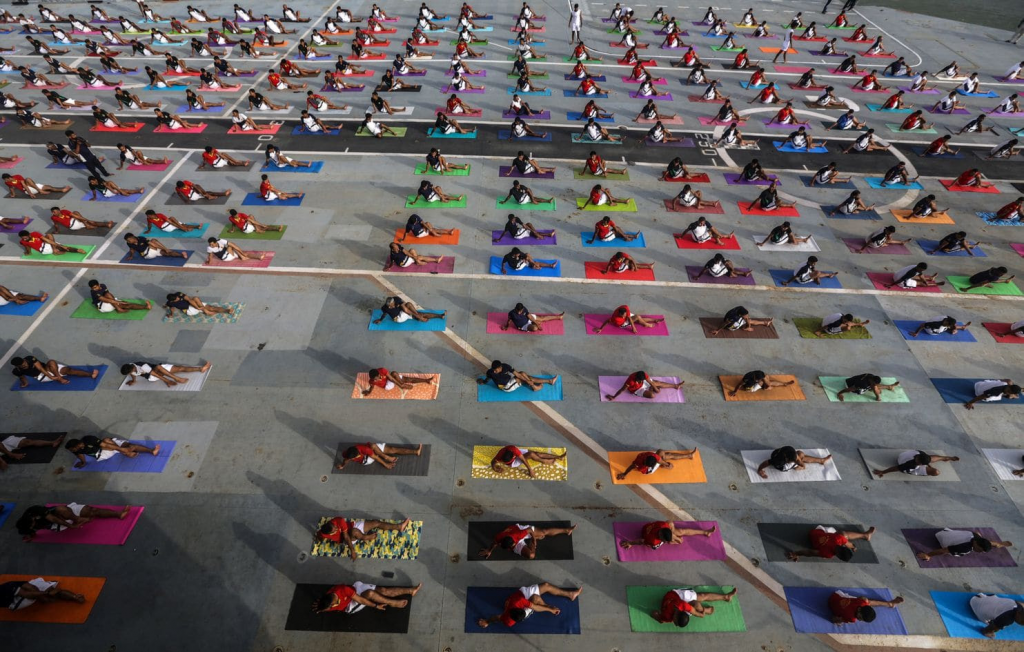 Indian Navy personnel take part in a yoga session to mark the fifth International Day of Yoga on the deck of the decommissioned Indian Navy aircraft carrier INS Viraat, in Mumbai on Friday. (Divyakant Solanki/EPA-EFE/REX/Shutterstock)

Yoga is source of tourism for India and also an opportunity for Modi — who recently won reelection in a landslide — to portray the country as a spiritual leader. He often speaks of his desire to turn India into a “vishwa guru,” a country which acts as guru, or teacher, to the world.

Studiously absent in the official celebrations of International Yoga Day is any mention of Hinduism. “Yoga is for all and all are for yoga,” Modi tweeted on Friday. The product of thousands of years of history and multiple religious and geographic influences, the question of yoga’s parentage is a complex one.

But its roots in ancient Hindu texts and philosophy make it a natural fit for a Hindu nationalist politician like Modi. For politicians sharing Modi’s views, yoga’s origins together with its enormous secular popularity add up to “the perfect vehicle to create a shared national consciousness,” wrote novelist Manil Suri.