by Jon Darrell-Rew: One of the gifts of our globalised postmodern society is that we increasingly have access to all the different knowledge… 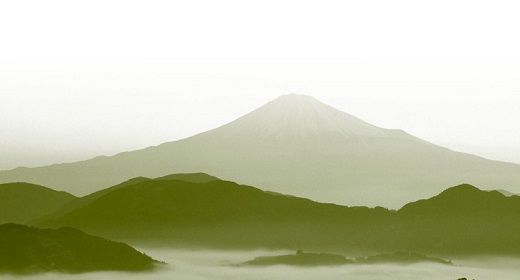 and wisdom that different communities over time have generated on what it means to live an awakened life. This is an incredibly precious opportunity, and yet it has left the spiritual market saturated, with many sincere seekers overwhelmed by the vast amount of spiritual teachings, events and options out there and not knowing how to find their way into a genuine path of growth, transformation and awakening.

In the sea of information this produces, awakening is a word that gets a lot of press. It’s used a lot in spiritual circles. The confusing thing for a lot of people though, is that it is often used in very different ways. I’ve observed this a lot, and felt it might be helpful to write this piece to outline some of the different ways that different communities use this word. As I’ll go onto suggest, while all of them are valid and entail real shifts in a way an individual relates to themselves, others and the world, it’s important we differentiate these different forms of awakening.

Sometimes people use the word awakening to describe some kind of shift or intensification that happens at the level of the body and energy system and that has powerful effects on the way they experience themselves and the world. This form of awakening is often described among practitioners of pathways like Kundalini Yoga, Hatha Yoga, Neo-Tantra, Sacred Sexuality, Tai Chi or other forms of body, sexuality, or energy-based practice. Suddenly there is a new voltage of energy that is released within their body and mind and that begins to circulate through their being. This might be temporary or permanent, but energetic openings like this often dramatically open someone up to new levels of consciousness, embodiment, and energetic intensity. Sometimes people can find this very challenging actually, and it is important to explore these things carefully.

2. Awakening The Mind
Sometimes people use the word awakening in relation to some shift that happens at the level of the mind . This might involve the dawning of some new intellectual insight. Perhaps we have one of those beautiful moments where we realise something new about the word or a piece of information clicks into place to broaden, deepen and enrich our whole understanding of life. This way of understanding awakening – where it relates to some new piece of information being able to fully land in the mind – is often described as having happened when people suddenly start to objectify their lives in a new way, and perhaps decide to disengage from collective society, the conventional world, or relative reality as a whole (e.g. samsara in Buddhist cosmology).

Another way that awakening has started to be discussed in relation to the level of the mind is in connection with mindfulness. As the global interest in mindfulness increases, more and more people thinking of what it means to be “awake” in terms of being mindful, present, in the now, aware and really here and available to the moment.

3. Awakening A New Personality
Sometimes people use the word awakening for a shift that occurs at the level of the personality as a whole. This might involve someone having a deep breakthrough in their sense of personal connection to themselves, personal authenticity, personal integration, and their sense of their path in life. In such shifts as these, previously unintegrated aspects of their being are able to be newly included in the fullness of their unique individual self.

4. Awakening The Soul
And then also, sometimes people use the word awakening for processes that happen at the level of the soul. As the spiritual teachings of the world tell us, as souls we are journeying spiritual beings passing through this human experience in a continually unfolding path of learning and growth. When awakening is described in terms of shifts that happen at the level of the soul, it often involves a series of significant expansions of consciousness, the individual’s sense of presence, and the voltage of energy running through their system.

Sometimes slowly and sometimes in great explosions of opening, their consciousness expands so as to embrace the whole world and touch the cosmos. This could also involve, for example, opening to a deeper connection to God, to Christ, to some deity or archetype, to the Earth as a whole. As this happens, more and more new information and insight starts to percolate into their awareness, and they increasingly know themselves as continually evolving soul in a living cosmos.

5. Mystical Awakening
A final form of awakening I’ll describe here relates to what the nondual mystical traditions (e.g. Vedanta, Vajrayana Buddhism, Zen, Kashmir Shaivism, Sufism, Adidam) understand by the term “awakening”. This is awakening at the level of Ultimate Reality, the Ground of Being . Here, instead of the relative body and mind of an individual experiencing expansions of consciousness, intellectual insights, new levels of connection to their personal self or some significant energetic opening, now any sense of separation between self and world utterly collapses.

All experience of an external world or an internal self is burned through by the infinite awake light that is realised to be one’s true nature, without there being any realiser left to know it. All stories of there even being a separate self navigating a separate world are seen through in an awakening that involves no self that remains to claim it. Then, there is simply Reality knowing itself as the indivisible space of naked consciousness, light, presence, openness, love and energy, emanating as the entirety of creation.

Within the nondual mystical traditions, they are very careful to make sure that the word awakening is reserved only for this form of opening. When the realisation becomes stable, and then has burned through and transfigured the entirety of a practitioner’s body, emotional field and mind so that they operate in total harmony with it, they then call it enlightenment.

Source: The Way of Meditation