by Christina Hernandez Sherwood: When you benefit from kindness, experts say, “You don’t go back to being your ‘old selfish self…'” 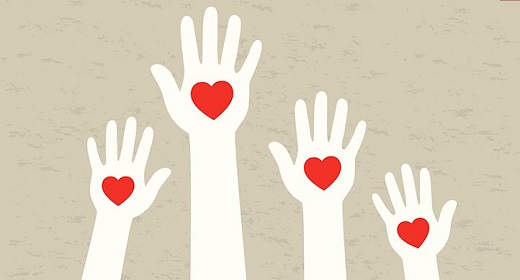 In the 2000 movie Pay It Forward, a 12-year-old boy’s social studies project — to change the world by doing three good deeds for people, who in turn do three good deeds for others, and so on — becomes a national movement. The concept is lovely, but is it really possible to spread generosity?

A new study by researchers at the University of California, San Diego and Harvard University suggests it is. Their work, published this week in an online edition of the Proceedings of the National Academy of Sciences, provides laboratory evidence that cooperative behavior spreads between people. Those who benefit from kindness tend to find it contagious — and “pay it forward” by helping others.

The authors, James Fowler, an associate professor of political science at UC San Diego, and Nicholas Christakis, a Harvard sociology professor, showed that when one person gave money in a “public-goods game” to help others, the recipients were more likely to give money away in the future. (Because the research participants were strangers and never played twice with the same person, direct reciprocity was eliminated.) The domino effect continued as more people were swept up in the tide of kindness and cooperation, according to the researchers. In short, Fowler said: “You don’t go back to being your ‘old selfish self.'”

“Though the multiplier in the real world may be higher or lower than what we’ve found in the lab, personally it’s very exciting to learn that kindness spreads to people I don’t know or have never met,” Fowler said. “We we don’t typically see how our generosity cascades through the social network to affect the lives of dozens or maybe hundreds of other people.”

Fowler and Christakis, who co-authored the book Connected: The Surprising Power of Our Social Networks, have also studied the contagious spread of obesity, happiness and loneliness. According to the researchers, their “pay it forward” study was the first work to document experimentally their findings that social contagion travels in networks up to three degrees of separation. It also corroborated evidence from other observational studies on the spread of cooperation.