by Pam Wright: Nearly 90 percent of Americans are unaware that there is a consensus within the scientific community that human-caused climate change 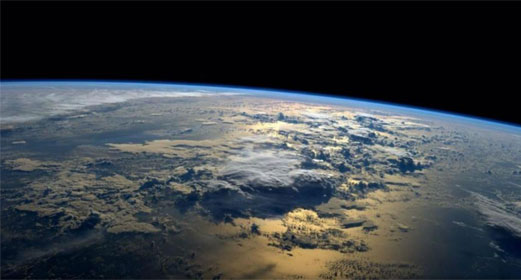 is real and threatens the planet, a new report says.

The annual survey of 1,266 adults compiled in May and June failed to note that it is actually 97 percent of climate scientists that concur that human-caused global warming is happening.

The most common but incorrect response from the survey was that there is a 50 percent consensus among the scientific community that global warming is real and human-caused. One in four responded that they did not know. 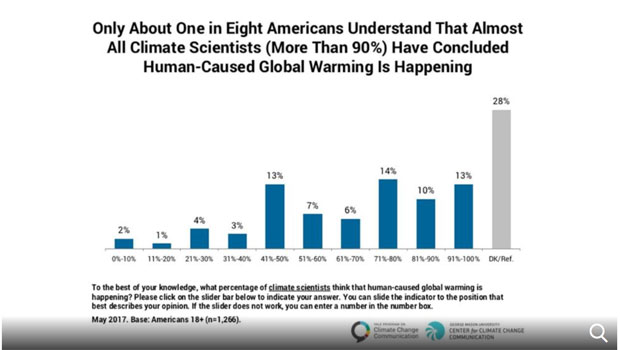 “Public misunderstanding of the scientific consensus – which has been found in each of our surveys since 2008 – has significant consequences,” the researchers note in the Yale-GMU report.

“Other research has identified public understanding of the scientific consensus as an important ‘gateway belief’ that influences other important beliefs,” the researchers said, including the beliefs that global warming is happening, is human caused, is a serious problem and is solvable.

Researchers also noted that this lack of understanding hinders support for action.  On the other hand, seven in 10 Americans do believe climate change is happening, which nearly matches the highest level (71 percent) recorded since the survey began 2008. Over half of Americans (58 percent) believe global warming is mostly human-caused — the highest number recorded since the survey began — while 30 percent say it is mostly a natural occurrence.