Developing Your Yogic Superpowers To Make The World A Better Place

Anyone who casually skims the verses of The Yoga Sutra, the third century root text available in nearly every yoga studio, bumps into a most perplexing fact… 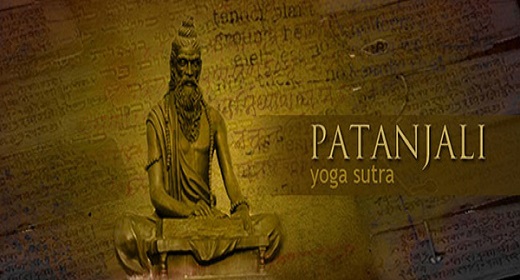 So what exactly are the causes for superpowers? And how can we develop them within ourselves to make the world a better place?

The Buddha first taught the Four Immeasurables around 500 B.C.E. These attitudes were so well known in ancient India during Patanjali’s time that he could simply say “the powers are found in love and the rest” and everyone who was supposed to know, would understand the code.

So how can you can you develop these attitudes in your own heart? One of the most effective ways is to follow the Buddhist heart-opening practice of Exchanging Self and Others. This essential practice was taught by the eighth century master Shantideva. After giving this teaching, a hall full of monks reported Shantideva flew out of the temple into the sky. This practice has four simple steps that you can put into practice immediately in your daily life.

1. Recognize that everyone wants to be happy. We are all bliss seekers and pain avoiders. Give anyone even the simplest of choices and people will always choose what that they believe will lead to happiness. Even when people act out or act badly it’s because they are trying to get something that they believe will make them happy. When we can recognize that we are all the same in this way, we can begin to wish happiness for everyone.

2. Recognize a tendency of mind to think more about yourself. Here’s the thing: villains are always trying to get stuff for themselves at the expense of others. Heroes are always willing to sacrifice themselves to protect even total strangers. As you go about your day, do you want to be a hero or a villain?

Think about these two choices like black and white rocks on an ancient scale. Every time you worry about yourself, stack a black rock on one tray. And every time you think about making someone else happy, stack a white rock. At the end of the day, which way does the balance tip?

3. Watch for what other people want. Now wherever you go, use your eyes, ears, and mind to pay attention to what other people want. Try to stand in their shoes and see how they see the world. Maybe someone just wants their talents recognized with a little praise. Or maybe someone is having a hard time on a project and could use an extra hand. Or maybe someone wants a friend to treat them to a nice dinner and listen to their stories. Stay on the look out for a chance to help like a hero, without wanting anything in return. 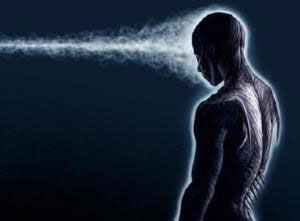 4. Make the exchange. When you see some way to help someone, act. Decide that you will make efforts using whatever skills and abilities you have to help that person get what they want to feel happier (as long as it’s not hurting someone else, of course). When you are totally focused on ensuring another person’s happiness, you are transforming a habitual, human tendency to be self-centered–that villain energy–into gaining a supernormal habit to serve other people’s happiness first.

Just start small and build up. Anything can become a habit of mind if you keep at it. And we are talking about going from a normal person to a superyogi.

A most curious thing happens if you keep this practice up. Watch as you become happier and the people in your world become happier. As Master Shantideva explains in one of the most important teachings ever given:

So there is a reason that villains never get happy endings. They are only thinking about themselves.

If you keep this practice of Exchanging Self and Others going for a while, another curious thing can happen. You’ll get so good at getting your small self out of the way–and serving others as if they were you–that according to ancient Buddhist and Yoga texts, you can begin to be able to read minds. As Master Patanjali explains in The Yoga Sutra, “With the necessary cause, one can read the minds of others.”

One fortunate thing about yogic superpowers is that they usually only come to people who can get their small self out of the way and care for everyone. This is why miracles in history are usually performed by saints who are focused on alleviating the suffering of others.

True, an occasional villain slips in because powers can be gained and then corrupted, but generally supernormal abilities belong to saints who want to serve others.

Let’s just hope you will use your yogic supernormal powers for good.