What Overusing Exclamation Marks Says About You

by Philip Cowell: The 45th President of the United States is a big fan of a particular type of punctuation – but what does this addiction really mean? Philip Cowell finds out… 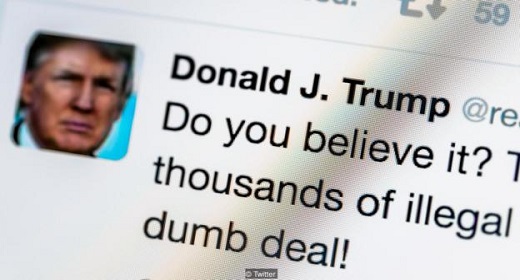 There is really only one rule when it comes to the exclamation mark: don’t use it. This is an exaggeration of course! In fact, rare usage is the point: the Chicago Manual of Style says the exclamation mark ‘should be used sparingly to be effective.’

The 45th President of the United States does not use the exclamation mark sparingly. In the Oval Office, exclamation points (the US term) are being issued more frequently than executive orders. According to the Trump Twitter Archive, in 2016 alone the @realDonaldTrump posted 2,251 tweets using exclamation marks. The ‘alternative facts’ are there for all to see: of 100 tweets I not-very-randomly picked, he used exclamation marks in all but 32 of them. That’s a 68% likelihood of signing off a tweet with a shriek!

As that other big man of the United States – Bill Bryson – writes, the exclamation mark is classically used ‘to show strong emotion (“Get out!”) or urgency (“Help me!”).’ If part of the point of punctuation is to change the timbre of the voice – another part is to get you out of a hole. Punctuation saves lives: there’s a meaningful difference between ‘Duck’ and ‘Duck!’ Both of Bryson’s examples are notable for the underlying sense of emergency, need for security, and atmosphere of fear. No wonder, then, that newspapers have historically referred to exclamation marks as ‘astonishers’, ‘gaspers’ and ‘screamers’; no wonder newspapers have been their most voracious advocates. 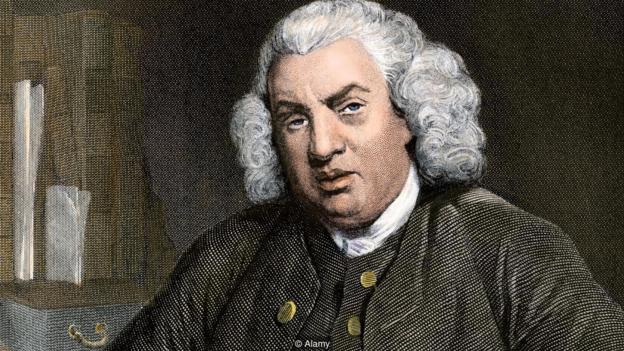 The loud-mouthed exclamation mark had much quieter origins. In the late 14th Century it was called ‘the point of admiration’; by the 17th it had even become the ‘wonderer’. Welcoming, admiring, thanking and appreciating: these are the angels of the mark’s original usage, ones that might appeal to us haggard late post-moderns. And it’s gendered too: recent studies show that women are more likely to use exclamation marks, not because women are supposedly more ‘emotional’, but because they tend to express their admiration more. Interestingly, one commentator noted that Trump was allowed to get away with more ‘hysterical’, ‘female’ traits during the election campaign, while his opponent – Hillary Clinton – was heavily criticised for not being ‘female’ enough: in effect, she didn’t use enough exclamation marks.

The exclamation mark is the selfie of grammar

The idea of shifting from admiration to exclamation is telling: admiration is about something outside of you (‘Look at your achievement!’); exclamation is all about you (‘Aye me!’): the exclamation mark is the selfie of grammar. In fact, the duplicity of the mark has been there for a long time. In Randle Cotgrave’s French/English dictionary of 1611, the author describes it as ‘the point of admiration (and of detestation)’. (As a fan of punctuation, I’m rather fond of those cloak-and-dagger brackets.) It was the bibliophile Dr Johnson who then coined the term ‘exclamation’ for ‘pathetical’ sentences – those involving passions – from where it became the ‘exclamation point’ in the USA and ‘exclamation mark’ in Britain. (For more on this fascinating history, I point you to David Crystal’s Making a Point.)

‘The mark of the internet’

Punctuation marks in general, and exclamations in particular, were much more frequently used up until the end of the 19th Century. The Victorians had a real predilection for the exclamation mark. Anton Chekhov even wrote a short story for them called The Exclamation Mark – about a paranoid civil servant, very unlike Trump, who in 40 years realised he hadn’t used an exclamation mark once. After the turn of the century, it was the lexicographer Fowler brothers, in their King’s English from 1906, who called for all quiet on the exclamation front, arguing in favour of the ‘lighter’, more minimal punctuation we still use today – a backlash against the grammatical excesses of their grandparents. 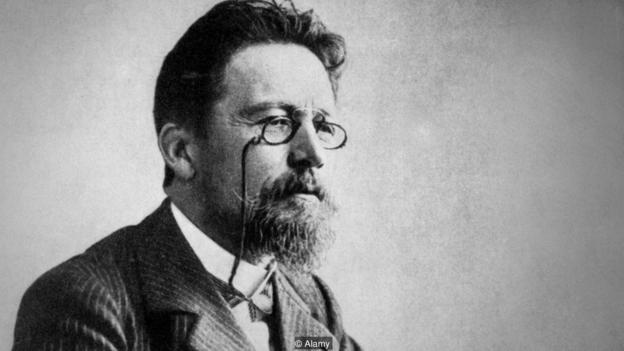 19th-Century writers had a predilection for the exclamation mark – Anton Chekhov even wrote a story about one (Credit: Alamy)

On exclamation marks the Fowlers were typically definitive: ‘The stop should be used, with one exception, only after real exclamations.’ The ‘real exclamations’ they describe are roughly what we already know (interjections, expletives, commands, pronouncements of surprise); the exception they refer to is rather telling: for ‘when the writer wishes to express his own incredulity or other feeling about what is not his own statement, but particularly a quotation from someone else.’ This is, they continue, when the exclamation mark is ‘a neat and concise sneer’. 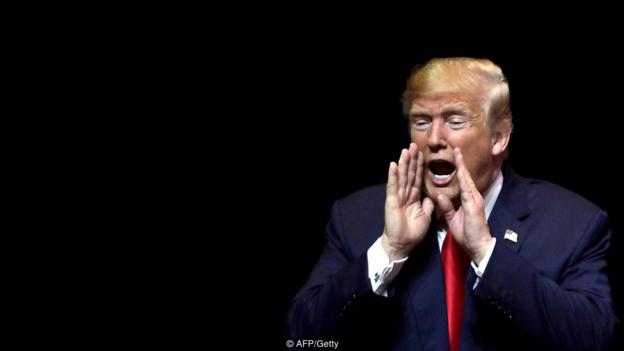 Trump’s overuse of the exclamation on Twitter displays wonderment, but fear and sneer too (Credit: AFP/Getty)

The exclamation mark is certainly not an uncomplicated piece of punctuation: but this is no sophisticated colon ‘delivering the goods that have been invoiced in the preceding words’ (the Fowlers again); nor is this the ‘drooping moustache’ of the semicolon with a ‘gamey taste’ (Adorno). The exclamation mark lacks the rigour of the life-breathing comma, sorting out our lives for us, bit by bit, and it certainly doesn’t have the pace of the dash – used so beautifully devastatingly by Emily Dickinson. No subtlety for the exclamation mark, unlike the ellipsis – spot those hidden ‘lips’ – with that sense of a kiss…

It is anyone’s guess why the Tweeter of the Free World is so free with his exclamation points. There’s admiration there, for sure, and wonderment, I think. But there’s fear, too, it cannot be denied: fear and sneer. Overuse of any punctuation mark tells us something about ourselves, in the same way overuse of any object does. How you punctuate your sentences might have something to do with how you punctuate your life. What now for the mark of admiration and detestation? To end on one of Trump’s own: Stay tuned!

Philip Cowell’s new book about punctuation, This Is Me, Full Stop, is published by Penguin later this year.