by Bridie Schmidt: American auto giant General Motors (GM) says it has, like Tesla, been working on a “million mile battery” and that it is “almost there”… 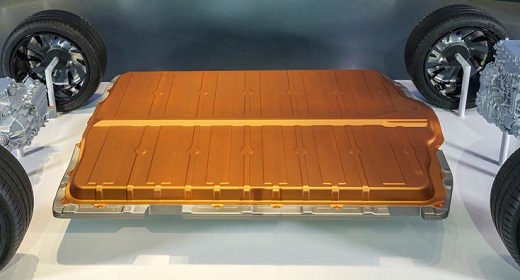 It is also developing a next-generation battery that will supercede the Ultium battery first revealed at GM’s “EV Day” in March, according to a report from Reuters.

GM Executive VP Doug Parks made the comments on Tuesday  at an online investor conference, and while the executive did not reveal a timeline for when GM might introduce a long-mileage battery, he did say that GM had “multiple teams” working on a variety of battery technologies including no-cobalt electrodes, solid state electrolytes and ultra-fast charging technology.

The Ultium battery introduced in March are unique because they are configured in a pouch-style format that can be stacked vertically or horizontally, GM said in a press release at the time.

Depending on how a vehicle is configured, GM could offer cheaper EVs with a 50kWh battery or up to 200kWh batteries for top end electric vehicles with longer range.

GM also said that larger electric vehicles, such as utility vehicles (utes) and trucks, would be available with an 800 volt architecture to allow ultra-fast 350kW charging capabilities, such as the promised electric Hummer, now postponed due to the Covid-19 pandemic.

It did not however discuss the lifespan of its Ultium batteries.

The ability to come through with a battery that can last many thousands of cycles, instead of just one or two thousand, would give the legacy car maker considerable leverage in the rapidly changing auto market.

According to a recent report on the outlook of electric vehicles by Bloomberg New Energy Finance, electric vehicles are expected to reach 28% of all new car sales by 2030 and 58% by 2040. Others believe it could be much higher.

Key to success for automakers in the transition to electric mobility will be bringing the price of making batteries below $100/kWh to achieve price parity with internal combustion engine vehicles, something that General Motors said in April it was achieving as part of its partnership with South Korean LG Chem.

But whether it can reach the purported $80/kWh pack price that Tesla has achieved in collaboration with China’s CATL as The Driven covered on Monday remains to be seen.