The Rise Of The Bumbling Dad Stereotype In Modern Day

by (LA Independent): Before the rise of the ever popular and all-encompassing Internet, advertisements were limited to print and television ads… 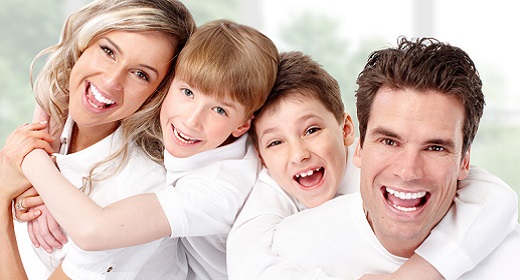 Now, almost everything is done digitally, and online advertising has grown exponentially in recent years (it might even surpass TV advertising sometime in 2017).

What’s interesting to note is that even with the rise of the Internet, many advertising campaigns have stayed with relatively the same themes. One famous example of this is the stereotype of the bumbling dad. In the traditional version of this stereotype, a chubby, balding, middle-aged dad is shown to be completely flummoxed by even the simplest domestic chore — usually to be rescued by a strangely attractive TV mom.

While it is a silly, outdated stereotype, television shows and commercials have popularized the idea of a helpless man who has to rely on his wife to complete even the smallest of tasks around the house. For example, even though indoor plumbing has been around since 2,500 B.C., many advertisements make it seem like men are domestically incompetent and can’t do anything.

“The Bumbling Husband is that lovable but incompetent man who just can’t seem to keep himself out of trouble, much less keep a house in order. He is Homer Simpson, Peter Griffin and the father so immersed in the Big Game that he puts a diaper on the dog and gives a chew toy to the baby because he simply can’t tear his eyes from the screen. He is constantly disappointing his eternally competent wife who loves him despite his inability to contribute to the running of the house.”

Men find the bumbling dad offensive because it portrays them as buffoons, while moms say that it plays into gender stereotypes that say a woman’s place is in the home. Despite these frustrations, the bumbling dad has proved to be an enduring stereotype.

So where did this idea come from in the first place? Here’s a quick history of the infamous, bumbling TV dad.

Interesting enough, in the height of the feminist movement, women were quick to criticize the media for portraying men in a bad light. In 1963, author Betty Friedan mentioned in The Feminist Mystique that it is insulting to both men and women to assume that housekeeping is only a woman’s responsibility. In spite of this critique, the incompetent father remained a mainstay of advertising.

Many ad campaigns during this time were focused on men being rugged and meant for the outdoors. Keeping with this theme, Marlboro’s cigarette ads showed rustic cowboys, the entire nation was singing the Village People’s “Macho Man” and watching television shows with Magnum P.I fighting crime and riding around in a Ferrari. Due to this, it was implied that men were too rugged for the home; they were too busy providing for the family to even think of mundane tasks such as washing the dishes and doing the laundry (poorly).

Men in advertisements are now becoming particularly clumsy at home, and there are still commercials showing rugged men trying to make home improvements with wild abandon. But since more women are in the workforce than ever before, the stay at home dad is becoming more prominent in the media. Instead of showing the father as a confident homemaker, he is now clumsy, out of his place, and staying home not because of desire but due to bad luck.

Homer Simpson is one famous bumbling dad, but he’s just one of many. Think of Hal from “Malcom in the Middle” or Ray Romano in “Everybody Loves Raymond.” Even shows like “Home Improvement,” which featured Tim Allen fixing things like only a real man can, still portrayed sitcom dads as domestic terrorists.

In the past, the vast majority of advertising took place on television and in print. Today, the online marketing industry has absorbed billions of dollars in advertising and marketing revenue. However, the bumbling dad stereotype has finally entered a new era thanks to the Internet.

For example, in 2012, diaper company Huggies aired a commercial that portrayed dads in a typically negative light. The ad featured dads who were so clueless they would forget to change their kids’ diapers. However, when the ad hit the Internet, social media lit up with angry moms and dads alike. Ultimately, the ad was pulled from the airwaves. That’s just one example of advertisers catching up to the culture and retiring the bumbling dad stereotype.

In 2015, stay-at-home dad Chad Prevost even declared in The Washington Post that we had finally reached “the end of the dumb dad era.”

What’s next for the bumbling dad? Hopefully, 2017 will bring an end to this stereotype, but one can never be too sure.