When Mask-Wearing Rules In The 1918 Pandemic Faced Resistance

by Becky Little: Most people complied, but some resisted (or poked holes in their masks to smoke)… 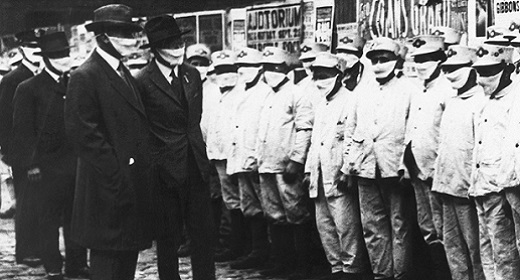 The influenza pandemic of 1918 and 1919 was the most deadly flu outbreak in history, killing up to 50 million people worldwide. In the United States, where it ultimately killed around 675,000 people, local governments rolled out initiatives to try to stop its spread. These varied by region, and included closing schools and places of public amusement, enforcing “no-spitting” ordinances, encouraging people to use handkerchiefs or disposable tissues and requiring people to wear masks in public.

Mask-wearing ordinances mainly popped up in the western states, and it appears most people complied with them. The nation was still fighting in World War I, and officials framed anti-flu measures as a way to protect the troops from the deadly outbreak.

The first recorded infection was in a U.S. Army private stationed at Fort Riley, Kansas on March 4, 1918. Although the United States and the other nations at war initially suppressed news of the flu (neutral Spain freely reported it, hence the misnomer “Spanish flu”), there was a sense that following these new health precautions was patriotic.

As one Red Cross PSA put it, “the man or woman or child who will not wear a mask now is a dangerous slacker.” This sense of wartime duty—and the fear of being seen as a “slacker”—may have motivated those who complied with mask orders in cities like San Francisco, Seattle, Denver and Phoenix.

Yet even though compliance was high, some complained that the masks were uncomfortable, ineffective or bad for business. Officials were caught in public without masks. And after the war ended, and there was no longer a sense that people should wear masks to keep the troops safe, some dissenters even formed an “Anti-Mask League” in San Francisco.

Masks Were Made of Gauze or Even More Porous Material 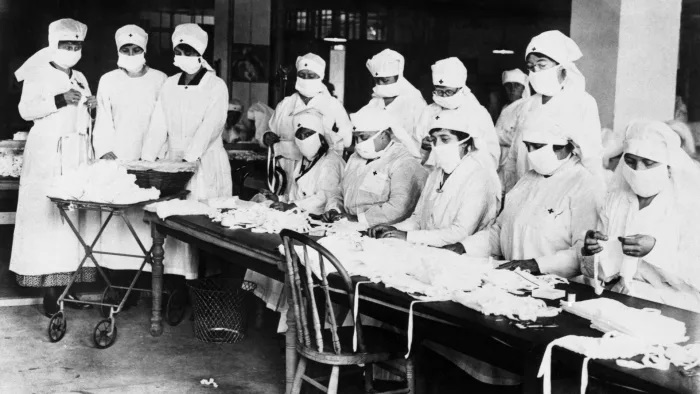 In 1918, advanced masks like the N95s that healthcare workers use today were a long way off. Surgical masks were made of gauze, and many people’s flu masks were made of gauze too. Red Cross volunteers made and distributed many of these, and newspapers carried instructions for those who may want to make a mask for themselves or donate some to the troops. Still, not everyone used the standard surgical design or material.

“To entice people to get them to wear them, [cities] were pretty lax in terms of what people could wear,” says J. Alex Navarro, assistant director of the Center for the History of Medicine at the University of Michigan and one of the editors-in-chief of The American Influenza Epidemic of 1918-1919: A Digital Encyclopedia.

In October 1918, the Seattle Daily Times carried the headline “Influenza Veils Set New Fashion: Seattle Women Wearing Fine Mesh With Chiffon Border to Ward Off Malady.” These “fashionable” masks and others made from dubious material probably weren’t helping much. Yet there was also debate within the medical and scientific community about whether multiple-ply gauze masks were effective either.

For instance, Detroit health commissioner J.W. Inches said gauze masks were too porous to prevent the spread of the flu among the public. Also, masks are most effective when worn properly, which wasn’t always what happened. In Phoenix, where most people apparently complied with the city’s mask order, some nonetheless poked holes in their masks to smoke—which greatly reduced their effectiveness.

Still, for the small percentage of people who went without a mask entirely, reports suggest their issue had less to do with the science behind them, and more to do with personal comfort.

“You read routinely about people not wanting to wear them because they’re hot and stuffy,” says Nancy Bristow, chair of the history department at the University of Puget Sound and author of American Pandemic: The Lost Worlds of the 1918 Influenza Epidemic. “Some people argue against them because they say that they create fear in the public, and that we want to keep people calm; which I think is really an excuse to critique them because someone doesn’t want to wear them.” 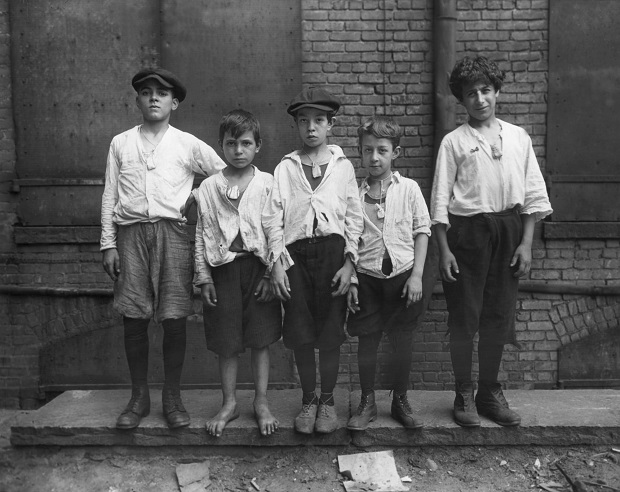 Some businesses worried customers would shop less if they had to wear a mask when they went outside, and some people claimed mask ordinances were an infringement upon civil liberties. Yet “more important in terms of critiques,” Bristow says, “is this idea that we’ve heard today as well that they give people a false sense of security.” As she points out, wearing a mask is less effective when people don’t follow other health guidelines too (and especially if some are poking holes in their masks to smoke).

Cities that passed masking ordinances in the fall of 1918 struggled to enforce them among the small portion of people who rebelled. Common punishments were fines, prison sentences and having your name printed in the paper. In one horrific incident in San Francisco, a special officer for the board of health shot a man who refused to wear a mask as well as two bystanders.

This was far different from the treatment San Francisco’s leaders received when they didn’t comply. At a boxing match, a police photographer captured images of several supervisors, a congressman, a justice, a Navy rear-admiral, the city’s health officer and even the mayor, all without masks. The health officer paid a $5 fine and the mayor later paid a $50 fine, but unlike other “mask slackers,” they received no prison time (not to mention no one shot at them).

Mask-Wearing Declines After the War 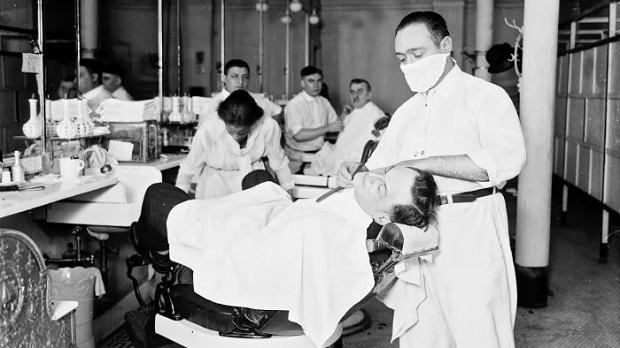 San Francisco’s first masking order began in October and ended in November after the World War I armistice. In January, when flu cases began to surge again in San Francisco, the city implemented a second mask order. This time, the resistance was much more intense. A group of dissenters that included a few physicians and one member of the Board of Supervisors formed the “Anti-Mask League,” which held a public meeting with over 2,000 attendees.

Navarro speculates the resistance to San Francisco’s second mask order may have been more intense because the country was no longer at war, and some residents didn’t feel the same sense of patriotic duty they had before. In any case, the city was an outlier. It doesn’t appear that there were similar leagues or protests in other cities.