by (Harvard Health): Too much time together makes for tense moments. Cutting each other some slack and setting ground rules will help… 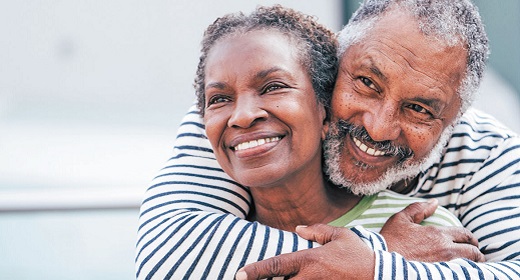 There’s such a thing as too much togetherness at home, no matter if you’re with a romantic partner, an adult child, a grandchild, or a friend. “Because of the pandemic, we’re frozen in place with people, but we aren’t meant to be in the same space all day long,” says Dr. Robert Waldinger, a psychiatrist with Harvard-affiliated Massachusetts General Hospital.

Keeping the peace starts with understanding why you may be getting on each other’s nerves. Then you can try following a few rules to get along better.

Many factors may be contributing to the tension you’re experiencing.

Stress. “We’re all under an enormous amount of stress, the result of the pandemic as well as the political and social climate in the United States. It’s scary, and the anxiety is affecting relationships. We’re all sadder or more anxious and on edge than usual,” Dr. Waldinger explains.

Close quarters. The limits of your home’s footprint — even a large one — can be frustrating. “It may not feel like enough space. And some people are living together in just a few rooms. You need space to get a break from each other,” Dr. Waldinger says.

Isolation. We’re wired to be social animals; it is very upsetting not to see friends and family you’re used to seeing.

Generational differences. If you’re living with adult children and their kids, you may find it hard to understand their behavior. “Adult children may be bossing you around. And I hear a lot of people saying they’re annoyed with teenagers whining about not seeing friends even though people are dying in the pandemic,” Dr. Waldinger says.

Steps to get along

You can use a number of approaches to ease the tensions at home.

Cut each other some slack. “When someone snaps at you, take a breath and remember that they, like you, are under more stress than usual,” Dr. Waldinger advises.

Balance closeness with distance. Find a place where you can take time away, whether it’s your own little corner, another room, or a safe location outside the home.

Set up boundaries. Agree to the times you can be together and times when you can be apart. “Maybe come together for lunch and dinner, but go your separate ways in between,” Dr. Waldinger suggests.

Be sensitive to generational differences. “Adult children may be telling you what to do because they’re worried about your safety,” Dr. Waldinger explains. “And remember the developmental task of teens is finding out who they are through friendships and romances. For many teens, being able to be with friends can seem more important than the dangers of an infection.”

Let go of expectations. “If we get annoyed with each other, it doesn’t mean there’s something wrong with the relationship. That’s when cutting each other some slack is really important,” Dr. Waldinger says. “And remember, nobody is happy all the time, and that’s not a problem. Sometimes you’ll be gloomy. It’s okay.”

Improve communication. Use “I” phrases. “Find ways to communicate that don’t accuse or find fault with others. Simply lay out a problem and ask for help solving it,” Dr. Waldinger says. “For example, if it bugs you that dirty dishes are there long after someone promised to wash them, say ‘I’m in a bind. I don’t know whether you’re going to do them or if I should go ahead and clean up.’ That leads to better results than saying ‘You’re lazy’ or ‘You’re doing this to me.'”

Talk about what’s bothering you. When one person gets annoyed because the other did something trivial, like leaving the toothpaste cap off the tube, it’s really just the tip of the iceberg. “The iceberg may be an unspoken feeling that you’re not heard when you ask someone to do things or that the other person doesn’t care,” Dr. Waldinger explains. “When you can talk about the bigger concerns, you have the chance to talk about what’s really important.”

Get some perspective. You have the wisdom to know life can be short. “That can put things into perspective. Do you really want to argue about who’s doing the dishes? Is it worth getting angry?” Dr. Waldinger asks.

Good relationships are worth the effort. For starters, they’re good for your health. “They ease the stress that gets translated into body processes like chronic inflammation, which can affect the cardiovascular system, joints, and brain,” says Dr. Waldinger.

And in the big picture, relationships will get us through these trying times, something Dr. Waldinger has learned as the director of the Harvard Study of Adult Development (an ongoing study that’s followed hundreds of men and their families since 1938). “When we look back at how people got through the crisis of World War II, people uniformly said the key was their relationships. That’s something we should think about today.”