Is A Kundalini Awakening Safe?

by Nora Issacs: The free flow of energy flows up through the chakras leads to an expanded state of consciousness—but is it safe? 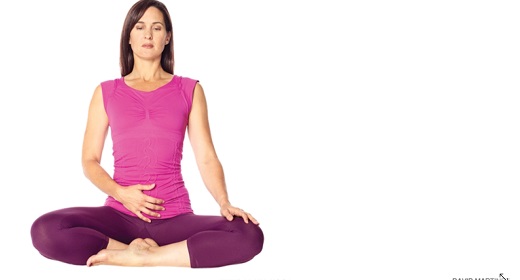 Are you ready to discover your life’s purpose and activate your fullest potential? Kundalini Yoga is an ancient practice that helps you channel powerful energy and transform your life. And now there is an accessible, easy way to learn how to incorporate these practices into your practice and life. Yoga Journal’s 6-week online course, Kundalini 101: Create the Life You Want, offers you mantras, mudras, meditations, and kriyas that you’ll want to practice every day.

The free flow of energy flows up through the chakras leads to an expanded state of consciousness—but is it safe?

According to Tantra, kundalini energy rests like a coiled serpent at the base of the spine. When this dormant energy flows freely upward through the seven chakras (energy centers) and leads to an expanded state of consciousness, it’s known as a kundalini awakening.

For some, the experience can be blissful and filled with feelings of love and a sense of the interconnectedness of all things. For others, it can feel more like a bad drug trip, or even a psychotic break, where practitioners go through altered sleep cycles, changes in identity, or depression. This discrepancy has led many Westerners to fear the coiled serpent resting in their spine, ready to strike.

Meditation teacher Sally Kempton had such an awakening in her late 20s, and while she acknowledges that the experience may be scary for those who are without an experienced teacher to guide them, she believes that awakenings are a gift from the universe. “In our tradition, we honor and respect kundalini,” she says. “Her energy is trying to awaken you, expand you, and put you in touch with your own deep energy, which is a fundamentally benign process.”

However, according to Kempton and Stuart Sovatsky, a psychotherapist specializing in spiritual work, kundalini awakenings are rare in Western students because hatha yoga is practiced in a less spontaneous way today. “People are trying to hold the poses in a certain way, as opposed to doing poses that release energy blocks specific to their body,” says Sovatsky.

Still, many teachers caution against attempts to induce an awakening through intense Pranayama or other methods. Instead, it should occur spontaneously, when the body is ready. In Tantra: The Path of Ecstasy, yoga scholar Georg Feuerstein explains why: “If you don’t first open the central channels of the nervous system, raising the serpent power along the axial pathway is not only impossible but also very dangerous to attempt, for instead of entering the central channel (sushumna nadi) it is likely to force itself in to the ida or the pingala nadi, on either side of the central channel, causing immense havoc in the body and mind.”

Kundalini reminds us that consciousness is far vaster than most of us have ever imagined, which can seem overwhelming and disorienting. But Sovatsky says that people who have a psychotic break from an awakening usually come from a troubled family background, face high levels of stress, and don’t have enough emotional support. Still, both Sovatsky and Kempton recommend that anyone who is fearful in the midst of such an awakening should seek support from a therapist (such as a transpersonal psychologist) or a teacher who has gone through it herself.