The Unexpected Philosophy Icelanders Live By

by Katie Hammel: If Iceland were to have a national slogan, it would be ‘þetta reddast’, which roughly translates to the idea that everything will work out all right in the end… 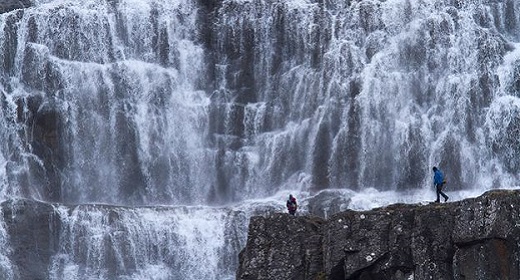 As people the world over are sheltering in place, many are looking to find comfort and contentment amid a very difficult situation. To help people cope, BBC Travel is updating some of our most popular stories on uplifting cultural practices around the globe that offer inspiring ways to find hope when times are tough.

With generations of hardships such as formidable weather, poverty and volcanic eruptions, Icelanders have learned to adopt the resilient Icelandic outlook of “þetta reddast”, which shows that sometimes, it’s better to let go and look positively towards the future.

We were somewhere in the remote Westfjords, a large peninsula in Iceland’s north-west corner, when our campervan first stalled. It was late September, the end of the tourist season in a part of Iceland that sees about 6% the country’s annual tourist numbers, and the roads were all but empty.

The van stalled twice more as my husband and I made the roughly 200km drive from Látrabjarg, a windswept bird cliff perched on the far western edge of Iceland, back to our base in Ísafjörður, the Westfjords’ largest town (pop: 2,600). Once we finally got back to our apartment, we called the campervan rental company and told them the issue. Unfortunately, the town’s mechanic wouldn’t be available before we were due to make the drive back to Reykjavik. 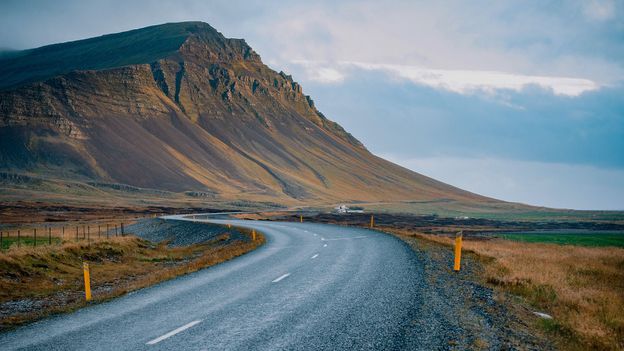 A quick Google search informed me that þetta reddast (pronounced thet-ta red-ust) doesn’t mean ‘sorry, I’m not paid enough to care about your troubles’, or ‘try not to get stranded in the middle of nowhere’. It means ‘it’ll all work out in the end’ – and if Iceland had an official slogan, this would be it. The phrase near-perfectly sums up the way Icelanders seem to approach life: with a laid-back, easy-going attitude and a great sense of humour.

“It’s just one of those ubiquitous phrases that is around you all the time, a life philosophy wafting through the air,” said Alda Sigmundsdóttir, author of several books about Iceland’s history and culture. “It’s generally used in a fairly flippant, upbeat manner. It can also be used to offer comfort, especially if the person doing the comforting doesn’t quite know what to say. It’s sort of a catch-all phrase that way.”

At first glance, it seems an odd philosophy for a place where, for centuries, many things absolutely did not work out all right. Since Iceland’s settlement in the 9th Century, its history is littered with the tales of times when þetta reddast did not apply.

In her book, The Little Book of the Icelanders in the Old Days, Sigmundsdóttir recounts some of these hardships: the long winters; extreme poverty; indentured servitude. There were volcanic eruptions, like the 1783 Laki eruption that killed 20% of the 50,000-strong population, as well as 80% of its sheep, which were a vital food source in a country with little agriculture. There were storms that swept in and sank the open rowboats used for fishing, wiping out much of the male populations of entire towns. Things were so bad that even up through the 18th Century, according to Sigmundsdóttir, 30% of babies died before they turned one.

The Iceland of old was an exceptionally hard place to live. And the Iceland of old wasn’t that long ago. “It hasn’t been that long since we were a society of farmers and fishermen, and the seasons and the harsh conditions we lived in had complete control over our lives,” Auður Ösp, founder and owner of I Heart Reykjavik tour company, told me. 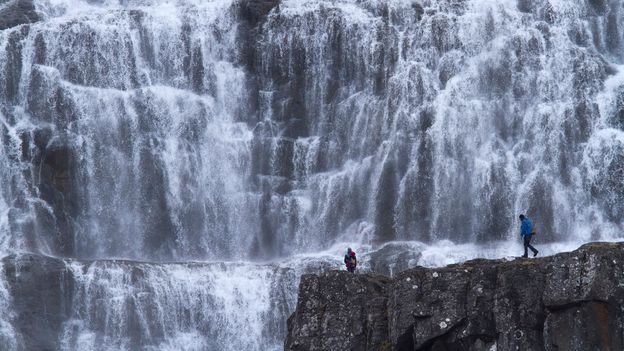 While Iceland today is an ultra-modern place where wi-fi is abundant, credit cards are accepted everywhere, and the majority of the country is powered by geothermal energy, it was only about 90 years ago that 50% of the population lived in turf houses (traditional homes with walls and roofs made of earth and grass) – so these hardships aren’t such a distant memory. Just 45 years ago, the Eldfell volcano exploded on the small island of Heimaey, spewing millions of tons of ash, engulfing 400 buildings and forcing the evacuation of all 5,000 people who lived there. And just 23 years ago, a massive avalanche decimated the town of Flateyri in the Westfjords, burying more than a dozen homes and killing 20 of the town’s 300 residents.

Even on a day without disasters, Iceland is beholden to the forces of nature. The island moves and breathes in a way few others do; fumaroles exhale steam; hot springs gurgle; geysers belch and bubble; waterfalls thunder. The country sits on the rift between the North American and Eurasian tectonic plates, and those plates are slowly moving apart, widening Iceland by about 3cm per year and causing an average of 500 small earthquakes every week.

The country’s weather is just as volatile and formidable. Windstorms can reach hurricane force, strong storms can sweep in even in summer, and, on the darkest winter days, the sun shines for just four hours.

“Those who live off the land are in constant battle with the elements,” Ösp said. “For example, when it suddenly starts to snow in August, like it happened in the north a few years ago, you need to drop everything and go out and rescue your animals. Or, when there’s a volcanic eruption that disrupts flights all over the world and leaves a bunch of people stranded in Iceland, you need to think on your feet and figure out what to do.”

Maybe it makes sense, then, that in a place where people were – and still are – so often at the mercy of the weather, the land and the island’s unique geological forces, they’ve learned to give up control, leave things to fate and hope for the best. For these stoic and even-tempered Icelanders, þetta reddast is less a starry-eyed refusal to deal with problems and more an admission that sometimes you must make the best of the hand you’ve been dealt. 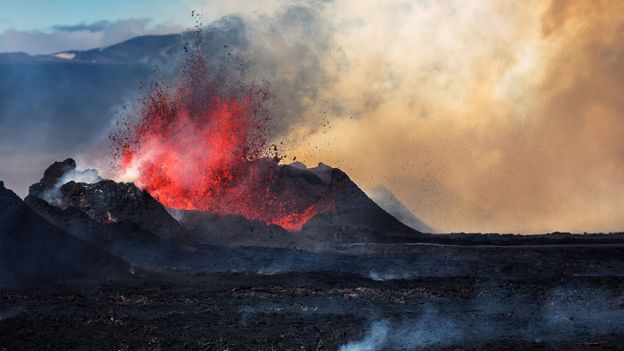 Iceland sits on the rift between the North American and Eurasian tectonic plates, whose movements result in volcanic eruptions and earthquakes (Credit: Arctic-Images/Getty Images)

The phrase begins to be a little more understandable when you find out that the first Icelanders weren’t marauding Vikings who bravely sailed across the ocean in search of new lands to raid and tribes to wage war upon. Rather, they were mostly Norwegian farmers and peasants fleeing slavery and death at the hands of King Harald Finehair in the 9th Century. They so feared his wrath that they risked the 1,500km journey across the rough North Atlantic seas in small open-hulled boats. It’s hard to imagine those early settlers making the journey – one undertaken with no maps or navigational tools – without a little bit of blind hope.

“We couldn’t live in this environment without a certain level of conviction that things will work out somehow, hard as they seem in the moment,” Ösp said. “Þedda redast represents a certain optimism that Icelanders have and this carefree attitude that borders on recklessness. Sometimes it works out, sometimes it doesn’t, but we don’t let that stop us from trying.”

“It’s not that we’re impulsive or stupid,” Ösp continued. “We just believe in our abilities to fix things. With the conditions we live under, we’re often forced to make the impossible possible.”

And in many cases, Icelanders have made the impossible possible. They turned their stunning 2008 economic collapse and the disruptive 2010 eruptions of an unpronounceable volcano into PR opportunities that made Iceland one of the hottest destinations in the world, attracted millions of visitors and turned tourism into one of the main drivers of a now-robust economy. And in 2016, Iceland stunned the sporting world when it beat the odds to become the smallest country to ever qualify for the UEFA European Championship. Iceland beat England to make it to the quarter-finals against France. And though there was little chance they’d win, roughly 8% of the Icelandic population travelled to Paris to cheer on the team (they ultimately lost 5-2). 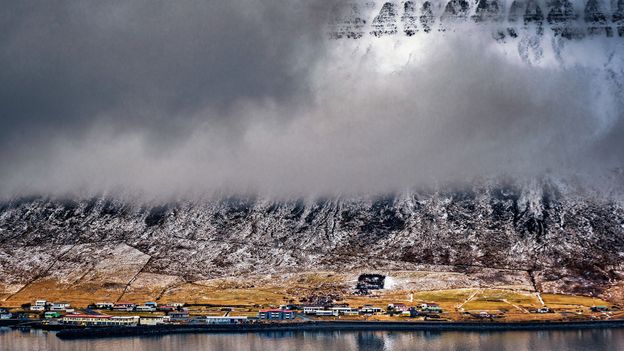 Auður Ösp: “Those who live off the land are in constant battle with the elements” (Credit: Posnov/Getty Images)

A 2017 University of Iceland survey showed that nearly half of Icelanders say ‘þetta reddast’ is the philosophy they live by. Perhaps, as Sigmundsdóttir and Ösp suggest, this idea that everything will work out has been infused into Icelandic culture through the centuries. After all, for those who survived – and even thrived – against all odds, everything kind of did work out all right in the end.

“This is just my home-grown theory,” Sigmundsdóttir said, “but I think the Icelanders had to face so many hardships that they learned to meet adversity with a combination of laissez-faire and capitulation. It’s something that became ingrained in the Icelandic people through centuries of living with a climate and landscape that always had the upper hand, against which you had to surrender, again and again, because you couldn’t fight them. It’s difficult in Iceland not to feel your insignificance against the elements.”

“I think this mentality shows that we have a belief in ourselves as a nation and as individuals,” Ösp added. “Who would have believed, for example, that a team from a nation of 350,000 people could make it to the 2018 World Cup in Russia? We did – that’s who.”

It seems the Icelandic belief that things will turn out all right also comes with a little effort and ingenuity on the part of the believer. 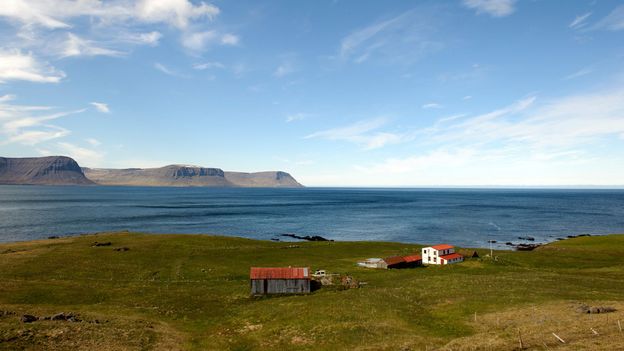 Nearly half of Icelanders say ‘þetta reddast’ is the philosophy they live by (Credit: Feifei Cui-Paoluzzo/Getty Images)

For my husband and I, that meant trusting that everything would work out on our drive back to Reykjavik. If the ‘þetta reddast’ attitude could help Icelanders thrive on a barely inhabitable rock on the edge of the North Atlantic, surely the same optimism could see us through a few hundred kilometres of remote mountain passes in the unreliable van.

So, just like those early settlers who set sail from Norway, we set out with little assurances but a lot of hope. Of course, we had one major advantage: we had mobile phones.