by Olivia Gazis: The U.S. intelligence community will seek to “fully” integrate the effects of climate change into the analysis and assessments it offers policymakers… 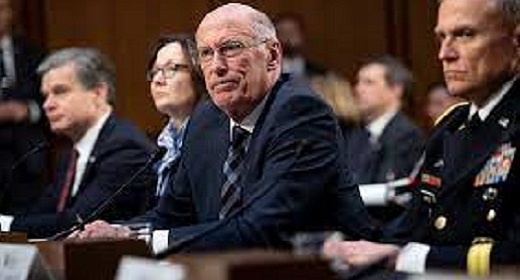 “For the intelligence community, climate change is both a near-term and a long-term threat that will define the next generation,” Haines said during a session of the Biden administration’s virtual Summit on Climate. “And it’s one that the intelligence community has long recognized as important to our national security, though we have not always made it a key priority.”

Climate change issues should “be fully integrated with every aspect of our analysis in order to allow us not only to monitor the threat but also, critically, to ensure that policymakers understand the importance of climate change on seemingly unrelated policies,” Haines said.

She noted the U.S. intelligence community’s initial focus on climate change dated back several decades, when the Central Intelligence Agency (CIA) first offered scientists access to classified information and asked them to review satellite images of environmental changes on the continents.

“Ever since, our services have been raising increasing alarms about the impact that climate change has, across every aspect of our work, as geophysical features of the earth are being reshaped — whether through the changing boundary lines of the tropics or the shrinking sea ice, centrally in the Arctic,” Haines said.

She pointed to two recent intelligence products she said highlighted some of the likely future threats stemming from intensifying climate change effects.

One assessment, a multi-decade forecast called the Global Trends Report that is issued every four years by the National Intelligence Council, said more extreme weather events would, especially in the 2030s, “disproportionately” affect poor and vulnerable populations, endangering their stability, health and livelihoods.

The intelligence community’s annual worldwide threat assessment, which reflects the collective view of the country’s 18 intelligence agencies and was released earlier this month, also cited climate change as a destabilizing force for a range of global factors.

Haines spoke alongside Linda Thomas-Greenfield, U.S. Ambassador to the United Nations and Secretary of Defense Lloyd Austin, who said in his remarks that President Biden had tasked the intelligence community with producing a National Intelligence Estimate on the security implications of climate change.

Also on Thursday, the CIA announced that it had added a new “Environment” category to its World Factbook – one of only three new categories added, the agency said, in nearly 25 years.

“We added the new category in response to the growing public interest in environmental issues,” the World Factbook Editor Michael Cox said in an online post about the addition. “Teachers, researchers, students, world governments, and many others use The World Factbook as a one-stop reference shop, and we’re excited to help inform others about the world in which we all live.”