Researchers Find Out Why Some Stress Is Good For You

by Robert Sanders: Overworked and stressed out? Look on the bright side. Some stress is good for you… 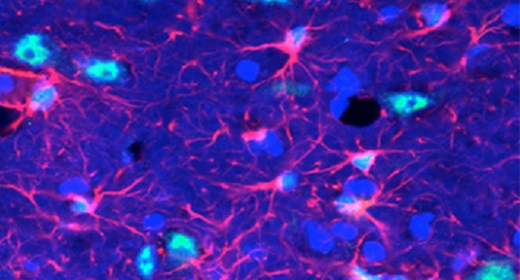 “You always think about stress as a really bad thing, but it’s not,” said Daniela Kaufer, associate professor of integrative biology at the University of California, Berkeley. “Some amounts of stress are good to push you just to the level of optimal alertness, behavioral and cognitive performance.”

In studies on rats, they found that significant, but brief stressful events caused stem cells in their brains to proliferate into new nerve cells that, when mature two weeks later, improved the rats’ mental performance.

“I think intermittent stressful events are probably what keeps the brain more alert, and you perform better when you are alert,” she said.

The UC Berkeley researchers’ findings, “in general, reinforce the notion that stress hormones help an animal adapt – after all, remembering the place where something stressful happened is beneficial to deal with future situations in the same place,” said Bruce McEwen, head of the Harold and Margaret Milliken Hatch Laboratory of Neuroendocrinology at The Rockefeller University, who was not involved in the study.

Kaufer is especially interested in how both acute and chronic stress affect memory, and since the brain’s hippocampus is critical to memory, she and her colleagues focused on the effects of stress on neural stem cells in the hippocampus of the adult rat brain. Neural stem cells are a sort of generic or progenitor brain cell that, depending on chemical triggers, can mature into neurons, astrocytes or other cells in the brain. The dentate gyrus of the hippocampus is one of only two areas in the brain that generate new brain cells in adults, and is highly sensitive to glucocorticoid stress hormones, Kaufer said.

Much research has demonstrated that chronic stress elevates levels of glucocorticoid stress hormones, which suppresses the production of new neurons in the hippocampus, impairing memory. This is in addition to the effect that chronically elevated levels of stress hormones have on the entire body, such as increasing the risk of chronic obesity, heart disease and depression.

Less is known about the effects of acute stress, Kaufer said, and studies have been conflicting.

To clear up the confusion, Kirby subjected rats to what, to them, is acute but short-lived stress – immobilization in their cages for a few hours. This led to stress hormone (corticosterone) levels as high as those from chronic stress, though for only a few hours. The stress doubled the proliferation of new brain cells in the hippocampus, specifically in the dorsal dentate gyrus.

Kirby discovered that the stressed rats performed better on a memory test two weeks after the stressful event, but not two days after the event. Using special cell labeling techniques, the researchers established that the new nerve cells triggered by the acute stress were the same ones involved in learning new tasks two weeks later.

“In terms of survival, the nerve cell proliferation doesn’t help you immediately after the stress, because it takes time for the cells to become mature, functioning neurons,” Kaufer said. “But in the natural environment, where acute stress happens on a regular basis, it will keep the animal more alert, more attuned to the environment and to what actually is a threat or not a threat.”

They also found that nerve cell proliferation after acute stress was triggered by the release of a protein, fibroblast growth factor 2 (FGF2), by astrocytes — brain cells formerly thought of as support cells, but that now appear to play a more critical role in regulating neurons.

“The FGF2 involvement is interesting, because FGF2 deficiency is associated with depressive-like behaviors in animals and is linked to depression in humans,” McEwen said.

Kaufer noted that exposure to acute, intense stress can sometimes be harmful, leading, for example, to post-traumatic stress disorder. Further research could help to identify the factors that determine whether a response to stress is good or bad.

“I think the ultimate message is an optimistic one,” she concluded. “Stress can be something that makes you better, but it is a question of how much, how long and how you interpret or perceive it.”

The eLife paper was coauthored by UC Berkeley colleagues Sandra E Muroy, Wayne G. Sun and David Covarrubias of the Department of Molecular and Cell Biology; Megan J. Leong of the Helen Wills Neuroscience Institute; and Laurel A. Barchas of the Department of Integrative Biology. Kirby is now a post-doctoral fellow at Stanford University.