In Praise Of Small Menus True Luxury Is Having Someone Else Make Decisions For You.

by Rachel Sugar: The first New York City restaurant I fell in love with served only one thing. I had not known this was a possibility… 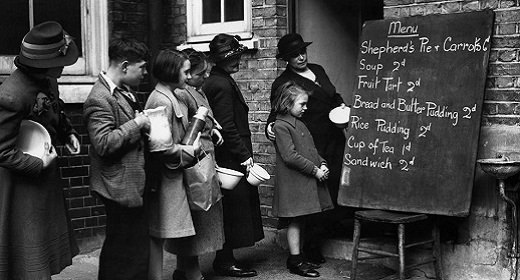 I had never encountered a restaurant that did not require me to make any decisions at all. Here is how it worked: You showed up at dinnertime. You got dinner. You didn’t have to take responsibility for your choices, because there were no choices. I felt like a very sophisticated baby. What I mean is, it was perfect.

One result of the pandemic and its fallout is that restaurant menus are getting shorter. Rose Previte, who owns Maydan in Washington, D.C., told The Wall Street Journal that she’d switched from à la carte to a set, family-style menu, and didn’t know if she’d ever go back. Dirt Candy, in Manhattan, used to do two elaborate tasting menus — a five-course and a ten-course — but on Instagram last month, chef and owner Amanda Cohen announced she’d stripped back to one menu, with no à la carte additions, and according to the WSJ, she’s planning to stick with it. At Pasjoli, in Santa Monica, the menu went from 32 dishes to more like a dozen.

The same thing is playing out across the industry, not just at high-end restaurants, but at giant corporate chains. Applebee’s, which drastically downsized its menu during the initial months of the pandemic, announced in May that the smaller menu would be permanent. Red Robin did the same. “I don’t see us going back to the full 12-page menu,” said IHOP CMO Brad Haley.

From the restaurant side, the reasoning is simply a reflection of new industry realities: Smaller menus reduce food costs, which are rising, and require less labor, which remains at a premium. “Offering one menu means so much less wasted food and energy,” explained Cohen. From the consumer side, the rise of the small menu is an unequivocal win.

The best way to experience a restaurant, I have always felt, is by eating exactly what it wants to feed you. I do not want choices. I want the best thing. A restaurant might have five or ten best things, but it cannot have 45. There are many infuriating things about the world, but one of the more fixable is the sensation of acute regret from having ordered wrong. Why are there possibly wrong orders? Recently, I was at a fancy restaurant with great pastas and bad pizzas. So cut the pizzas! A kitchen that focuses on its strengths turns out consistently excellent things, even if that results in fewer total things. (The exceptions to this are 24-hour diners with phone-book menus; some institutions are worth preserving.)

A long menu requires a level of mind reading I resent. How am I supposed to know what the best thing is? You’re the expert! Certainly don’t defer to me about it. This is why I have never understood the appeal of fast-casual lunch places that enthusiastically invite me to ignore their menu and instead “build my own bowl.” Me? If I wanted to trust my own judgment, I would stay home and eat edamame from the freezer.

A short menu, though, exudes confidence. It is a statement. It commands respect. Without the padding of half-hearted roasted cauliflower and ambivalent crostini, a short-menued restaurant has decided exactly what it is. Corner Bistro, for example: Its classic tiny menu accounts for much of its appeal. It is a restaurant for hamburgers and beers (also, a BLT). There are no salads, because Corner Bistro is not interested in salads. And why should it be? One glorious thing about New York City is that there are many, many restaurants, not one of which needs to be everything to everyone. At Ichiran, you get the ramen, unless you get the veggie ramen; at Lucali, there is a pizza, and there is a calzone, and there is a very limited list of toppings. King lists seven dishes on its current menu. Contra does a tight nine. Small menus have the power to clarify even muddled visions: Here are the dishes we believe in, says a small menu. We don’t fuck around.

And then, instead of spending the first leg of dinner in a prolonged discussion about who is ordering what, you simply move on to the fun part where you discuss the sex lives of mutual acquaintances, or politics, or the ideological nuances of Law & Order: Organized Crime, starring Christopher Meloni. Instead of the agony of strategizing, you can simply enjoy your life. The ultimate luxury, after all, is not making your own choices, but rather having other people make better choices for you.

But what about big group dinners, or picky eaters, or business acquaintances whose dietary preferences you’re not intimately familiar with?, you may be thinking. It is hard enough to pick a restaurant as it is! Initially, I was also worried about this, but then I realized that it is fine. Most people, in my experience, do not like stress, but do like eating things that are delicious. A small menu is a gift. You, the host, will do the labor of finding a small menu that is reasonably appropriate, thus allowing your companions to bask in the minor pleasure of thinking less.