Antarctica Is changing. The Impact Could Be Catastrophic

by Kyle Almond: Camille Seaman didn’t need Monday’s UN report to learn that the Earth has been warming at a breakneck pace… 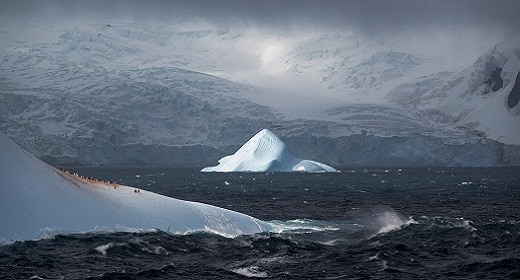 She’s seen it with her own eyes.

The photographer has been visiting Antarctica on and off since 2004, working on expedition ships from companies such as National Geographic and Hurtigruten. In just the past few years, she has witnessed a noticeable change on the continent.

“What I have seen from 2016 to now, it’s like a different place altogether,” she said. 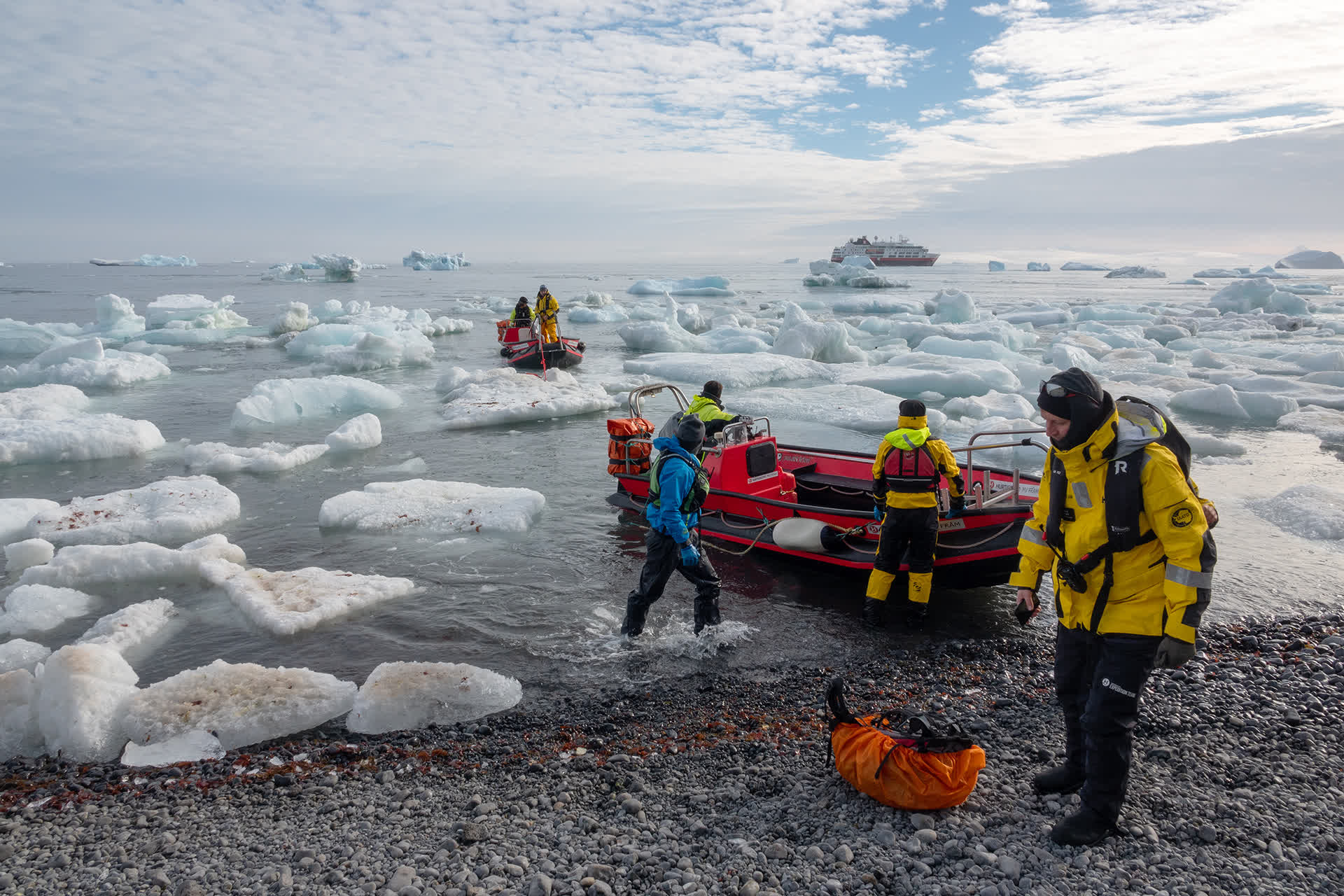 Fragments of ice called bergy bits can make it difficult for people to travel on and off the coastline. 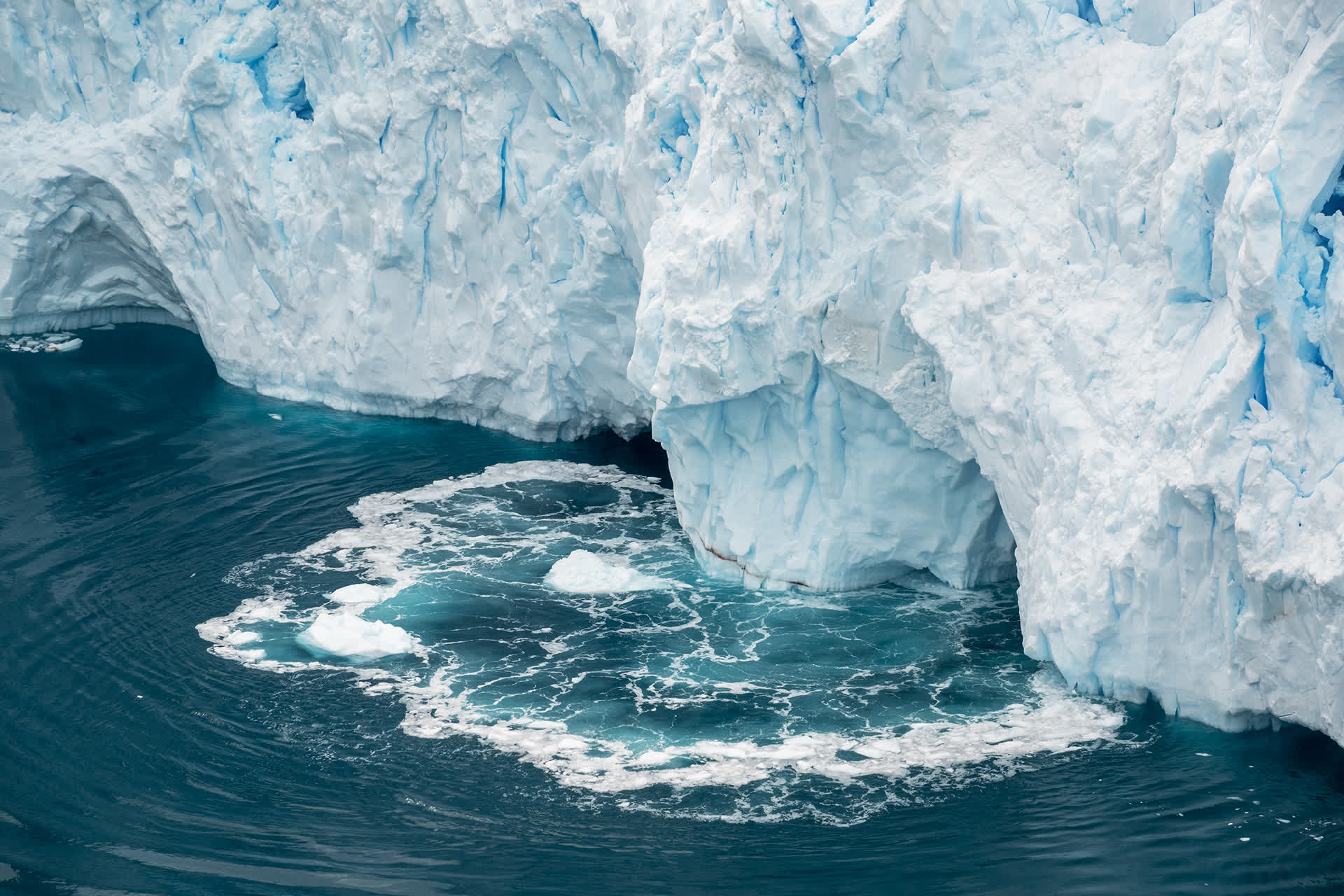 A large chunk of ice breaks off from the underside of a glacier in Neko Harbor. Seaman said glacier calving can be dangerous, especially when it happens underwater and it isn’t easy to see.

“That’s a normal occurrence. That’s not unusual,” she said. “But what is unusual is I had never seen it before March blooming in the glaciers. And now it’s showing up in January and December. That’s like three months early.

“And there are places where I had never, ever seen the ground. There had always been some snow cover. And now it’s just mud and rocks.” 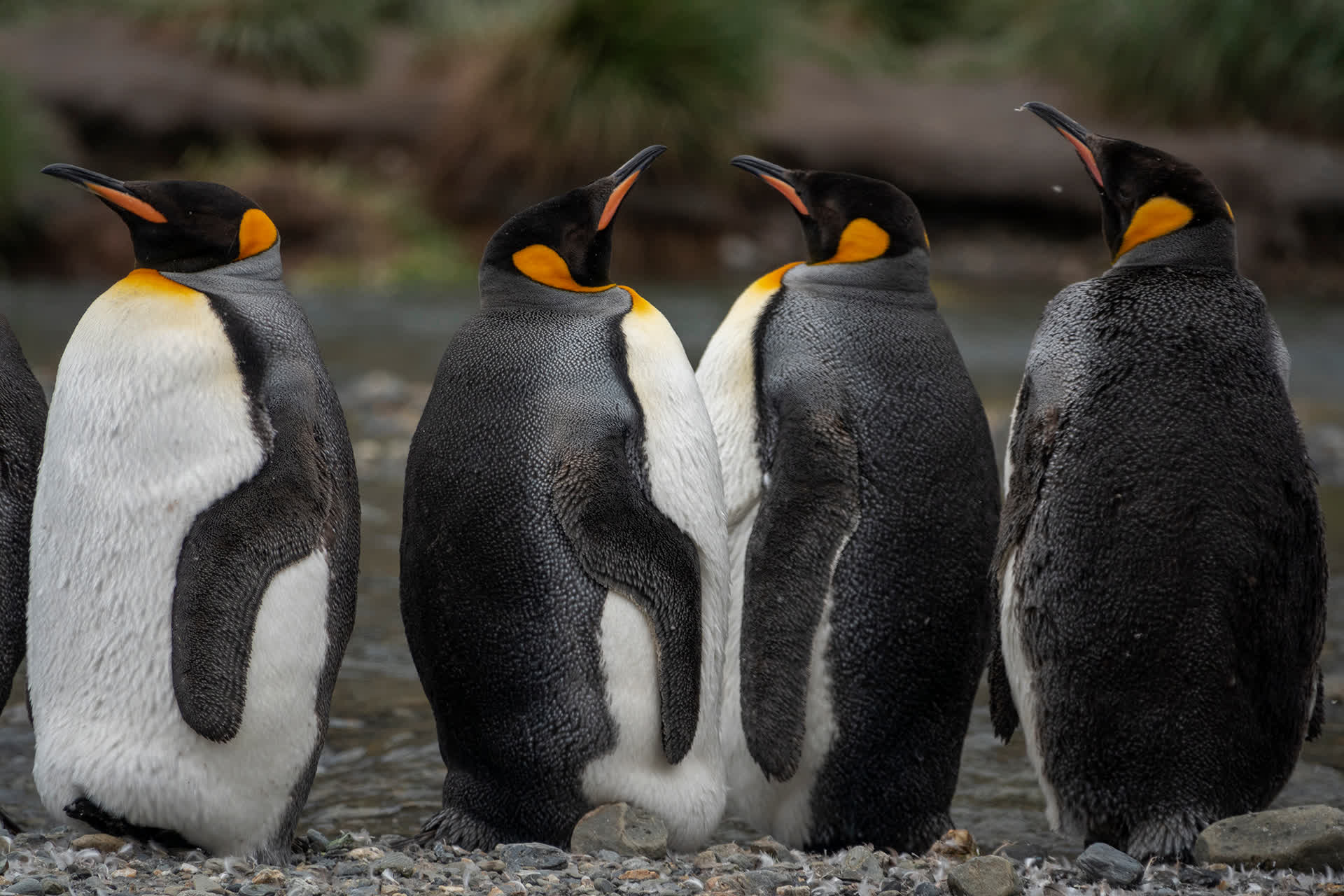 King penguins are photographed on the island of South Georgia, on the way to Antarctica. Seaman took these images while traveling on Hurtigruten’s MS Fram. 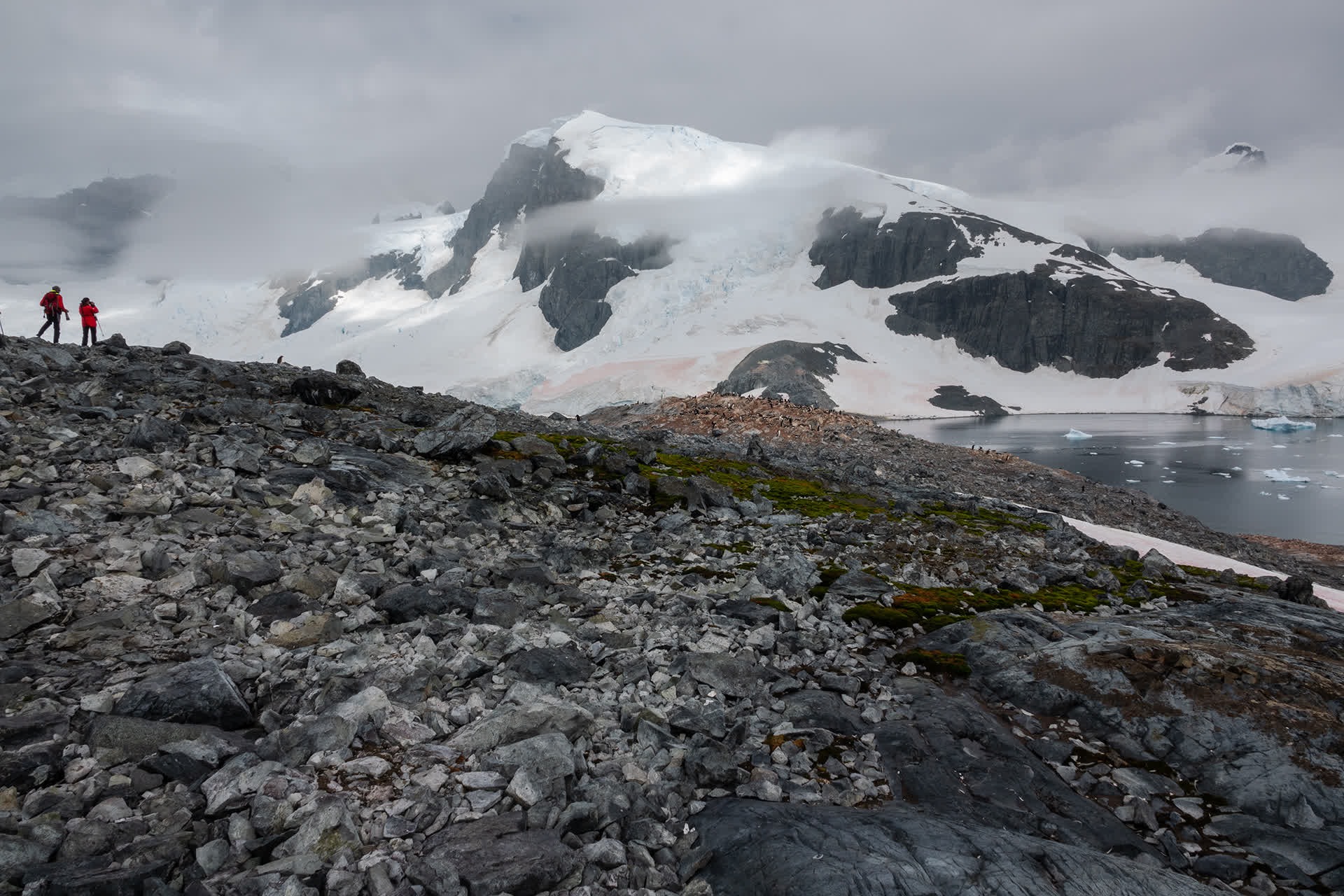 Seaman was surprised to see this little snow on the ground when she visited Cuverville Island. Green moss can be seen thriving in the foreground. Pink snow algae is on the mountain in the background.

Last year, Antarctica registered a record-high temperature of 18.3 degrees Celsius, or nearly 65 degrees Fahrenheit. Petteri Taalas, secretary-general of the World Meteorological Organization, said the record is “consistent with the climate change we are observing” and noted that the Antarctic peninsula — the northwest tip closes to South America — is among the fastest warming regions of the planet.

The WMO says temperatures on the peninsula have risen nearly 3 degrees Celsius (5.4 degrees Fahrenheit) in the last 50 years. That has led to an increase in melting ice, which raises global sea levels and threatens coastal cities across the world.

It’s one of the many issues listed in Monday’s state-of-the-science report from the United Nations’ Intergovernmental Panel on Climate Change. Scientists say the planet is warming faster than previously thought and that the window is rapidly closing to cut our reliance on fossil fuels and avoid catastrophic outcomes. 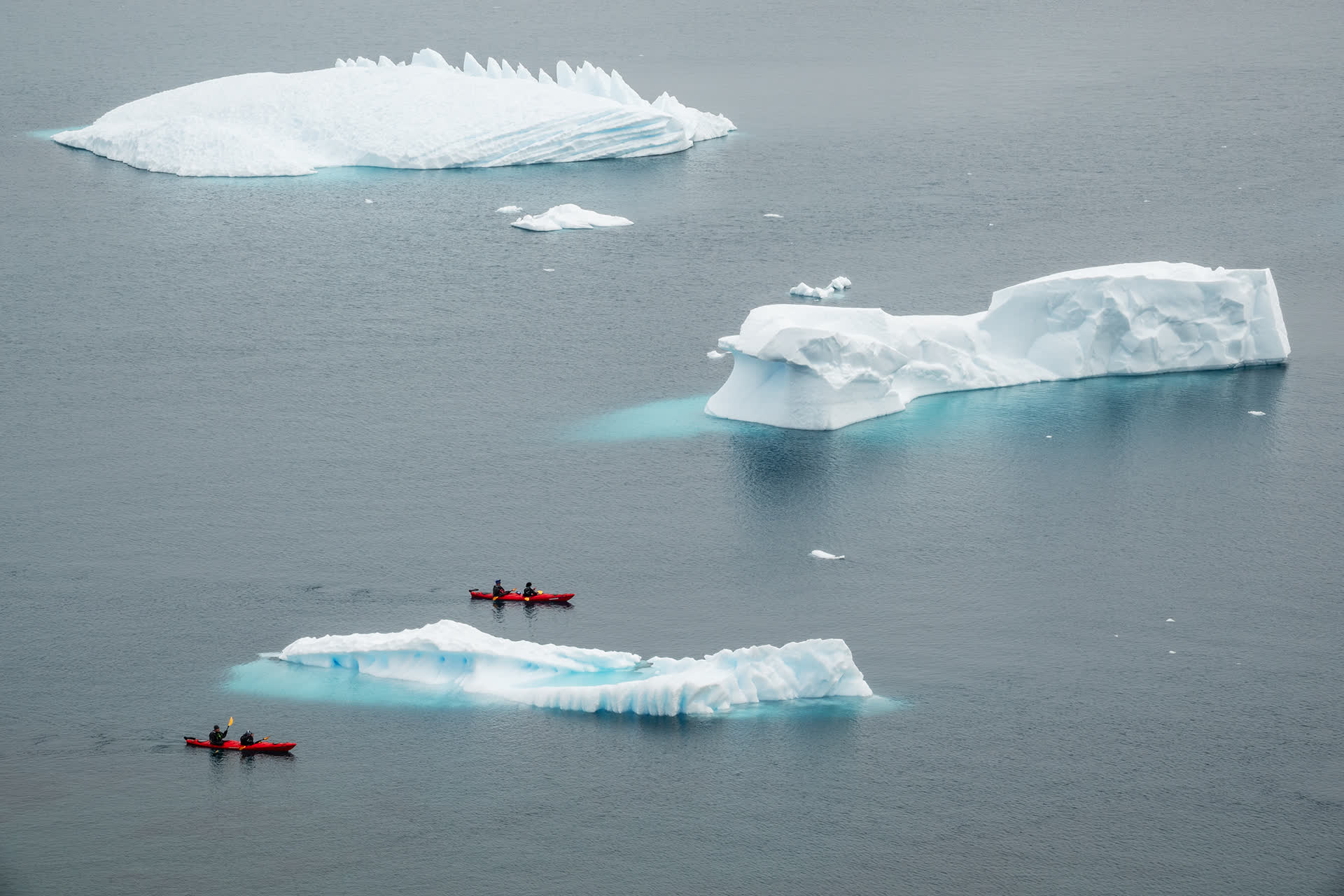 Tourists kayak near icebergs off the coast of Cuverville Island. 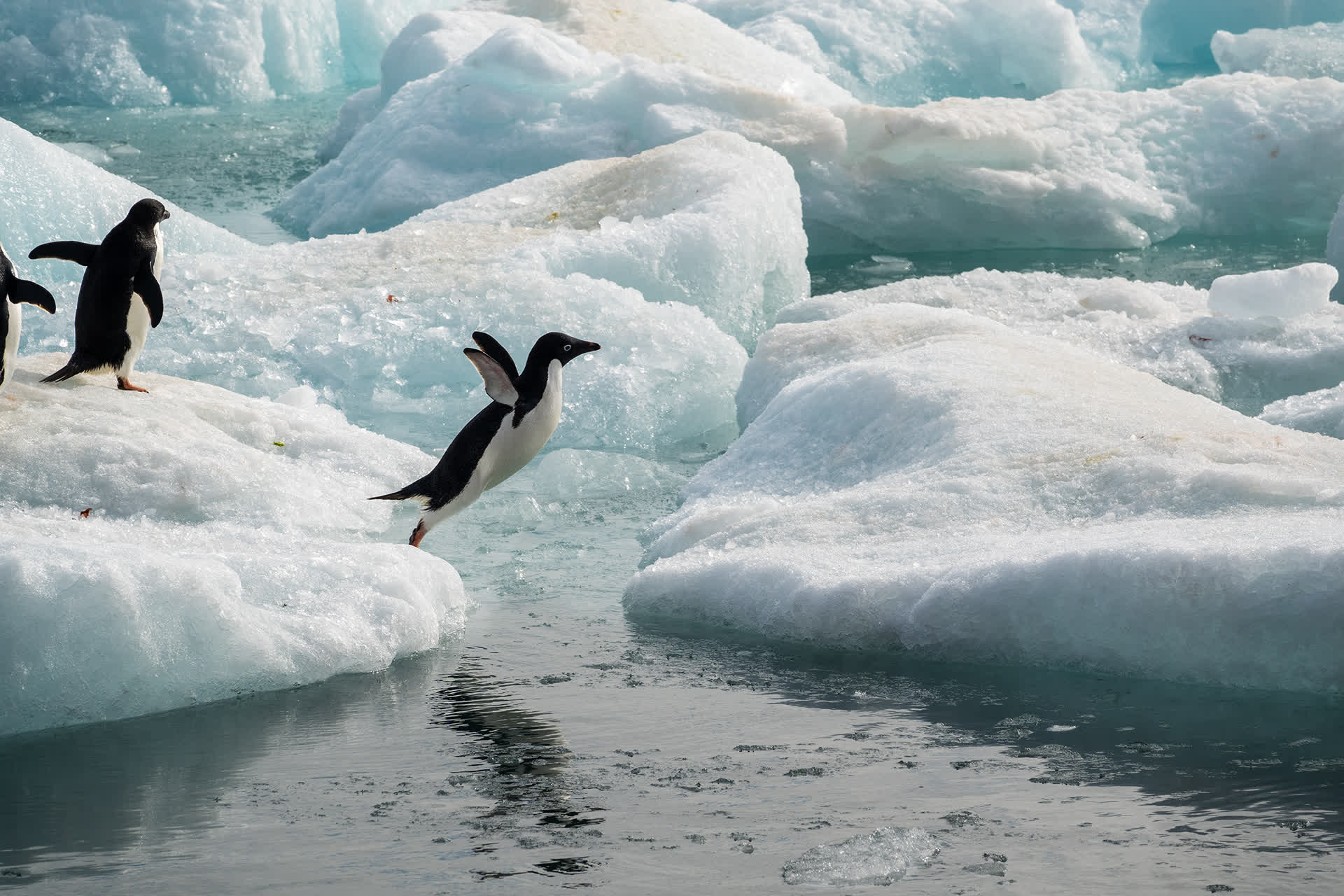 An Adélie penguin jumps over water at Brown Bluff on the Antarctic peninsula.

The melting of polar regions is also having a troubling effect on some of the wildlife that calls those places home.

Chinstrap penguin colonies in some areas of the Antarctic have declined by more than 75% over the past half-century, according to independent researchers who joined a Greenpeace expedition to the region before the pandemic. They believe climate change is largely to blame, saying less sea ice and warmer oceans have reduced the krill that many of the penguins rely on for food. 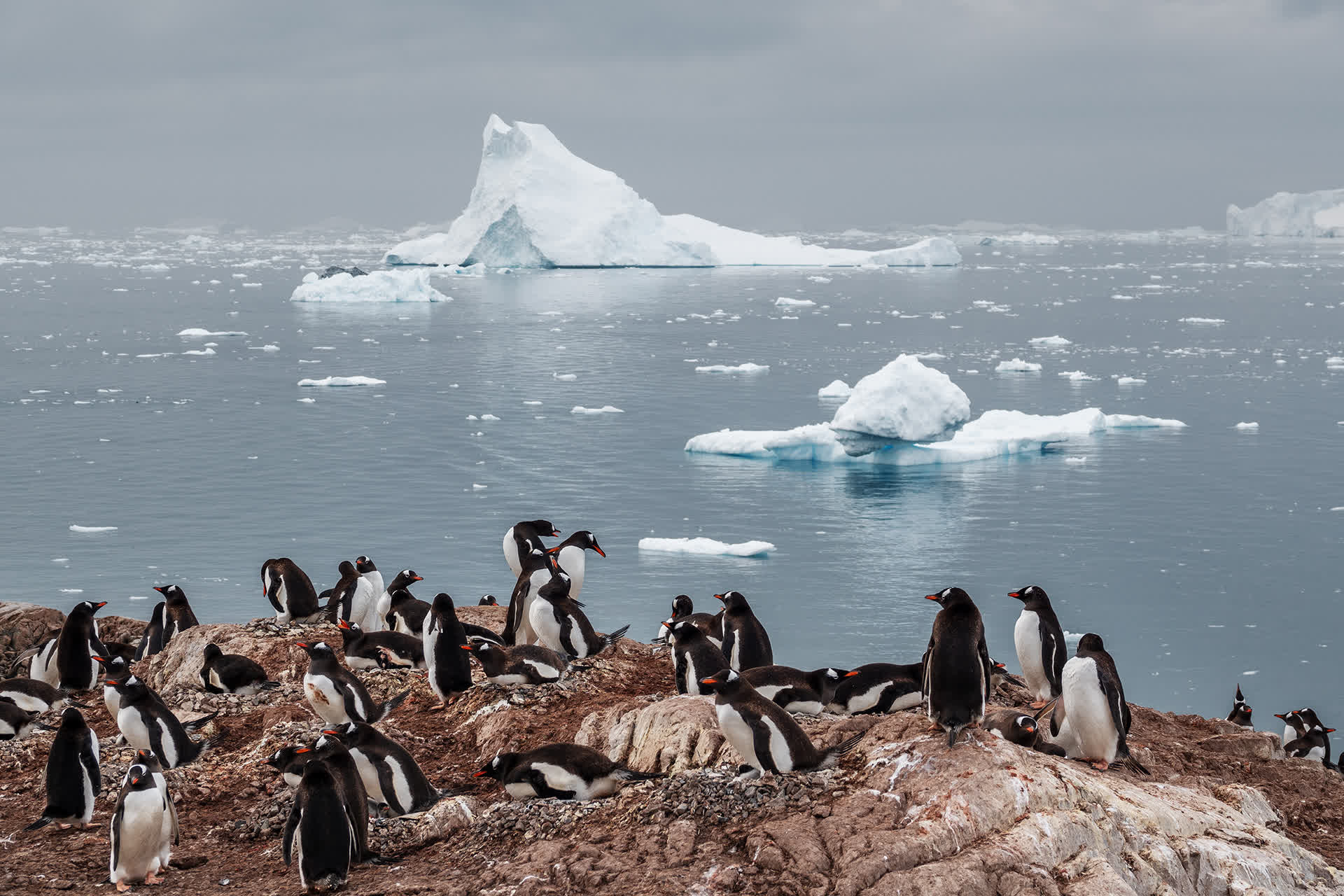 Gentoo penguins nest at Neko Harbor. They’re faring better than the other penguin species on the continent. Their population actually increased from 2019 to 2020, according to the nonprofit Oceanites. 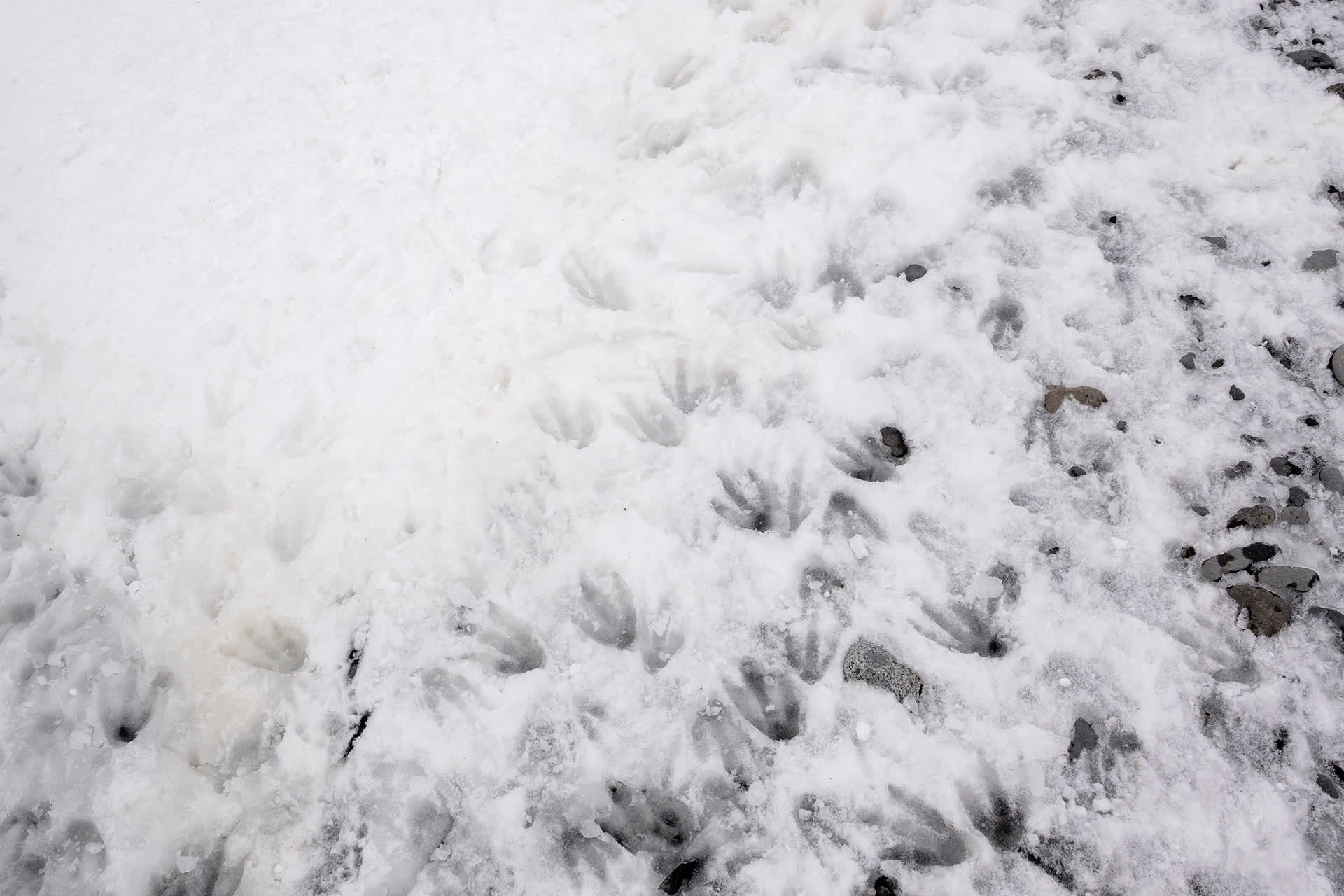 She recalled being on Antarctica’s Paulet Island when it was about 60 degrees Fahrenheit last year. She photographed a baby Adélie penguin with its tongue sticking out to cool off.

“There were thousands upon thousands of these penguins just in distress because they were so overheated and there was no snow,” she said. “They were looking for any little patch of snow or ice to lay on.” 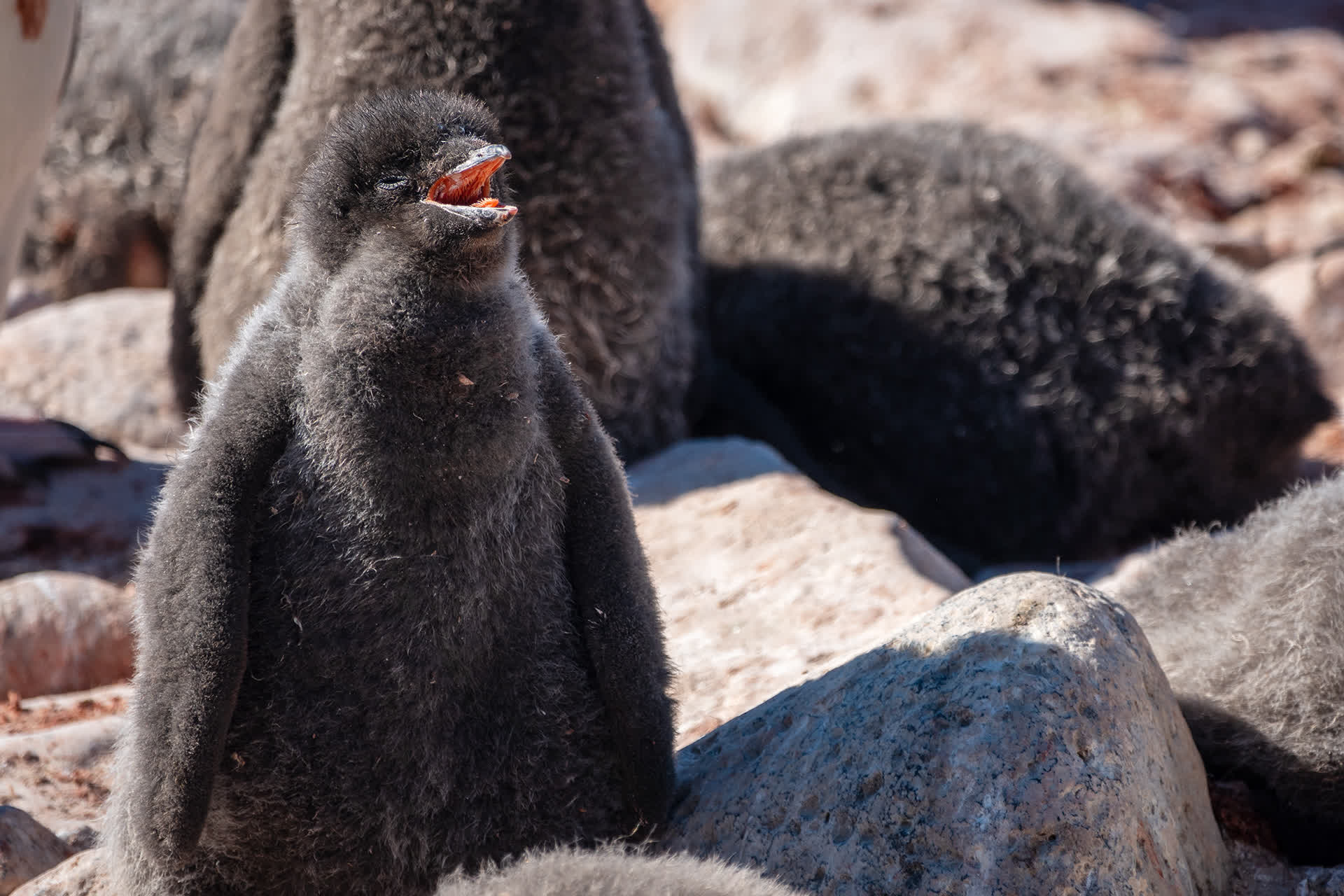 An Adélie chick tries to cool off as temperatures soar on Paulet Island. 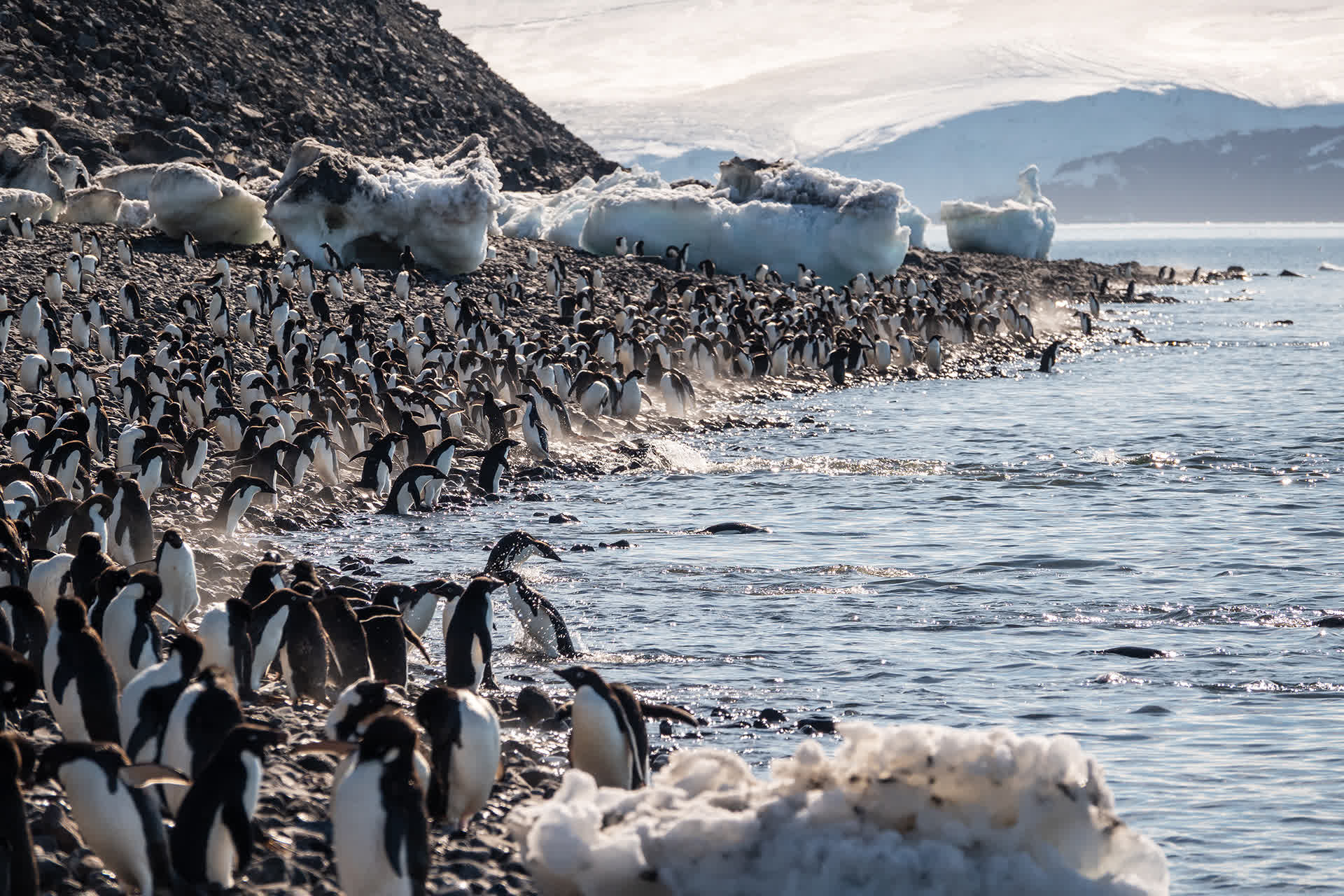 Adélie penguins try to beat the heat on Paulet Island.

Some penguin species in Antarctica, like the gentoo, are more adaptable than others, Seaman said. Adélie penguins are declining in some areas of the continent and doing well elsewhere.

Seaman wasn’t that into penguins when she first visited Antarctica, but now she looks forward to them and seeing what they might do next.

“They’re really quite interesting characters, and you can’t help but admire them,” she said. “They have an incredible sense of humor. I’ve seen it many times: They will fall flat on their beak — like trip in the snow or whatever — and when they get up, I swear they look around to see who saw.” 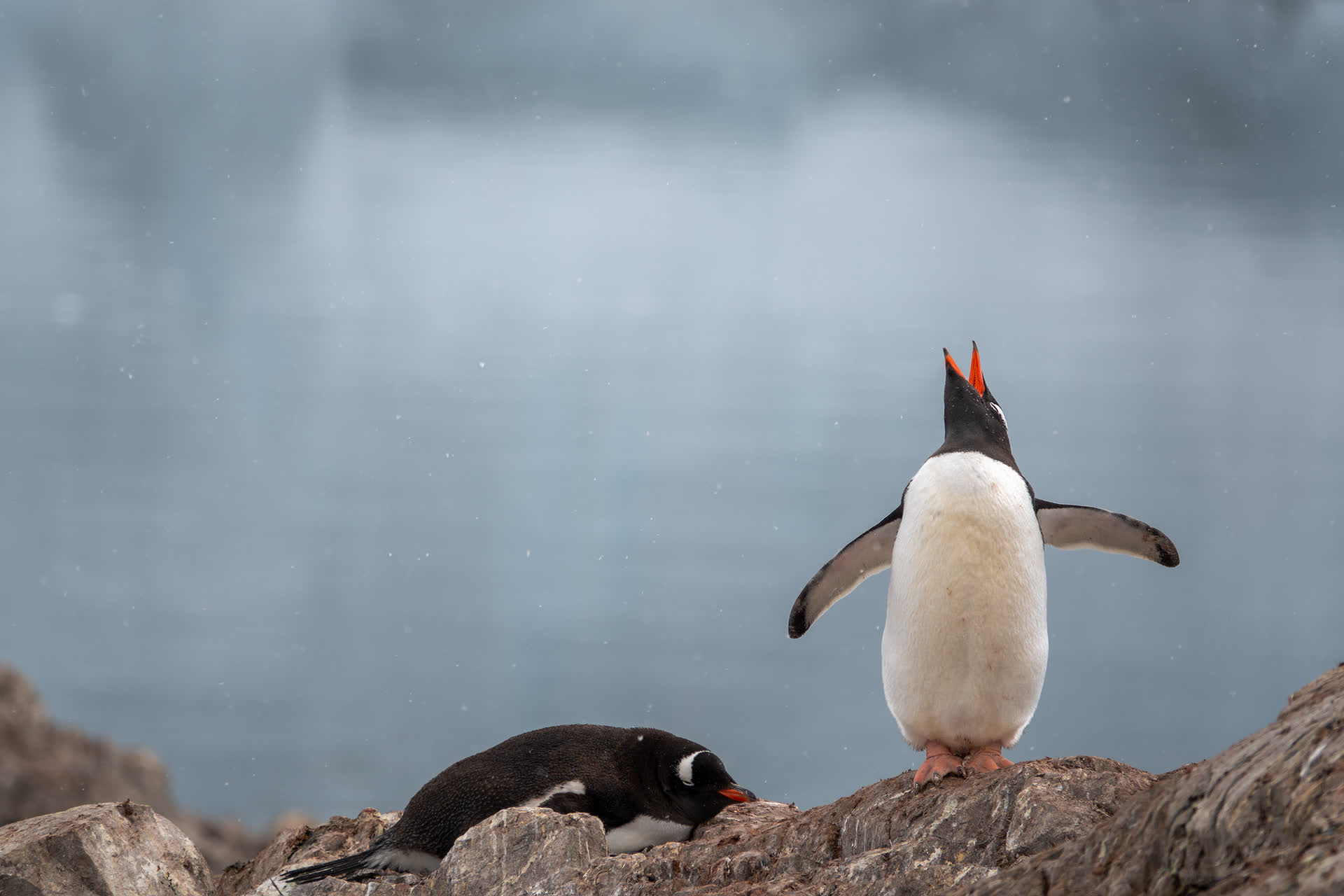 A gentoo penguin calls out during nesting season on Neko Harbor. Seaman says many penguins will often join in on the calls, creating a chorus. 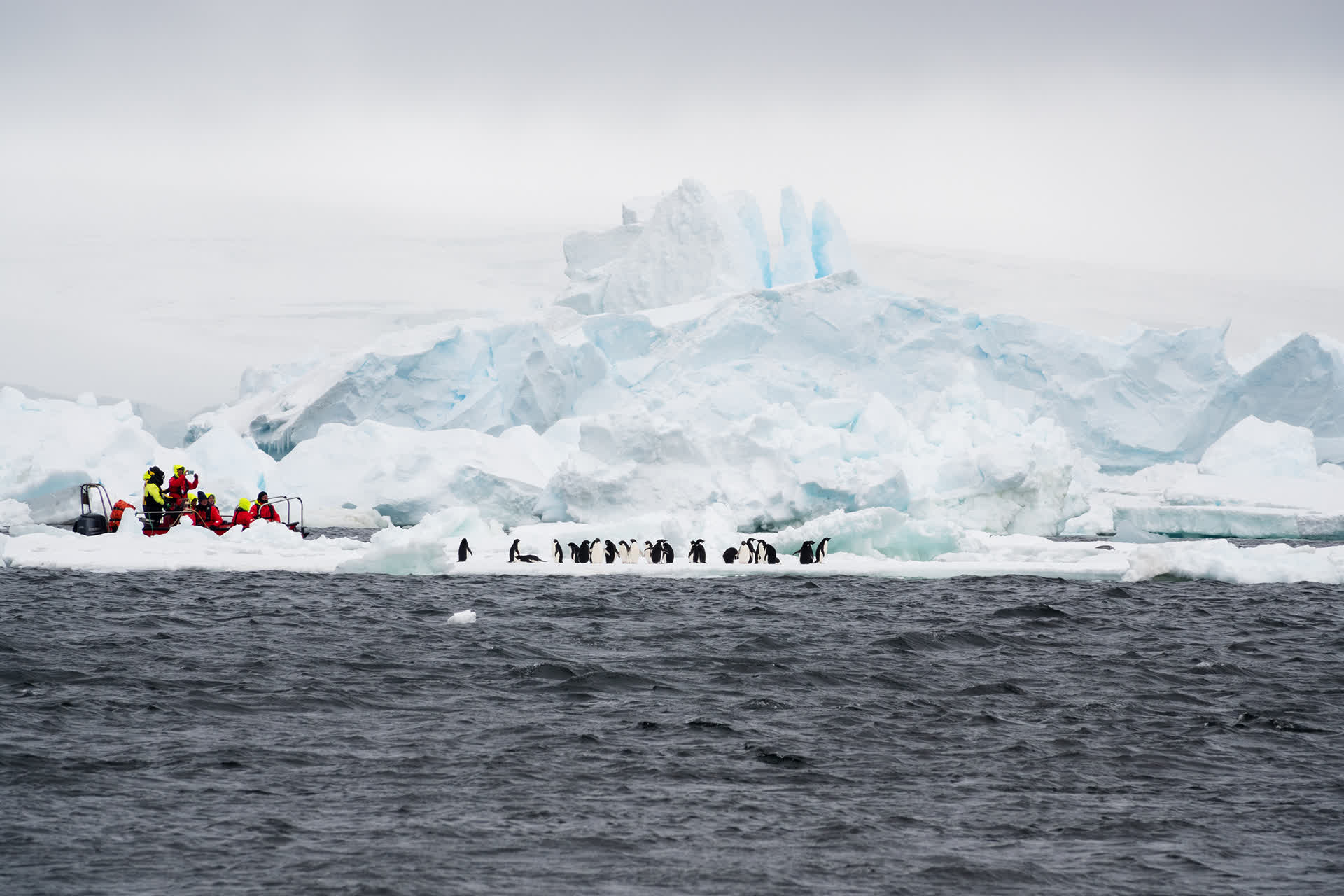 Tourists have a close encounter with Adélie penguins in the Antarctic Sound.

Seaman, who has been documenting the polar regions for years, found this week’s UN report “very troubling, but not surprising.” Like young climate activist Greta Thunberg, she is frustrated with the inaction she has seen across the world to reduce carbon emissions.

“I’m with Greta on this: We should be acting like our house is on fire,” Seaman said. “If you even just pay attention to the news this week, with the fires in Greece and Italy and now Algeria and Oregon and California, this is not normal and it’s only going to become worse. This is just the beginning.”

She hopes the news will wake people up.

“That report this week is devastating, but it might just be the kick in the pants that a lot of us need in order to get up and do what we need to individually do,” she said. 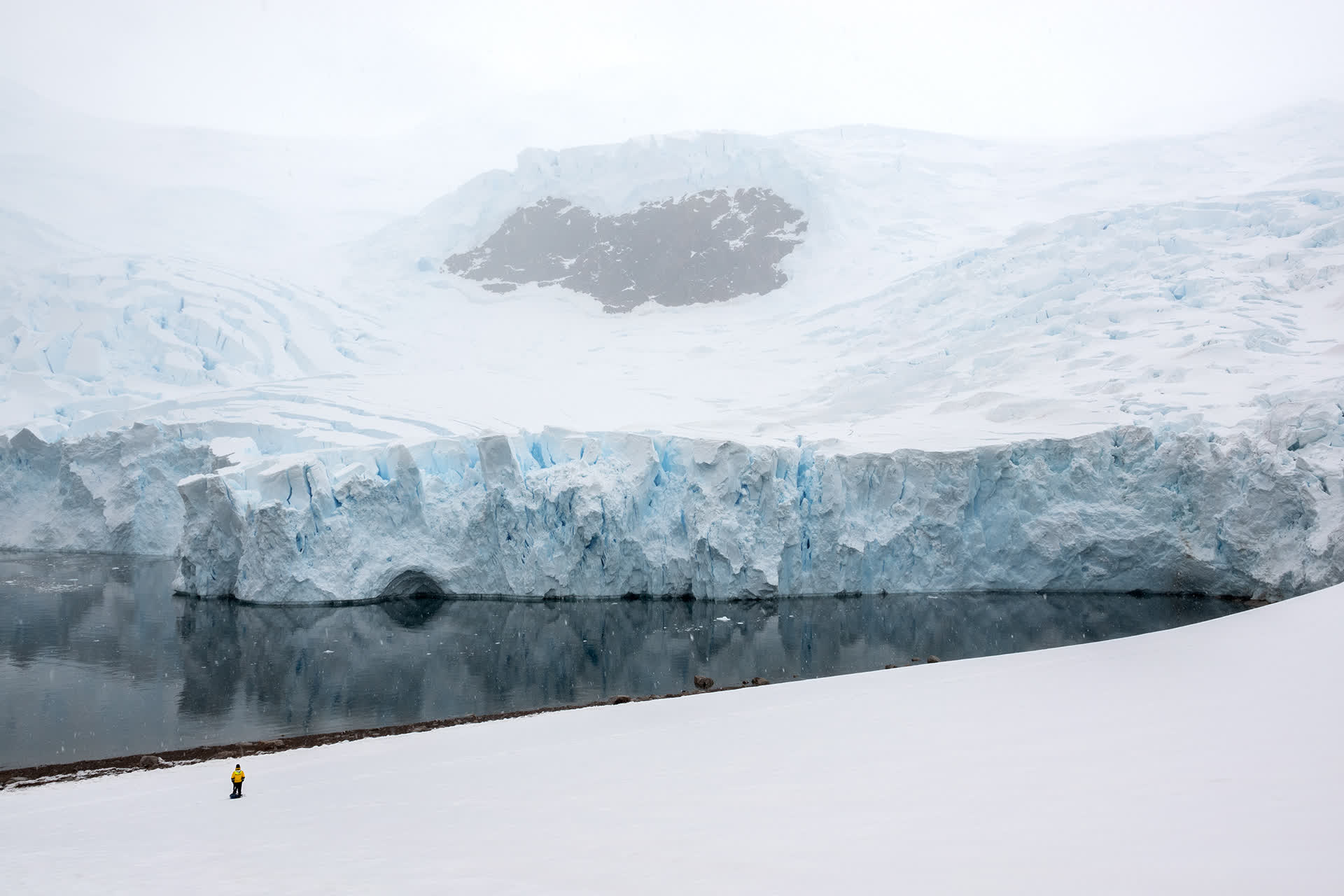 An expedition guide stands watch to make sure a tsunami triggered by a glacier calving does not go without warning. 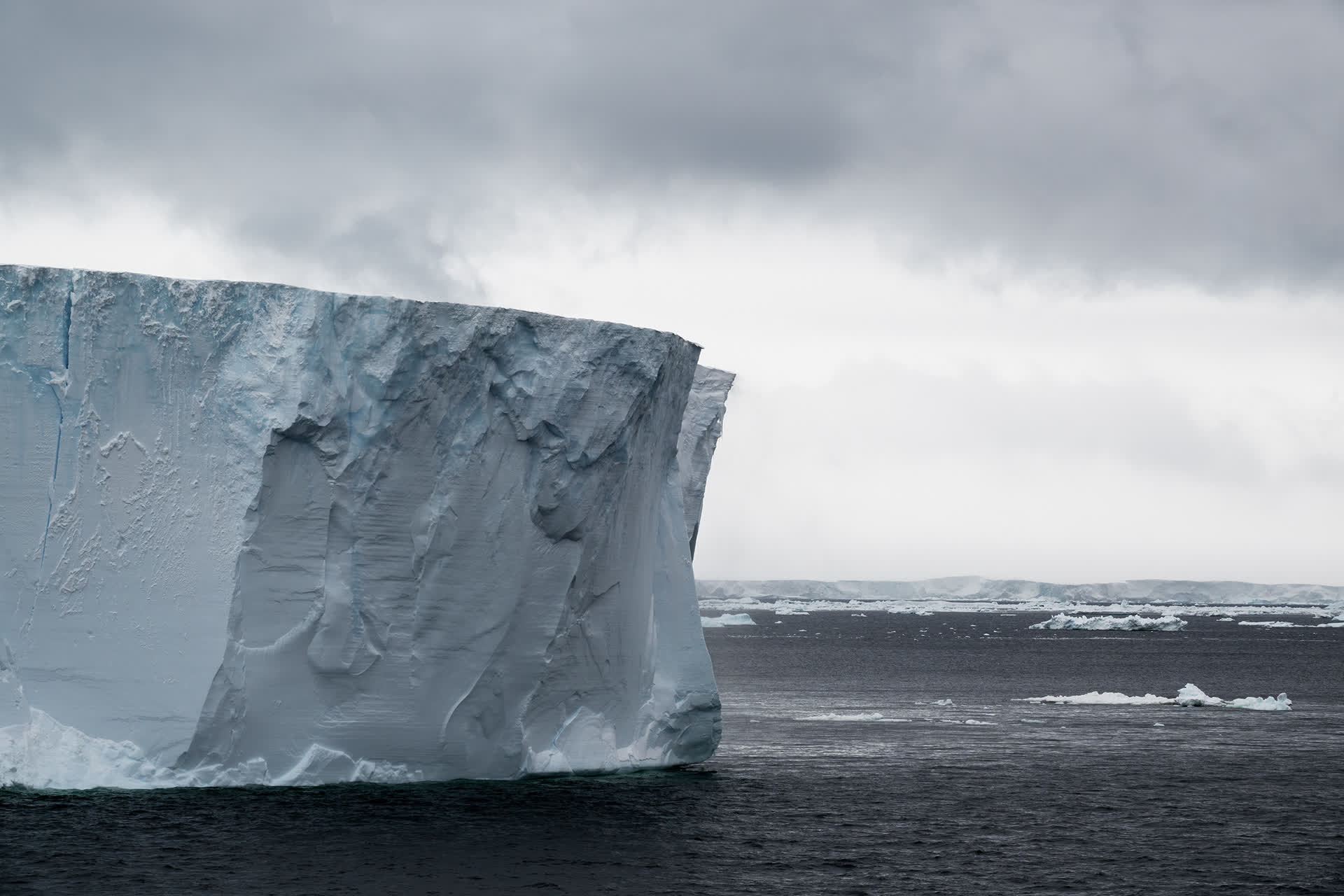 A tabular iceberg is seen in the Antarctic Sound. These table-top icebergs can be well over 100 feet tall above the surface of the water. They may travel with the currents of the sea for years before fully melting.

Seaman is even starting to question her own trips to Antarctica and whether she can do more to make a difference. She hasn’t been there since the start of the pandemic.

She hasn’t visited Svalbard, Norway, for a decade now. The archipelago, between mainland Norway and the North Pole, is home to hundreds of polar bears.

“I haven’t been back to Svalbard since 2011, partly because there was no ice and that meant the polar bears had to be on the land,” she said. “And I didn’t want to be the reason that we had to shoot a polar bear — just because we were in its environment.” 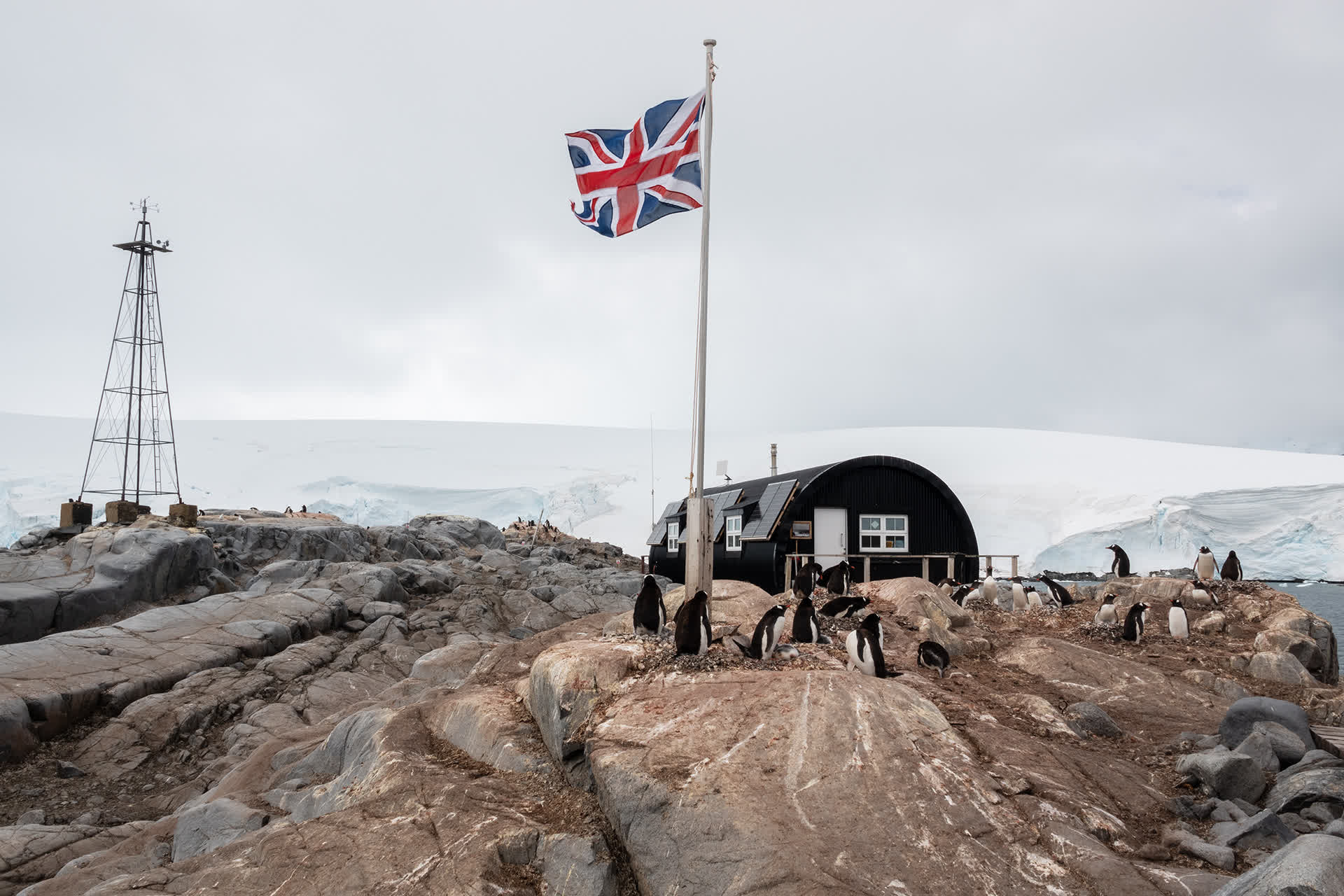 Penguins gather at Port Lockroy, a former British base. Port Lockroy is now the site of a museum and the southernmost post office in the world. 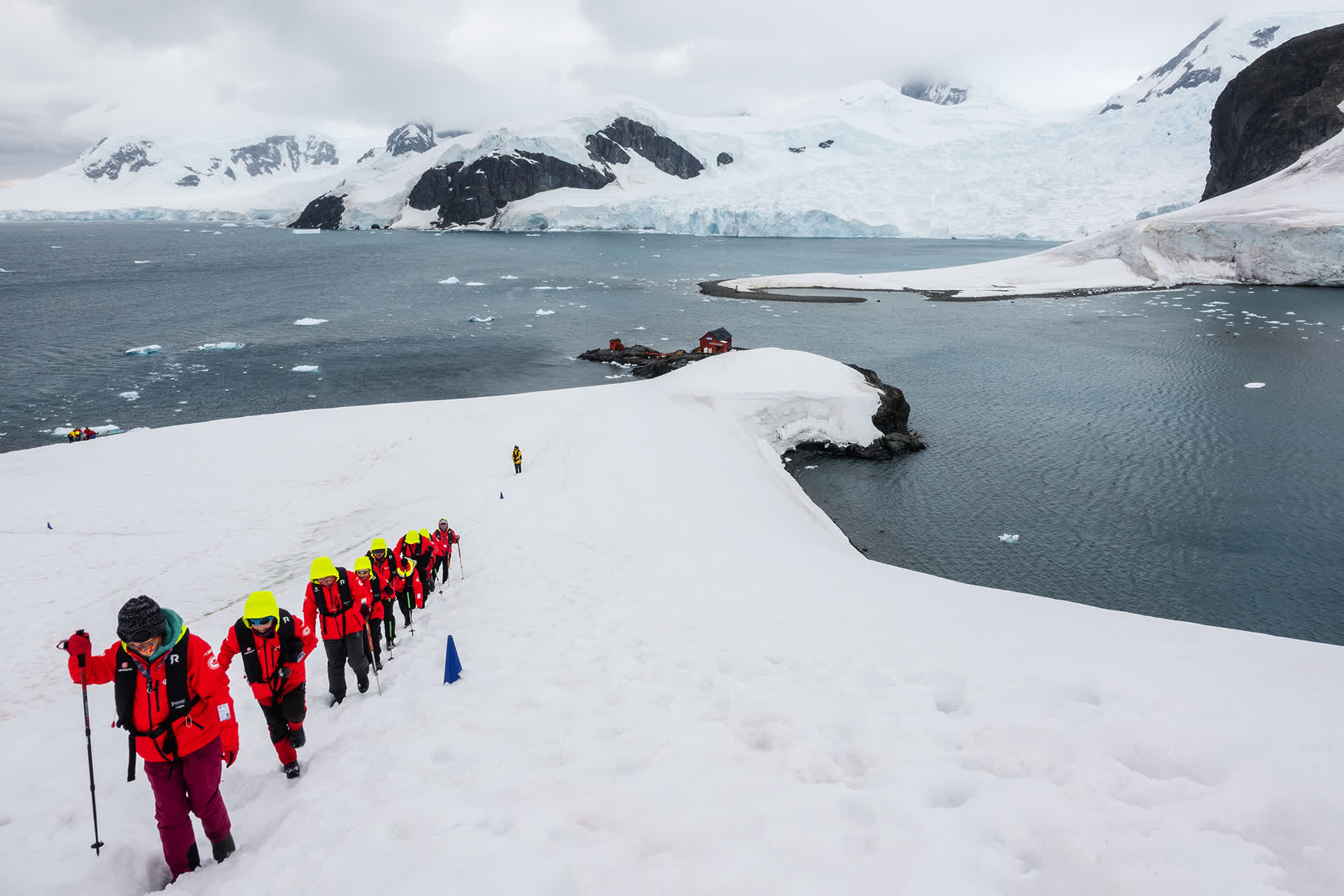 Tourists climb up the steep and icy path at Almirante Brown, an Argentine base in Antarctica.

It was around 2011 when Seaman was feeling particularly frustrated and hopeless about climate change. But her 11-year-old daughter told her not to give up: “You have to try. You have to do something.”

So now she pours herself into her work to raise awareness about the issues.

“If the only thing I really know how to do is make images that hopefully can communicate emotion and information, then that’s what I do,” she said.

She has also given TED Talks and other speeches.

“All the time, people ask me: ‘What can I do? What can I do as an individual?’ And I say, stand up for that one thing that you love about this planet, whether it’s roses or monarch butterflies or that oak tree in your yard. Whatever it is, whales or polar bears. Stand up for that, and you will find that you are not alone. That there are other people who love that thing and don’t want to see it lost on our watch.” 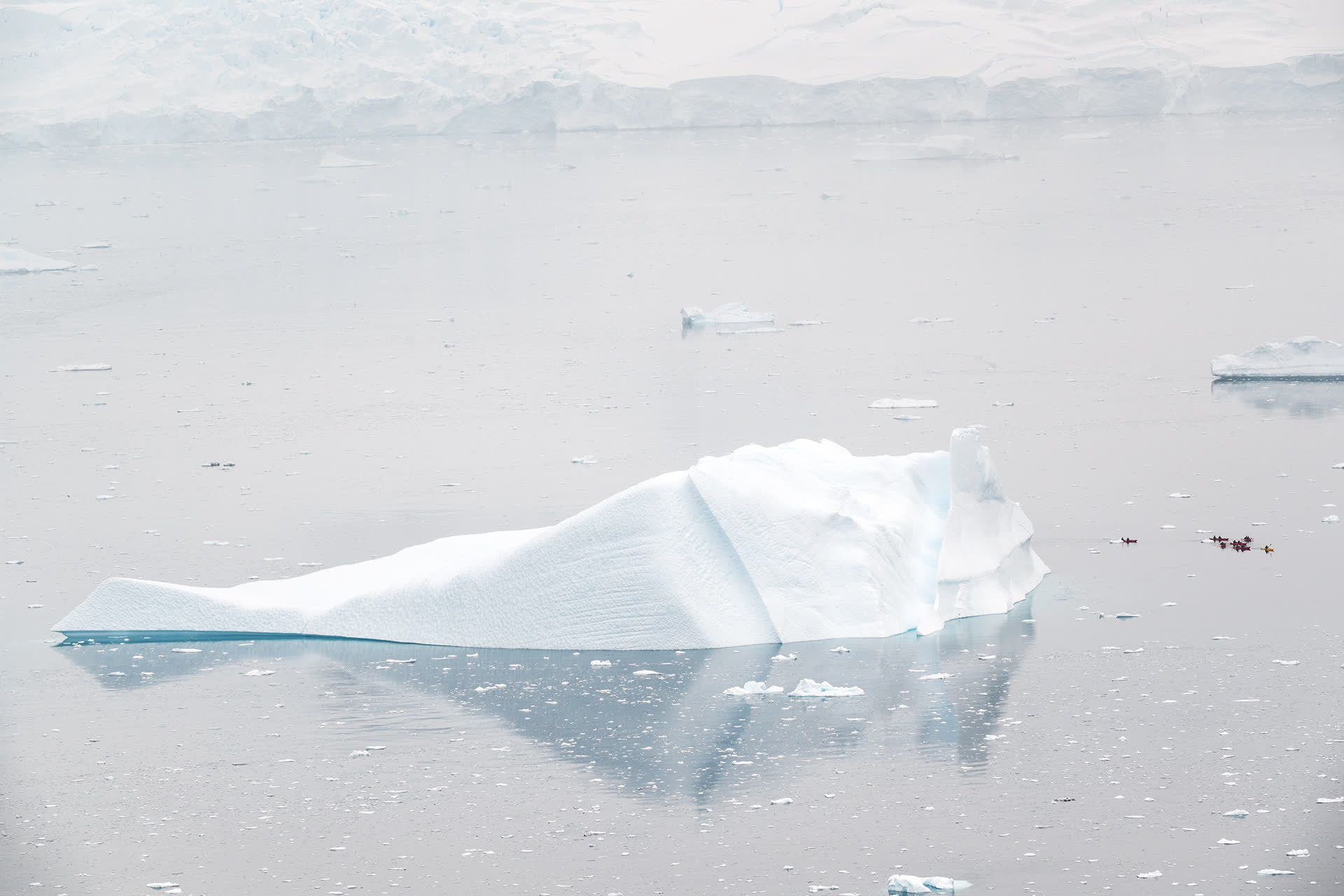 Tourist look tiny next to the immense snow and ice in Neko Harbor. 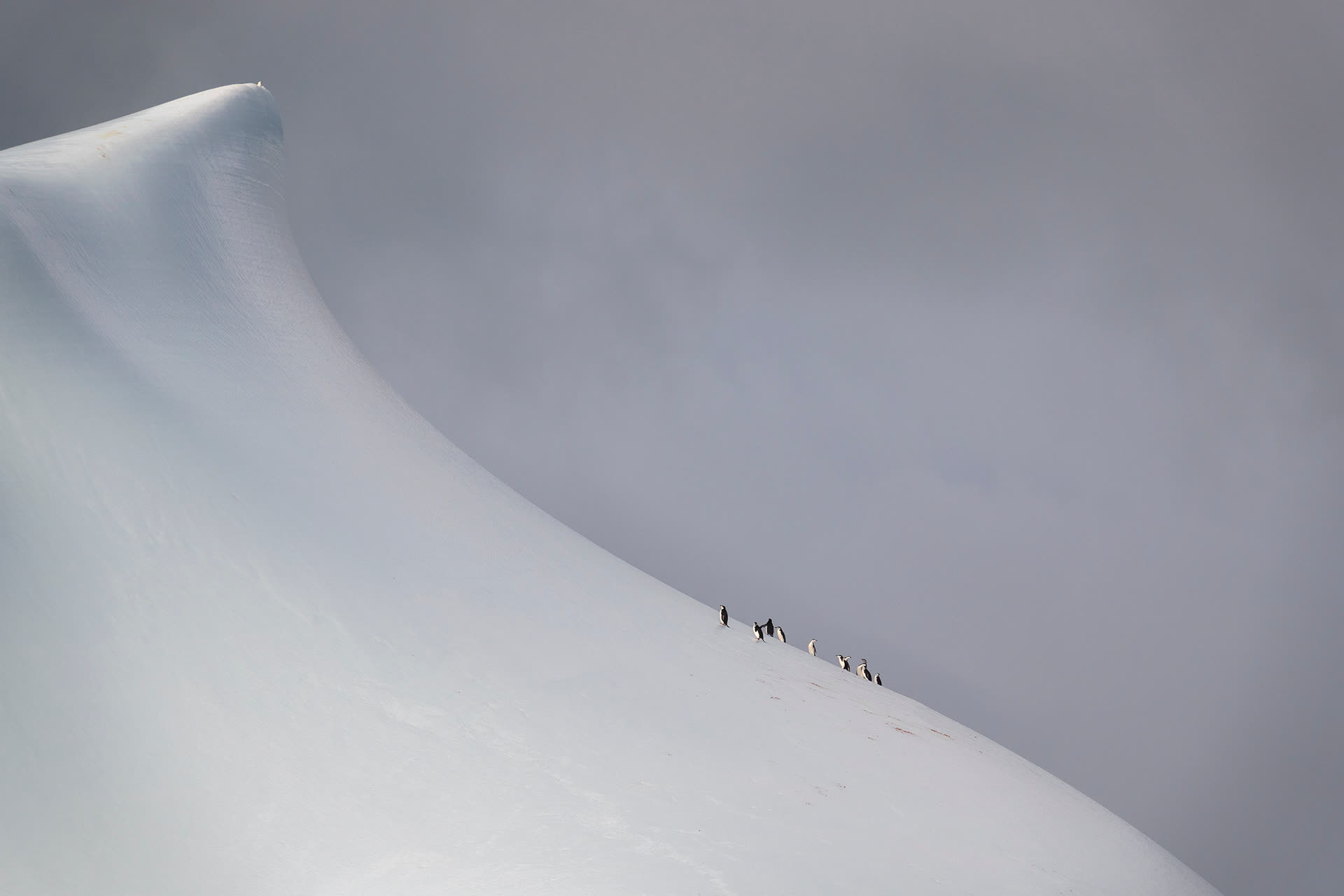