SpaceX Plans To Fly Humans Around The Moon In 2023

by Mike Wall: Japanese billionaire Yusaku Maezawa and a hand-picked coterie of artists could embark on a lunar mission within five years… 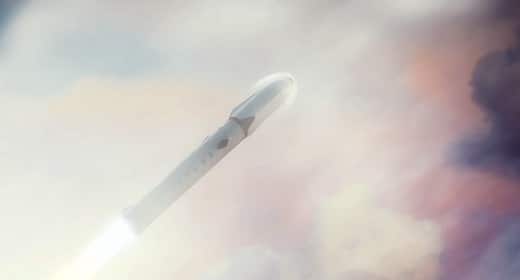 A Japanese billionaire and a coterie of artists will visit the moon as early as 2023, becoming the first private citizens ever to fly beyond low Earth orbit, SpaceX CEO Elon Musk announced tonight.

Yusaku Maezawa, the founder of Japanese e-commerce giant Zozo, has signed up to fly a round-the-moon mission aboard SpaceX’s BFR spaceship-rocket combo, he and SpaceX CEO Elon Musk announced during a webcast tonight (Sept. 17) from the company’s rocket factory in Hawthorne, California.

The mission—which will loop around, but not land on, the moon—could be ready to launch in just five years, Musk said. [The BFR in Images: SpaceX’s Giant Spaceship for Mars & Beyond]

“Ever since I was a kid, I have loved the moon,” Maezawa said. “Just staring at the moon fueled my imagination; it’s always there and has continued to inspire humanity. That is why I do not pass up this opportunity to see the moon up close.”

Maezawa won’t go alone. He said he will choose six to eight artists, from painters and sculptors to fashion designers and architects, to share the experience with him—and, ultimately, with all of us. The artwork that results from this weeklong “#dearMoon” mission “will inspire the dreamer inside all of us,” said Maezawa, who is an avid art collector. He’s launched a website (https://dearmoon.earth/) just for the project.

Maezawa has also invited Musk to come along, and the SpaceX chief didn’t exactly shoot down the possibility: “Maybe we’ll both be on it,” Musk said.

Neither Musk nor Maezawa would disclose how much the flight costs. But both said that “aezawa has already made a substantial down payment, and that he’s buying the entire flight (meaning the artists will fly for free).

Musk stressed that the mission, whose details still need to be worked out, will be dangerous. He commended Maezawa for his bravery.

“This is no walk in the park,” Musk said. “When you’re pushing the frontier, it’s not a sure thing.”

SpaceX is developing the BFR—which stands for Big Falcon Rocket, or Big F—— Rocket—primarily to help humanity settle Mars and other worlds throughout the solar system. After all, Musk has long maintained that helping make humanity a multiplanet species is the main reason he established SpaceX back in 2002. (The BFR will also do a lot of other work. SpaceX foresees the vehicle eventually shouldering all of the company’s loads, from launching satellites, to cleaning up space junk, to carrying passengers on superfast “point-to-point” trips here on Earth.) [How SpaceX’s 1st Passenger Flight Around the Moon Will Work]

Musk estimated that it’ll ultimately cost about $5 billion to get the BFR up and running. And he thanked Maezawa for providing a key piece of funding toward that end.

“This has done a lot to restore my faith in humanity—that somebody’s willing to do this,” Musk said. “He is ultimately helping to pay for the average citizen to be able to travel to other planets. It’s a great thing.”

The SpaceX CEO also provided an update about the BFR design during tonight’s event. For example, the reusable rocket-spaceship duo will be taller than previously stated—387 feet (118 meters), compared with the 348 feet (106 m) that Musk cited during his September 2017 overview of the vehicle.

And the new BFR spaceship will feature three rear “actuated fins” that also serve as landing pads, as well as two fins near its nose. The previous spaceship iteration sported just two finlike “delta wings” in the back.

The BFR spaceship can fit about 100 people, but the “Dear Moon” trip will carry just a skeleton crew to accommodate extra fuel, food, water and spare parts, as a precaution in case something goes wrong, Musk said.

The 2023 launch date is not set in stone, he stressed. SpaceX aims to perform short “hopper tests” next year and high-altitude, high-velocity flights in 2020. If those tests go well, the first flight to Earth orbit could occur two to three years from now, Musk said. And SpaceX will perform a number of uncrewed test flights before putting Maezawa and the artists on board.

This is not Maezawa’s first experience booking a moon flight with SpaceX.

The Japanese entrepreneur was also the person who booked a circumlunar flight using SpaceX’s Dragon capsule and Falcon Heavy rocket, Musk announced tonight. That mission, which SpaceX announced in February 2017, was to carry two people—presumably Maezawa and one artist—and launch by the end of 2018.

While humanity has maintained a continuous presence aboard the International Space Station since November 2000, no person has ventured beyond Earth orbit since the Apollo 17 moon mission ended in December 1972.

NASA also aims to launch astronauts around the moon at about the same time that SpaceX does. The space agency’s Exploration Mission-2, the first crewed test flight of its Orion capsule and Space Launch System rocket, is currently scheduled to lift off on a three-week circumlunar mission in 2023.