The Power Of Vulnerability (And How It Can Change Your World)

by Maria Stenvinkel: “Vulnerability is not about fear and grief and disappointment. It is the birthplace of everything we’re hungry for.” — Brené Brown… 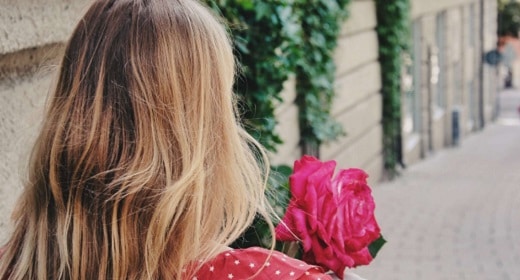 Vulnerability is the gateway.

It’s the entry point to change, expansion and greater connection — both with ourselves and others. In order to create the life we desire, we must put ourselves outside our comfort zone, experience new things and develop skills and behaviors that we might not possess today.

And when you do that, you stumble upon vulnerability. It’s inevitable.

Because the truth is, when we’re vulnerable we don’t have our sh*t together. That’s when we don’t feel powerful or like we can do what we set out to do. That’s why it’s such an exposed, naked and sensitive place to be in. That’s why so many people avoid it at any cost. (But not you, right?)

Vulnerability can also be tricky; hidden behind anger or frustration. Or in disguise as reason, blame, and excuses. Whatever shape it takes, acknowledging and actually seeing it, is the only way to move past it.

A few days ago, I found myself in a vulnerable place. And instead of trying to push it away, I decided to bring it to the surface. To shed light on it fully by calling a friend. I did it because I knew it would be scary to speak about it while being in it. You know, open wound and all.

I had my eyes closed throughout the whole conversation. (Even though it was happening over the phone). Because when vulnerability is on the table — I suddenly turn into that 5-year-old girl again who just wants to camp on someone’s lap.

Instead of just giving my friend some parts of the story that put me in my vulnerable spot, I told her EVERYTHING. I told her about my fear of rejection, fear of not belonging, and fear of not being loved for who I am.

I confessed my deepest worries. I allowed her to meet me as my most fragile self.

And then she asked me: “Why are you so scared to talk about these things?”

That’s when it hit me. I was afraid that she would think less of me. That she would judge me, or not like me as much. As I told her exactly that, tears started rolling down my cheeks. And in that precise moment, it was like that duvet of pain just vanished.

Jackpot! I had hit the nail on its head. Saying the words that scared me the most made me meet the vulnerability at its core. And so, its work had been done. Mission completed.

Embrace Your Most Fragile Self

Dare to see what wants to be seen. Bring light to the thoughts and fears that needs to be brought to the surface. Sit down and really listen to the messages from your body and mind. Step into that most vulnerable spot. Whisper the words or speak them out loud. Just don’t tuck them away, or pretend they aren’t there.

Think about this: If you have the courage to shed light on what scares you the most — what kind of courage and strength are you then going to sit on?

If you choose to embrace — not just the strong, powerful, funny, smart and I-got-my-sh*t-together part of yourself — but also that fragile, “weak” and highly sensitive side, you’re stepping into your full power.

Before we finished our conversation, my friend told me this:

Boom! You’re never alone in what you’re thinking and feeling.