by Karen Young: The best part of being human is being able to connect with other humans. We’re hardwired for it… 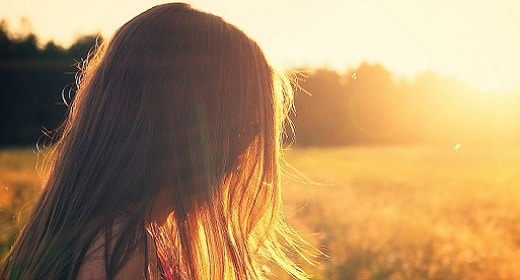 We live in tribes and families, work in groups, love as couples and thrive in friendships. The drive to connect is in all of us whether we acknowledge it or not.

Vulnerability is the driving force of connection. It’s brave. It’s tender. It’s impossible to connect without it.

But we’ve turned it into a weakness.

We’ve made ourselves ‘strong’. We’ve toughened up, hardened up and protected ourselves from being hurt. We’ve protected ourselves from vulnerability and disallowed the surrender. Here’s the problem. When we close down our vulnerability we are shielded from hurt, but we are also shielded from love, intimacy and connection. They come to us through the same door. When we close it to one, we close it to all.

Without vulnerability, relationships struggle. Vulnerability is, ‘Here I am – my frayed edges, my secrets, my fears, my affection. Be careful – they’re precious.’ In return, it invites, ‘Oh, I see you there. It’s okay, you’re safe. And here – here’s me.’ It builds trust, closeness and a sense of belonging. Relationships won’t thrive without it.

Vulnerability is openness to experiences, people and uncertainty. It’s terrifying at times, and brave always.

Occasionally we get hurt. Relationship pain is an unavoidable part of being human. When it happens it can steal you. I know. But we can see this for what it is – a mismatch of people, a redirection, a learning, a happening – or we can take it as a warning and protect ourselves from the possibility of being hurt again. In this case, we make the decision to not be vulnerable. We shut it down. By shutting down to the risks of being vulnerable, we also shut down to the possibilities – the possibility of joy, intimacy, closeness, gratitude and connection.

Connected or Not: What makes the difference?

Brene Brown PhD is a research professor from the University of Houston and an expert in the field of vulnerability. She’s looked at those who have a strong sense of connection and belonging and those who don’t. Her research has found that the difference between the two groups was that those who had a strong sense of love and belonging believed they were worthy of it. People who believed they were worthy of connection experienced greater connectedness.

When people believe themselves worthy of connection, they’re more likely to move towards others. They’ll be the first to say ‘I love you’. They’ll be quick to say, ‘I miss you’ (not just in absence but in the growing apart). They’ll ask for help and they’ll be open to the  love, affection and influence of others. They’ll be grateful. They’ll be connected.

This doesn’t mean they’ll always get what they want. What it means is that they are more willing to be open and vulnerable in relationships because their potential for shame is less. If the connection falls short – if the ‘I love you’ is left hanging, the ‘I miss you’ isn’t returned, the request for help is declined, people who believe they are worthy of connection are less likely to blame themselves and their own ‘unworthiness’ for the disconnection. They are often the people who people want to be with. They give to the relationship and they receive openly, abundantly, honestly and with love and gratitude. They allow themselves to be vulnerable to the uncertainty and they make it safe for others to do the same.

Vulnerability does not mean oversharing and offering every detail of your life up for consumption by anyone with a head. It about intention. There are those you hold close, or want to, who are worth taking a risk for. You open up, you let them know, you offer some of yourself and hope it will be received. Then there are those who you know, but who may not have earnt your vulnerability.

Your vulnerability still has to be earnt by others to some extent, but you have to be ready to see when someone deserves it from you. Offering every detail of your life to the person behind you in the 15 items or less aisle at the grocery store can walk dangerously close to a lack of boundaries and can leave you overexposed.

Somewhere along the way, the need to protect ourselves from being vulnerable has trumped the need to connect. I understand that. Few things hurt as deeply and completely as the heartache that comes from relationships. But heartache and uncertainty is part of being human and it’s avoidance is getting in our way.

In response to this, we’ve stopped allowing ourselves to be vulnerable. We’ve toughened up. We’ve turned vulnerability into a weakness and guardedness into a strength.

Life happens – really happens – in the midst of our vulnerability. It’s here, in strength and with the greatest of courage, that we ask for help, say the first ‘I love you’, reach out for sex and physical intimacy, tell someone we miss them, ask where we stand, feel. When we shut down our vulnerability, we shut down the possibility.

There are no guarantees. There never have been. But what is certain is that we deserve more than to have our vulnerability – the greatest vehicle to connection – shut down by fear. We cannot guarantee the outcome, but we can have faith in our ability to cope with it. Living and loving with a vulnerable, open heart will bring its own rewards. There is no daring more honest and more courageous than that which comes with respecting our vulnerability, embracing it and acting from it.