Psychedelics And The Out-Of-Body Experience

by Susan Blackmore Ph.D: Are they related? 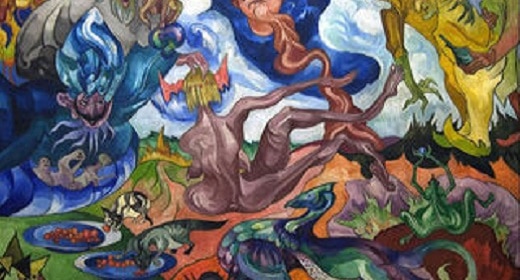 The relationship between psychoactive drugs and OBEs is complex and controversial but the psychedelics, in particular, are often claimed to be associated with OBEs. Next week, the Psychedelic Society is presenting a film screening and online debate called Out of Body.

The panel, as well as me, includes such OBE experts as David Luke, Anthony Peake, Graham Nicholls, Jade Shaw, and more. I have yet to be given the film link, but I strongly suspect the film will provide lots of claims of actual journeys beyond the body and evidence for other worlds and consciousness after death. I fear I may be alone in arguing that our 21st-century science can explain all aspects of the classic OBE without recourse to magical abilities, souls, or astral bodies. I may be wrong, so we shall see!

So what is the relationship?

Cannabis is sometimes classified as a “minor psychedelic” and in his pioneering book, On Being Stoned, psychologist Charles Tart (1971) questioned 150 marijuana users who’d used the drug at least a dozen times, finding that 44 percent reported having OBEs (much higher than found in general surveys). About a quarter of them (23%) had had one OBE and about a fifth (21%) had had many. But their OBEs did not tend to occur when they were stoned. In fact, most of these cannabis users had never had an OBE while intoxicated. The same applied to those who used psychedelics as well as cannabis; they reported more OBEs and more multiple OBEs.

A possible explanation is that the type of people who are prone to having OBEs are also those who enjoy smoking dope or tripping. For example, healthy cannabis users score higher on schizotypy than non-users (Dumas et al 2002, Williams et al 1996) and we know that OBErs do too, but the causal connections are unknown. It might be that schizotypal traits incline people both to having OBEs and enjoying cannabis.

Alternatively, cannabis use might increase schizotypy or change people’s brains in other ways that make an OBE more likely. From what we know so far, this might include loosening the body schema, reducing own-body imagery, or increasing the ability to relax, concentrate or control imagery, but there is little evidence exploring these, and the causal connections are likely to be complicated.

What about OBEs that actually occur during cannabis use? Many users report changes in bodily sense, including familiar-sounding vibrations, or the classic “vibrational state.” “I feel a vibration or tingling sensation in some or all of my body that I can tell is not an actual muscle tremor by looking at my body” (Tart 1971 p118-19). Others describe becoming larger or smaller, as I did in my own first OBE; others become heavier or lighter. “My body may feel very light or even feel as if I float up into the air when stoned” (Tart 1971 p 111). Full OBEs also occur, and drug use websites are full of fascinating descriptions, though they do tend to be deeply weird. Here’s one example of someone who filled a hot bath, began to experience buzzing and ringing in the ears, and then wrote:

“i had read about OBE’s earlier though i have no practical experience with it. so i pictured my ‘astral’ legs lifting out, then my arms, then my torso. i felt no different. as i pictured my ‘astral’ head coming free i started feeling tingling all over my skin especially in my face. it was like ‘whoa!’ i then pictured/willed my astral body to lean backwards and as i did that i felt my ‘mind’ peel away from my physical senses. i then found ‘my mind’ floating several feet behind where i sensed my physical body.”

There are lots more examples in my book Seeing Myself (2017).

The major psychedelics include naturally occurring ingredients of plants such as mescaline from the peyote cactus, psilocybin from magic mushrooms, and DMT which occurs in a wide variety of plants. Then there are synthetic versions of these compounds as well as the entirely synthetic drug, LSD (Lysergic acid diethylamide), often called the ultimate psychedelic.

The classic work on LSD is The Varieties of Psychedelic Experience by Masters and Houston (1967). They describe hundreds of accounts from users of both LSD and peyote.

Among the bodily distortions they describe are those when, “A subject may lie on his back and look at his feet — which may seem to be five yards away or just under his chin.” The whole body might be elongated or shortened or just an arm or leg might be stretched. Some could project an image of themselves onto a wall or into a crystal and one claimed to be able to multiply himself so that he could see several doubles of himself.

They go on: “There is also a fairly common experience where the subject seems to himself to project his consciousness away from his body and then is able to see his body as if he were standing off to one side of it or looking down on it from above.” This fits precisely the formal definition of an OBE. That is, “an experience in which you seem to perceive the world from a location outside the physical body” (Blackmore 2017).

One subject, after lying down for some minutes, “reported himself able to travel in his astral body and to pass through walls and other solid obstacles. He had just been down on the street, he said, and described very vividly what he had seen there. But asked to pass through the wall into the neighboring apartment, with which he was not familiar, and to describe its furnishings, he declined” (Masters and Houston 1967 pp 86-7). This is what I would expect given I don’t think anything actually leaves the body during an OBE.

After that, little serious research was possible because, like most psychedelics, LSD was made illegal in most countries in the 1960s. However, Stanislav Grof (1975), the American psychiatrist and founder of transpersonal psychology, reviewed the early experiments with LSD and some included OBEs. OBEs also occurred during LSD therapy for the dying and may have contributed to the reduction in fear and death anxiety that these experiments revealed (Grof and Halifax 1977). Half a century later, research on LSD for the dying has at last begun again (Gasser et al 2014). In a previous post, I wrote about how a young man’s LSD trip led him to become a pioneering near-death experience researcher.

Happily, research with both LSD and psilocybin is now taking off. For example, in the first-ever fMRI scanning studies, subjects took 75 micrograms of LSD. Functional connectivity increased right across the brain. Connectivity decreased between some areas and the decrease between the parahippocampus and the retrosplenial cortex correlated strongly with reports of “ego dissolution” (Carhart-Harris et al 2016 p 4853). No one had an OBE but ego dissolution correlated with increased connectivity in the temporo-parietal junctions, which we know are important in OBEs (Tagliazucchi et al 2016).

I believe the significance of these tentative findings comes clearer as we begin to map out the circuits that build up the sense of self. When those self-circuits break apart, they can induce an OBE. Alternatively, if they break in a different way, the self dissolves. OBEs and LSD trips can both be seen as close to mystical experiences in which the self dissolves. In my opinion, they all reveal the self as a model the brain builds up, not a little conscious nugget living inside the head, and not a soul, spirit, or astral body that can leave the physical behind.

Ayahuasca is a complex brew of vines and shrubs, sometimes known as “the vomit drug” for obvious reasons! The active ingredient is DMT (N,N-dimethyltryptamine) sometimes called the “spirit molecule.” It is often said to induce OBEs, as well as lights, tunnels, strange sounds, and, above all, vivid visions. But clear evidence is hard to come by.

Many people claim that these drugs produce OBEs but their descriptions sound more like total self-body-dissolution than OBEs. Yet there are other possible connections with OBEs. Apart from the disruption of the normal bodily sense, many users report tunnels, spirals, and the vast void that is reported in some NDEs. As we have explored in previous posts, all these are commonly associated with OBEs and are explained in terms of hyperactivity in the visual cortex, temporal lobes, and the temporoparietal junction.

I have used all these psychedelics in the past and, most recently, drunk ayahuasca several times. I may write about these experiences in a future post. Some were dramatic and inspiring, but I rarely experienced anything like a typical OBE. Maybe I’ll get to talk about some of these experiences on the panel next week.