How To Become Vegan: A Beginner’s Guide

by Garin Pirnia: Tips for making the transition and expert-backed advice on what to expect… 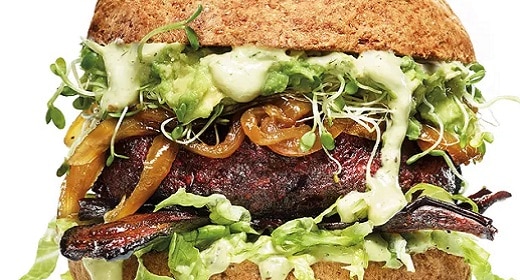 At the beginning of every year, people struggle through Dryuary, fad diets, juicing and other fleeting methods for becoming healthier, or they use the clean slate as a chance to make long-lasting lifestyle choices. With meat prices skyrocketing and the endless pandemic’s focus on health consciousness, people might want to consider becoming vegan.

More than 9.6 million Americans are vegan, which comes out to nearly 3% of the population. Studies have shown that adopting a vegan way of life lowers cholesterol and can help you lose weight if that’s your goal.

“I think veganism is something that’s here to stay,” said Rene Johnson, a soul food chef based in Oakland, California, and author of the vegan-friendly cookbook “From My Heart To Your Table.” “It’s going to be the norm. People are excited to try vegan.”

But as with any lifestyle transformation, veganism has its pros and cons.

“Veganism is an ethical stance — it is not a ‘fad diet,’ even though it easily gets lumped into that category by folks looking to capitalize on what’s on trend,” Anya Todd, a Cleveland-based dietitian specializing in vegan nutrition, told HuffPost. “Going vegan cannot make you immune to health ailments — though gimmicks will try to convince you. No way of eating can give you that assurance. What being vegan can do is lessen your carbon footprint, align your actions with your ethics of justice and compassion, and eliminate your participation in some of the worst animal cruelty imaginable.”

But even with a more compassionate lifestyle decision, Johnson encouraged vegans to live guilt-free.

“You need to pick a reason why you want to be vegan and go by that,” she said. “I believe that veganism is not a religion. You should not do it with a guilty heart. The guilt is: You know how healthy it is for you, but you still crave a piece of bacon. If you have it, I want you to know you can start over the next day. I think you need to be forgiving of yourself if you do have a slip-up. I think a slip-up is healthy every once in a while.”

What’s the best approach to transitioning?

In order for omnivores to become vegan, they must relinquish things like beef, eggs, dairy and even honey. In the beginning, it can seem daunting to quit cold turkey, so to speak.

“For the sake of the planet and animals, I would love everyone to go vegan — but we live in an imperfect world where ‘all or nothing’ is not attainable for many people,” Todd said. “If you are looking to become vegan, assess your current food intake, as you may be surprised what things are already naturally vegan — beans and rice, pasta and sauce. Take a look at what you could easily substitute. For some people it may be switching to a nondairy plant milk, while others may find it is really easy to stop eating beef.”

You can start out simple by substituting chickpeas, rice and quinoa for meat before moving over to plant-based meat, Johnson added.

“Tofu is really beautiful. Try a couple of different plant-based butters to see which ones you like. Try your cashew milk or oat milk — see what you like. If you’re going to go vegan and just do nothing, it’s a hard curve. But if you start replacing things with vegan alternatives, then it’s easier to transition over,” she said. 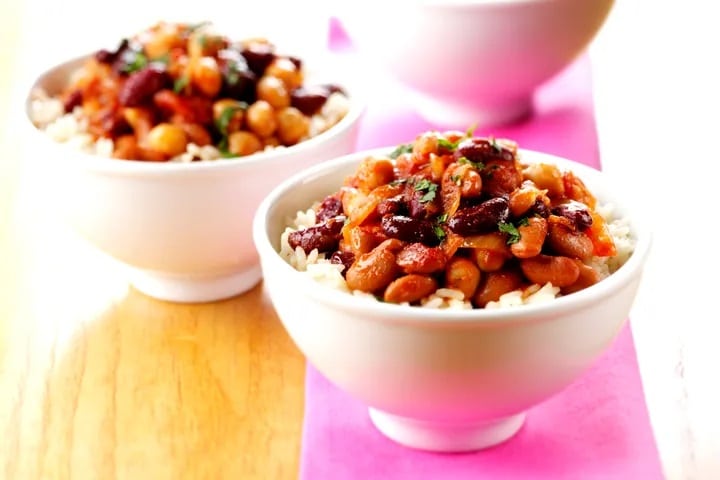 So you’ve decided to give veganism a whirl. How long should you give yourself to see if it’s right for you? Johnson suggested trying it for two weeks.

“I’ve never seen anybody say, ‘Hey, I’m going to be a vegan. Give me 30 days,’” she said. “In the first week, you know whether you can do it or not. Once you really start experiencing it and realize that you’re not missing anything, it’s a different kind of experience.”

How do you deal with judgmental people?

Sometimes, veganism comes with discrimination. However, as Johnson’s grandmother once said, “Keep your eyes on your own plate.”

“A lot of times when you say you’re vegan, people will often think you’re not going to eat well,” Johnson said. “People automatically think because you’ve chosen to be vegan that you’re better than them or that you’re going to eat horrible food. But it’s not anybody’s business. I don’t let anybody dictate how I’m going to eat or what my food experience is.”

Similarly, Todd added, “I don’t give a flying fig what other people think.”

What are some unexpected side effects of being vegan?

It can come with the good and the bad, depending how you eat. For Johnson, becoming vegan helped curb her sugar cravings and cleared up her skin — she can leave the house without makeup on — and made her feel lighter.

“Before I was vegan, I used to be the person who went through the checkout stand and always grabbed two or three candy bars,” she said. “Now I’m able to not get those candy bars.”

“But you can’t just say you’re a vegan and eat a ton of French fries,” she continued. “I think that absolutely if more people were vegan, we’d have less health issues. People’s diabetes would go down. Blood pressure would go down. Change could happen.”

Judging by the plant-based aisle in a grocery store, you’d think eating plant-based food was unaffordable. Beyond Burgers cost around $4.99 for a pack of two burgers, and some upscale restaurants dedicate their entire menus to vegetables. But if you are able to cook food from scratch, it can be inexpensive.

“Animal agriculture is subsidized by the government, so everyone should keep that in mind as to why they can go to a fast food joint and get cheap food,” Todd said. “Can vegan food be more expensive? Sure, there are nondairy cheeses in excess of $12. But also you can get a can of beans for under a dollar. Limited research shows vegan diet patterns are cheaper than animal-based ones.”

What are the best ways to get enough vitamins and protein?

The lack of B12-rich foods — meat, dairy products, eggs and fish — and protein can be a challenge for vegans, and it’s also a reason why going vegan may be more difficult for people with certain health conditions such as anemia. To get enough protein and vitamins, Todd recommended eating a variety of foods.

“Vegans should either supplement with vitamin B12 or consistently consume foods fortified with it,” she said. These include cereal, nutritional yeast and some plant-based milks. “People should focus on getting several servings per day of protein-rich foods like legumes and soy foods (soy milk, tofu and tempeh). If one needs to include protein powder and processed foods [like veggie burgers], this is perfectly OK. The idea that some of these products are ‘too processed’ is not founded in science and creates unnecessary dietary restrictions.”

Johnson also agreed that it’s important you get enough vitamins and potassium.