by AE Toole: Could it really be that simple? Can we really reduce our stress by practicing what is known as “mindful walking” each day? 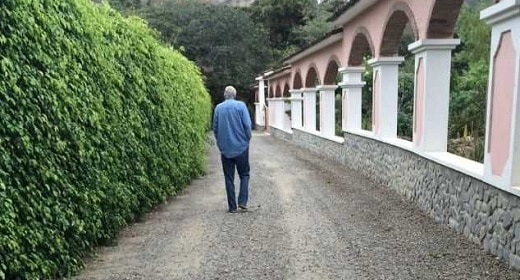 Dr. Michael Teut and colleagues at Charité ‘s Institute for Social Medicine, Epidemiology and Health Economics studied the effect of a mindful walking program in people who were assessed as having “high levels of perceived psychological distress.” The research team based their study on principles of Buddhist mindfulness meditation, seeking moment-to-moment experiences without being lost in worry and distress.

The mindful walking program consisted of eight 1-hour training sessions over four weeks. Each session took place in streets and parks near the Charité’s outpatient clinic for Complementary and Alternative Medicine and included the following:

-A quick feedback round to share experiences among the group

-Return to the meeting point

Mindful Walking: The core mindful activity was for walkers to contemplate the sensations of walking, focusing on moment-to-moment experience without allowing their minds to wander into worry. If distressing thoughts entered their minds, they were taught to focus awareness on breathing in and exhaling.

The researchers assessed stress levels in both the walkers and the people on the waiting list with Cohen’s Perceived Stress Scale. Originally published in the Journal of Health and Social Behavior in 1983, the stress scale was developed by Sheldon Cohen, a professor at Carnegie-Mellon University, and colleagues from the University of Oregon. Today’s scale has 10 questions answered on a scale of “never” to “very often.” An example of one of the questions is, “In the last month, how often have you found that you could not cope with all of the things you had to do?”

The results of the Berlin study published in Evidence-Based Complementary and Alternative Medicine were intriguing. Not only is it easy to build mindful walking into our daily routines, but with practice, we could apply it to other situations where moment-to-moment attention could take us away from otherwise stressful experiences such as being put on hold on the telephone. Give it a try and see if you can be a little more mindful while walking to work or waiting in line!