How We Treat Inflammation May Be Causing Chronic Pain

by B. David Zarley: The surprising discovery could change how we treat pain… 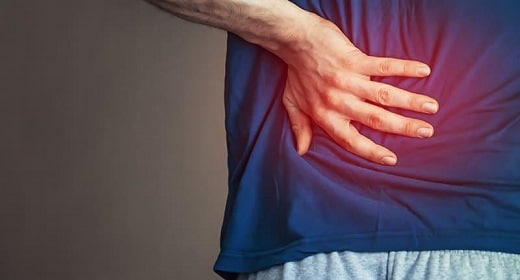 We do not yet understand how acute pain becomes chronic.

But new research spearheaded by researchers at McGill suggests that the standard way we treat inflammation could be a major cause of chronic pain — overturning decades of clinical practice.

The study, published in Science Translational Medicine is based on patient data and animal experiments, comes to a sure-to-be-controversial conclusion: that the link between inflammation and pain is the opposite of conventional wisdom, and that inflammation may actually prevent injuries from developing into chronic pain.

If true, it would mean that “standard medical management for this type of pain turns out to be probably making matters worse, not better,” McGill professor Jeffrey Mogil, the E. P. Taylor Chair in Pain Studies and the study’s senior author, told STAT.

Should we treat inflammation? Radical may be a bit of an understatement.

There’s an “unspoken rule” in pain medicine, Thomas Buchheit, who directs a program for regenerative pain therapies at Duke and was not involved in the study, told the New York Times.

“If it hurts, take an anti-inflammatory, and if it still hurts, put a steroid on it.”

For decades, it has been common practice to treat inflammation to help alleviate pain, Mogil said in a statement.

There is ample research associating chronic inflammation with chronic pain, which lead doctors to try to stop the inflammatory process immediately. But stopping inflammation, while pain-relieving in the short run, may be one reason the pain turns chronic.

A decades-long quest: McGill professor of human pain genetics Luda Diatchenko has been hunting for biological underpinnings of pain for two decades, she told STAT.

Rather than sifting through one gene at a time to understand its individual impact on pain, she desired a way to examine how the whole genome is actually working in the cells of people with chronic pain.

With the recent rise of readily available RNA sequencing, she and her colleagues at McGill and in Italy were able to do just that.

The new research suggests that the standard way we treat inflammation could be a cause of chronic pain — overturning decades of clinical practice.

The study: The team collected blood samples from 98 Italian patients with lower back pain, tracking them for three months — the point when continued pain becomes diagnosed as chronic.

By sequencing all of the RNA within immune cells from the blood samples, the researchers could see that the cells of people who recovered from their initial pain were actually much more active than the cells of chronic pain patients.

“They have this massive immunological process going on,” Diatchenko told STAT.

Most important seemed to be the genetic action involving cells called neutrophils. Neutrophils are star players in the early stage of inflammation, and “set the stage” for the healing of damaged tissue, Mogil says.

“Inflammation occurs for a reason, and it looks like it’s dangerous to interfere with it.”

When Mogil first heard Diatchenko’s findings, he thought it had to be impossible, the researchers told STAT; after all, it’s medical dogma that in mouse studies — Mogil’s specialty — mice with pain get better when you treat inflammation.

But the researchers realized, those studies do not usually follow the mice after their treatment for very long. They decided to fix that.

Groups of injured mice were given either saline, an over-the-counter anti-inflammatory, or a heavy duty IV steroid. The mice who received the anti-inflammatory treatments felt better initially but ended up with prolonged pain; the saline mice, whose inflammation was allowed to proceed as natural, did not develop chronic pain.

To further test their results, the team analyzed 500,000 people in the UK BioBank, a massive database of detailed medical histories. Looking at patients who had had acute pain, they found that those who treated inflammation with anti-inflammatory drugs were more likely to develop chronic pain within two to ten years than those who used other kinds of pain relievers, like acetaminophen.

Similar results were found in an analysis of patients with TMD, pain around the jaw joints, muscles, or nerves which can have numerous causes, including an improper bite and trauma.

“Our findings suggest it may be time to reconsider the way we treat acute pain,” physician and study author Massimo Allegri said in a statement.

“Luckily pain can be killed in other ways that don’t involve interfering with inflammation.”

Far from settled: As you might expect for a study so against the norm, the researcher’s results should not be considered definitive, experts said.

Further research — including looking at patients with other sources of pain and, most importantly, running a randomized placebo-controlled trial in humans — must be conducted to see if the results bear out.

That includes looking at patients with other sources of pain and, most importantly, running a randomized placebo-controlled trial in humans. The lack of real experimental data kept the paper — despite positive peer reviews — from acceptance in the New England Journal of Medicine, Mogil told STAT.

Performing just such a study is the researcher’s next step.

“These findings should be followed up by clinical trials directly comparing anti-inflammatory drugs to other pain killers that relieve aches and pains but don’t disrupt inflammation,” Diatchenko said.