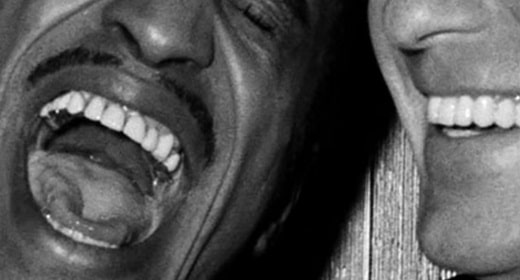 Virtual communication created a whole new way of speaking with one another: writing a back-and-forth conversation, via text message, often in real time. This is disembodied and dislocated speech—a text bubble without a comic-book character, because the comic-book character … is you (gasp).

New ways of communication call for new vocabulary, lexical caulk to fill in the cracks that form in language when we transport it over to a new home. When we started communicating through letters, we needed Dear and Yours truly to begin and end a lengthy dispatch to someone present only in our imagination. When the telegraph allowed us to communicate instantaneously, we needed STOP to make sure the recipient knew our sentences were over. And now that we can text back and forth from anywhere, at any time, at a moment’s notice, we seem to need, above all else, lol to make sure that we’re fully understood. Lol.

This phenomenon is nothing new. Back in 2016, my colleague Megan Garber noticed via a particularly revealing (pun intended) Kim Kardashian Instagram post that “her LOL functions as, essentially, a punctuation mark.” In her article, Garber quotes language GOAT (and Atlantic contributor) John McWhorter’s watershed 2013 essay in lol studies: Lols “signal basic empathy between texters. What began as signifying laughter morphed into easing tension and creating a sense of equality.That is, ‘LOL’ no longer ‘means’ anything. Rather, it ‘does something’—conveying an attitude—just as the ending ‘-ed’ doesn’t ‘mean’ anything but conveys past tense. LOL is, of all things, grammar.”

Anyone who’s ever appended an lol to an “I’m going to be late” text knows exactly what McWhorter is talking about. You’re in no way signaling laughter, which might add salt to the wound of your tardiness. You’re saying: “I know, classic me, right? I’m ridiculous; I’m irresponsible; I’m sorry.”

And though a similar tone can be textually conveyed through a simple haha, a tactical lmao, or a well-chosen emoji, lol has endured above all as a flexible and adaptable little linguistic particle that makes text conversations feel more human. And as we’ve leaned on it more and more to convey virtual empathy, the term has begun to spread its semantic weight among several slight variations:

lol: The classic, often all-lowercase lol has become a tonal punctuation mark with the ability to begin or end a sentence in a way that lends a warm sense of wry, empathetic bonhomie.

Lolllllll: The terminal l extension acts as an intensifier, propelling the lol back into the vicinity of actual laughter—though not quite. It’s sort of like an extreme eye roll/head wag/scoff combo, indicating more of an ironic “Oh brother!” than a straight-out guffaw. But I’d also hypothesize that the more ls at the end, the closer this gets to a genuine chuckle.

olololololol: The recursive lol, to me, is much closer to communicating an actual laugh response. As with the terminal l extension, the more recursions, the more expressive it gets. With only a few, though—lololol, for example—this one just feels like a conversational pat on the back, a communication of bemused encouragement. It’s more enthusiastic than lol and less droll than lolllll.

LOL: The uppercase, to me, indicates shock or surprise—the text-message equivalent of opening your eyes really wide and dropping your jaw a bit.

LOLOLOLOL: The combination of recursion and capitalization achieves the closest effect to actual laughter.

Overall, though lol can help us regain some of the meaning that gets lost in translation in virtual conversation, it pales in comparison to the semantic power of physical co-presence. Body language, vocal tone, facial expressions—these carry thousands of years of intuitive human meaning that digital communication just can’t convey.

Eight years ago, during a tumultuous breakup, I wrote in big letters on the cover of my notebook: “DON’T HAVE SERIOUS CONVERSATIONS OVER TEXT.” I stand by this dictum to this day. But when text conversations verge on gravity, lol has become an indispensable tool in keeping it light. Hence our Tuesday clue: “‘im not being serious,’ in a text.”