by Jennifer Ouellette:  The most significant historic maritime discovery since raising the Mary Rose in 1982… 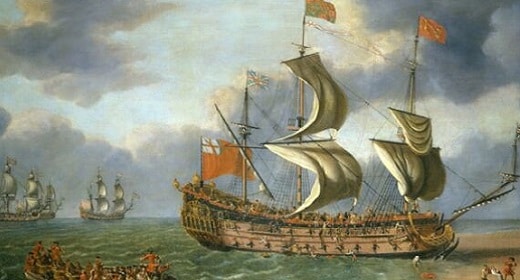 At 5:30 am on May 6, 1682, a ship called the Gloucester ran aground on a sandbank off the coast of Norfolk and sank within the hour. Among the passengers was James Stuart, Duke of York and future King James II of England, who escaped in a small boat just before the ship sank. Had he perished, British history might have played out quite differently. Yesterday we learned that the wreck of the Gloucester was discovered by a pair of brothers in 2007, although it took several more years to verify that the wreck was indeed the Gloucester. Its discovery has been a closely guarded secret until now.

“Because of the circumstances of its sinking, this can be claimed as the single most significant historic maritime discovery since the raising of the Mary Rose [Henry VIII’s favorite warship] in 1982,” said maritime history expert Claire Jowitt of the University of East Anglia (UEA). “The discovery promises to fundamentally change understanding of 17th-century social, maritime, and political history.” Jowitt is the author of a new paper published in the journal English Historical Review, outlining the significance of the find.

This was a particularly fraught historical period, rife with political intrigue and religious tensions. In January 1649, King Charles I was executed and Oliver Cromwell came into power as Lord Protector of the Commonwealth of England, Ireland, and Scotland. The executed king’s sons, Charles (the heir) and James, fled to France where they lived in exile.

Charles II regained the English throne when the Commonwealth collapsed in 1660, naming James (a devout Catholic) Duke of York and his presumptive heir. This did not go down well with English Protestants, who formed the Country Party (later the Whigs) and attempted to exclude James from the line of succession, creating a constitutional crisis. The vilified James ended up living in Scotland for several years. Nonetheless, the “exclusion crisis” eventually ended, and James was crowned king when Charles II died of apoplexy in 1685.

Three years before his coronation, the future King James II set sail on the Gloucester with his heavily pregnant second wife to meet with the Scottish Parliament. Other passengers included the Earl of Roxburgh, John Churchill (future Duke of Marlborough), and Colonel George Legge, an ancestor of George Washington.

The English diarist Samuel Pepys was a passenger on the royal yacht sailing alongside the Gloucester in the royal fleet and recorded the harrowing experience of the sinking for posterity in a letter to a friend. He thought the event would “become the talk of the town,” and described victims being pulled from the water half-dead.

There are no records on how many people died, per Jowitt, but she estimates it was between 130 and 250 of the approximately 330 passengers. And Pepys believed it could have been much worse. “Had this fallen out but two hours sooner in the morning, or the yachts at the usual distance they had all the time before been, the Duke himself and every soul had perished,” he wrote. 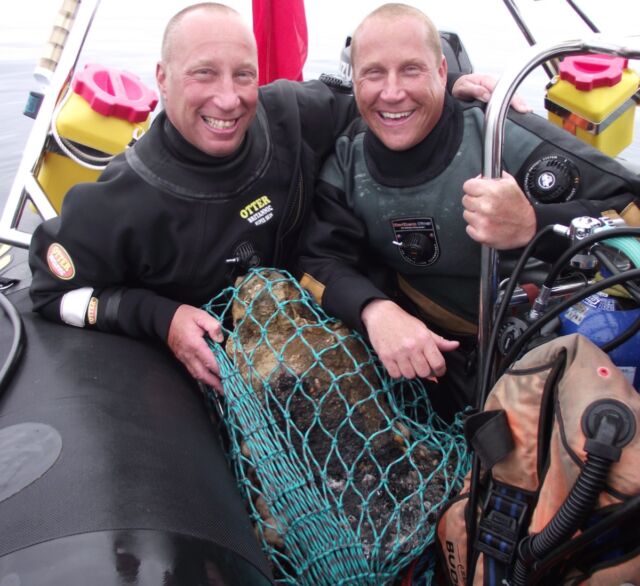 According to Jowitt, the night before the sinking, James had quarreled with the Gloucester’s pilot about the best course to take to avoid running aground the Norfolk sandbanks. He thought they had already cleared that region. “It was James’ course they were following when disaster happened, but he accepted no responsibility, scapegoating others, and ensuring that the pilot was imprisoned through a court-martial,” she said during a press conference.

The man who presided over that court-martial suspected there had been a cover-up, and other crucial witnesses to the sinking—including Churchill, James’ closest adviser—”apparently started to think less of James after the Gloucester foundered,” Jowitt said. Furthermore, per survivors’ accounts, James stubbornly stayed on board until the last possible moment, effectively dooming many others to death, since protocol dictated they could not abandon ship before royalty. Later accounts alleged that James placed the survival of his dogs and priests above the survival of others. 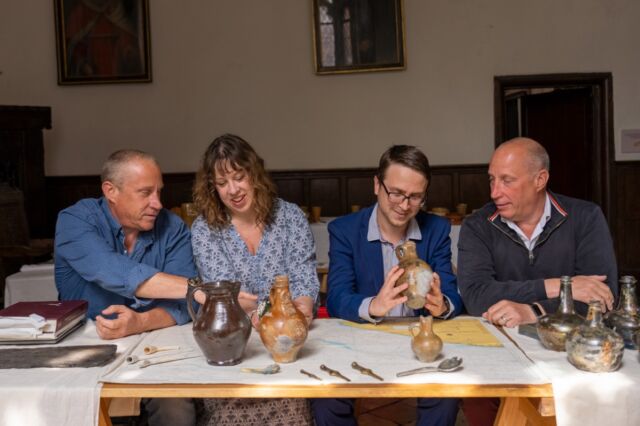 That reputational damage tarnished James II’s reign from the start. Several eyewitnesses to the sinking came to view him as unfit to rule and later played a role in the successful plot to remove him from the throne in 1688, known as the “Glorious Revolution.” His daughter Mary, and her husband, William of Orange (both Protestants), assumed the throne, and the rest is history.

The Gloucester remained half-buried in the seabed for more than 300 years until Julian and Lincoln Barnwell came along. The brothers are printers based in Norfolk and avid licensed divers. Lincoln Barnwell said he had watched the lifting of the Mary Rose from its watery resting place as a child, and that experience inspired the search for the Gloucester. They started searching in 2003 and persisted for the next four years, covering some 4,000 miles of terrain.

“We were starting to believe that we were not going to find her, we’d dived so much and just found sand,” Lincoln recalled. The day of the discovery in 2007 was quite stormy, and since Julian had a hernia with stitches, Lincoln replaced him as lead diver.

“I can remember going down the anchor line, which was obviously attached to the site,” said Lincoln. “Three-quarters of the way down, I saw these black shadows on the seabed, and a few meters later, I was kneeling on the seabed taking in the beautiful sight of huge cannons surrounding me. Probably many a diver will dream of such a day.”

The ship was split down the keel and the hull submerged in the sand. The Barnwell brothers weren’t able to immediately identify the wreck as the Gloucester just from the cannons, since that is a common feature. But the identification was confirmed in 2012 when they finally discovered the ship’s bow with the ship’s bell. Several other artifacts have already been recovered from the wreck: clothes and shoes, navigational equipment, eyeglasses with a wooden case, and several unopened wine bottles. One of those bottles bears the crest of the Legge family.

There are no plans as yet to raise the Gloucester as was done with the Mary Rose because there is still a lot of comprehensive survey work to be done. The stern, for instance, is still buried under the sand, and that is where the royal apartments would have been located. So being able to excavate the stern could yield a veritable time capsule of royal possessions and other period artifacts. However, there will be a major exhibition opening next spring at Norwich Castle Museum and Art Gallery, running from February to July.

According to Jowitt, had James perished in the sinking of the Gloucester, it is likely that Charles II’s illegitimate Protestant son—James Scott, Duke of Monmouth—would have inherited the throne upon his father’s death in 1685. That, in turn, would mean that the Glorious Revolution (“a largely bloodless invasion”) would not have occurred. In reality, Monmouth and his Protestant followers rebelled against James II’s coronation, and Monmouth was beheaded for his treachery when that rebellion failed.

Alternatively, Mary, James II’s legitimate daughter, and William of Orange could have sparked a civil war by challenging Monmouth’s claim to the throne. “Their co-regency at the behest of Parliament changed the English monarchy forever, establishing the English bill of rights, limiting the power of monarchs, and setting out the rights of parliaments,” said Jowitt.