Donna Quesada: It seems that you have always been able to step into the shoes of the oppressed. Something I learned about you that I didn’t know before, was the homeless experiment. 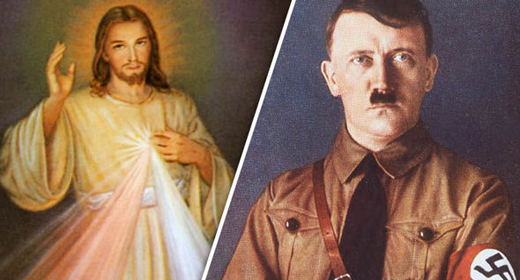 And for those that don’t know about it, it certainly is fascinating. And I would love to learn more about the lessons that you learned in taking on the challenge of stepping into the shoes of, or the nonexistence thereof, the homeless… and living the life of a homeless person. And if it’s okay with you, I’d like to read this passage that you wrote because it was so poignant and so profound and so moving.

“I did the street retreat because I was so afraid of it. I could physically feel how much fear I had about being away from my comfort zone, my bed, and especially not having any identity. The whole idea of begging was terrifying. The first time I did it, I had to a cross a street to a restaurant with tables outside. Two women were eating there and I decided to approach them. As I walked toward them, I felt like I was crossing over some line that I had consciously never known was there. I was purposefully stepping through my ego to experience what was on the other side. I approached the women and simply asked, ‘Excuse me, but I need a dollar for the subway. Could either of you spare a dollar?’ The woman closest to me reached into her pocket and handed me a dollar without taking her eyes off her companion’s face. I said ‘Thank you’ and walked away. I felt a strange pride that I had really accomplished something, but then enormous sadness as I realized that neither of the women had looked at me. I had got what I needed, but I had been disregarded, I had not been seen.”

Ellen Burstyn: And of course I realized from that point on that I had never looked at any of the homeless people who I had given money to. They asked for money. I reached into my pocket and gave it to them. I did not look at them. Of course, that changed after the experience, when I felt what it was like to not be seen. We do that in life a lot, don’t we?

Not just homeless people, but people who are talking in a way that we aren’t interested. We just shut them out. We don’t see them. There is so much hunger, emotional hunger in the world. People are hungry and they are not hungry for a lot. They are hungry to be seen. To say to someone “I hear you.” It’s meaningful to people. “I see what you mean.” It’s meaningful. Because there are a lot of people who are living lives of quiet desperation. Who said that?

DONNA: I was just thinking of that in my head! It’s so much at the root of all of these problems… that are problems of separation. Even with the racial problems. This inability to make eye contact or to hear. In the Yoga world, we say “conscious communication” to really provide space for true listening with the heart… not just planning what you are going to say next. And that is what I fear about the marches. If we are protesting, it’s so…  exterior. It’s so much on the outside, with so much noise. But sometimes, I feel that it ignores the deeper solution that is in each one of us and goes back to this act of listening. As you describe in the poignant passage, just simply making eye contact and making a connection.

Ellen: I don’t know how much time we take to do that in city life, especially. We go awfully fast. There are so many people and so many places to get to. So much to do and it’s just really hard to stop and look at everybody. You’re going to be late. That’s the opposite of being with nature. Walking in the woods. I had such a profound experience recently. My little dog of 17 years died.

DONNA: I’m sorry. As a dog lover, I understand how painful it is.

Ellen: And I had this very strong feeling that I had to go to the woods. I live near Central Park and there is a part of Central Park that is woodland. And I thought, could I go there? No… because it’s taken care of. It’s groomed. It’s not wild woodland, and I had to go there. I don’t know why. I can’t say why. I can’t say why. A place to grieve, for me.

So, my friend Katherine took me. She has a house in the country and there’s wild woods nearby. And I walked into the woods and immediately I started relaxing. My body started to relax. And the first thing I noted was that the woods had big, tall, strong living trees. And it has tiny little saplings. And it has dead trees on the ground. And it has trees that were hit by lightning half way up and half of them are falling over. It was all there. Life and death. And growth. And it’s all a process. The whole thing is a process. Life and death.

And I started to feel Zoey’s departure as part of a process of my life and her life. And then, I came to a tree that had come down and taken its whole root system with it. So, there was this tree and then there was this big circle of roots that was standing on end. On the other side was a fallen tree that was a good bench for me to sit on and look at the underside of the roots of this giant tree. And the roots were all tangled and they had grown and come into contact with things. They grew around like big rocks, then became part of the tree. I saw the whole life cycle of the tree and all of the things that it had encountered… not turned away from, but embraced. And they were part of that tree. I understood that though Zoey had died, she was part of me. All of my experiences with her are in me, like that rock was embraced by the tree. So, I felt not so deserted. Just like my brothers who have both died.

DONNA: There is a part of you that keeps them alive.

Ellen: Also, the experience that we had together. They are part of my formation. My roots system.

DONNA: That’s quite lovely that It becomes a part of who we are and we couldn’t be different because we are inseparable from those experiences.

Ellen: They are not gone. They are just not in their body anymore. They are in me.

DONNA: You’ve used memories. I read something very interesting about your process when you take on roles. And this metaphor, I believe… you take a kind of elevator down to the crevices of your memory until something invites itself in, and you can tap into some memory that will enrich the emotions of the role that you are taking on.

Ellen: Yes, that was a metaphor, of course.  But every human being is a container for the human race. In other words, we’ve all got Jesus and Hitler and everything in between.

DONNA: I love that.

Ellen: Little germs that we perhaps never water. We don’t want to water the germ of Hitler but maybe we want to expand the awareness and acceptance and loving connection of somebody like Jesus. To honor the Dalai Lama. But they are all there. The human race is there. And artistically, we can move towards one person. And go, “what would it be like to be like that person?”  And if you do that with someone like Hitler, who you don’t ever want to be… but you can connect that with a moment. Ahh, that you did thus and so. It’s just a little tiny moment when you are furious and felt some kind of rage. And then you go, “let me go there and investigate that… What could I have done if I had been in that position?” And it starts growing in you. I got it now.

DONNA: What has been your most challenging role to take on and to tap into… getting that emotional world to live for the sake of the role or the character.

Ellen: I’ve done some difficult roles, like Requiem for a Dream. Was very difficult. Exorcist was difficult in terms of events, not in terms of character. The character was an actress and it was somebody that I knew. I recognized her, whereas Requiem for a Dream was a different kind of character. Harder to get to. The hardest one was the grandmother in (Flowers in the Attic). But I played a really wicked grandmother who kept her grandchildren and her daughter in the attic and was mean. And I had a very hard time with her but I found it. And it’s so thrilling when you do. When you find the paths to that person. It’s always something different than you expected. I found where her meanness came from and of course it was fear. It’s always fear. Everybody’s meanness comes from fear. So not just saying that, “Oh well, it’s fear.” But, what was she afraid of? And, what did it do to her? How did it manifest in unspeakable meanness?

DONNA: That’s an important thing to remember in life… when we encounter that meanness… that there is just fear residing underneath that.

Ellen: It’s fear showing its ugliest face and trying to be powerful… trying to not be fearful. Trying to look strong.