Why Are Americans Eating Less Meat

by Natalie Wood-Wright-Jhu: Two of every three US consumers surveyed report eating less of at least one type of meat, according to new research… 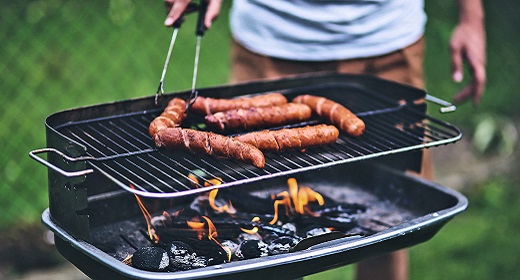 “Many Americans continue to have strong preferences for meat,” says Roni Neff, an assistant professor of environmental health and engineering at Johns Hopkins University. “But this survey adds to a growing body of evidence that a significant portion of the population may be purposefully reducing their meat consumption without becoming vegetarian or vegan.”

Meat consumption in the United States exceeds recommended levels, with significant consequences for public health and the environment, the researchers say. To better understand meat consumption, they surveyed 1,112 US adults 18 and older. The study, conducted in 2015, is thought to be the first to collect responses from US consumers about the foods they choose to eat instead of meat during meatless meals.

The study appears in the journal Public Health Nutrition.

The researchers hope their work leads to campaigns to help consumers reduce meat consumption “in a way that is good for their health, their grocery budgets, and the environment,” Neff says.

The researchers defined meat reduction as eating less red meat, processed meat, poultry, or seafood over the past three years. Participants between 45 and 59 were twice as likely to reduce consumption of one or more types of meat as those 18 to 29. Women were more likely than men to report eating less meat.

THE MOST COMMON REASONS FOR CUTTING MEAT CONSUMPTION WERE COST AND HEALTH CONCERNS.

The most common reasons for cutting meat consumption were cost and health concerns. Fewer respondents—12 percent each—say they had reduced meat consumption out of concern for animal welfare or the environment.

Key reasons people cited for not reducing meat consumption included the perception that meat is necessary for a healthy diet or that meals are incomplete or boring without meat.

The most frequently reported foods eaten in meatless meals were vegetables, followed by cheese and other dairy products, and eggs. Beans, nuts, tofu, and imitation meats were less frequently eaten during meatless meals.

“Our survey results suggest that public health messages on the benefits of reducing red and processed meat consumption may be reaching and resonating with many US consumers, but more work remains to be done,” Neff says.