by S&P Team: The root of the word “character” is the Greek kharaktēr, an engraving tool… 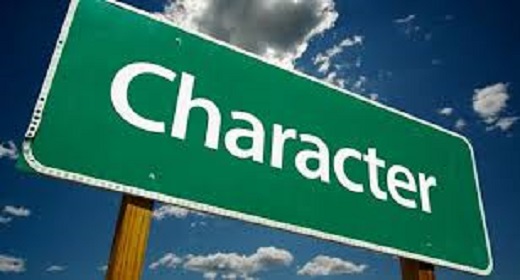 As applied to human beings, it refers to the engraving marks left upon us by life. We are shaped by social, economic, cultural, and familial influences. When people refer to someone’s “character” they are usually talking about that person’s moral strength or to admirable attributes, traits, or abilities, such as patience, generosity, candor, civic-mindedness, or sense of duty.

Johann von Goethe, the German writer and statesman, believed that “character is best formed in the storm billows of the world.” American essayist Helen Keller went further: “Character cannot be developed in ease and quiet. Only through experience of trial and suffering can the soul be strengthened, vision cleared, ambition inspired, and success achieved.”

All of the world’s religions have affirmed and honored the importance of refining character in the midst of life.

In this topic, you will find spiritual practices, blogs, books, films, quotes, and more to fill out the picture of how character forms and the part it plays in building a strong society. As we gathered resoures, we noticed an emphasis on refinement of character as a life-long process. We take heart from Greek philosopher Plotinus in The Enneads (I.6.9):

“Withdraw into yourself and look. And if you do not find yourself beautiful yet, act as does the creator of a statue that is to be made beautiful: he cuts away here, he smoothes there, he makes this line lighter, this other purer, until a lovely face has grown upon his work. So do you also: cut away all that is excessive, straighten all that is crooked, bring light to all that is overcast, labour to make all one glow of beauty and never cease chiselling your statue, until there shall shine out on you from it the godlike splendour of virtue, until you shall see the perfect goodness surely established in the stainless shrine.”