So when it comes to getting a solid night of shut-eye, some do everything they can to not let insomnia, pressure at work, or snoring spouses get in the way… 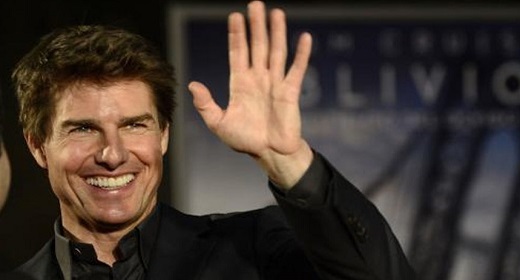 For busy, successful people, sleep is a precious commodity — rare and treasured.

So when it comes to getting a solid night of shut-eye, some do everything they can to not let insomnia, pressure at work, or snoring spouses get in the way — even if that means creating a weird nightly routine or napping to get through the day.

Here’s a look at the most bizarre sleeping habits of 14 highly successful people.

This is an update of an article originally written by Vivian Giang.

Cruise’s snores are apparently so bad that he sleeps in a soundproof “snoratorium.” Once a nursery, Cruise converted the small room at the back of his house to a soundproof space where he can snore in peace.

“Whoever uses the snoring room cannot be heard outside the locked door,” an alleged visitor to the actor’s house told the Daily Mail. “It’s very small, comfortable, and dark.”

Every day at 5 p.m., the prime minister would drink a weak whiskey and soda before taking a two-hour nap. Churchill said this short “siesta” allowed him to get 1 1/2 days’ worth of work done every 24 hours.

Churchill would often work through the night and became known as quite the night owl. Because of his irregular sleep schedule, he was said to hold War Cabinet meetings in his bath.

Mariah Carey surrounds her bed with 20 humidifiers and needs 15 hours of shut-eye per night.

The singer also acknowledged she slept with 20 humidifiers around her bed, which soothe sore throats and add moisture to dry air. “Basically, it’s like sleeping in a steam room,” she said.

All of Stephen King’s pillows are pointed in a certain direction.

According to Lisa Rogak’s book “Haunted Heart: The Life and Times of Stephen King,” the science-fiction writer has an odd nighttime ritual.

Dickens, who reportedly suffered from insomnia, always kept a navigation compass with him to ensure that he wrote and slept facing north.

The writer believed this quirky practice improved his creativity.

Marissa Mayer catches up on sleep during weeklong vacations every four months.

Yahoo’s CEO is known to be a workaholic, sometimes clocking as many as 130 hours in a week, which doesn’t leave her much time for sleep. To catch up, she recharges by taking weeklong vacations every four months.

Novelist Emily Brontë walked around in circles until she fell asleep.

The 19th-century novelist and poet suffered from insomnia, and she would walk around her dining room table until she felt tired enough to fall asleep.

Eminem puts tinfoil on his windows to keep out the light.

Most people put dark shades on their windows to keep their rooms dark, but rapper Eminem takes it to another level by wrapping tinfoil around his windows to get better-quality sleep.

He also listens to white noise throughout the night, which he says helps him sleep better when traveling between different time zones.

Arianna Huffington turned her bedroom into a “slumber palace.”

After collapsing from exhaustion in 2007 — and waking up in a pool of her own blood — Arianna Huffington became an advocate for getting a good night’s sleep.

Huffington turned her bedroom into a “slumber palace,” complete with a canopied bed and blackout curtains. Before bed, she turns off her phone and plugs all her electronics in to charge overnight — outside the bedroom. She then takes a hot bath, filled with Epsom salt and lavender oil, to calm her mind and help her forget the stresses of the day.

What she wears matters as well, and Huffington sleeps only in garments meant for slumber; no old gym T-shirts allowed here. Finally, she dives into a book on poetry or philosophy and lets it lull her to sleep.

Stewart’s hard work is evident in her success, but other parts of her life have suffered, including her sleep schedule. She gets up hours before her crew arrives at 6:30 a.m. to cook breakfast for a host of pets — including horses, donkeys, and more than 200 chickens.

Stewart also stays up late reading or watching late-night TV. “It’s an exhausting lifestyle, and I always say sleep can go,” she told WebMD. “It’s not important to me right now.”

This unconventional sleep cycle may have given the artist/inventor/scientist more awake time during his days, but it also could have made it difficult for him to work on long-term projects.

Michael Phelps sleeps in a chamber with air comparable to that at an elevation of 8,500 to 9,000 feet.

By placing his bedroom environment at a high altitude, Phelps decreases the amount of oxygen available, which forces his body to work harder to produce more red blood cells and deliver oxygen to his muscles. It also helps Phelps increase his performance endurance and prepare himself for competitions at high elevations.

Tesla got more out of the day with his limited sleep schedule. Like Da Vinci, Telsa also followed the Uberman sleep cycle and claimed to never sleep for more than two hours a day. He once reportedly worked for 84 hours straight in a lab without any rest.

“I do not think there is any thrill that can go through the human heart like that felt by the inventor as he sees some creation of the brain unfolding to success … Such emotions make a man forget food, sleep, friends, love, everything,” he said.

Lyndon B. Johnson divided his day into two shifts.

The former president split his day into two parts to get more done. He usually woke up at about 6:30 or 7 a.m. and worked until 2 p.m. After a quick bout of exercise, Johnson would crawl back into bed for a 30-minute nap, getting up around 4 p.m. and working into the early morning.

Johnson reportedly picked up his napping routine from his predecessor John F. Kennedy, who also broke up his day into shifts.