Can You Define the Divine?

by Ester Nicholson:  There is no “otherness. 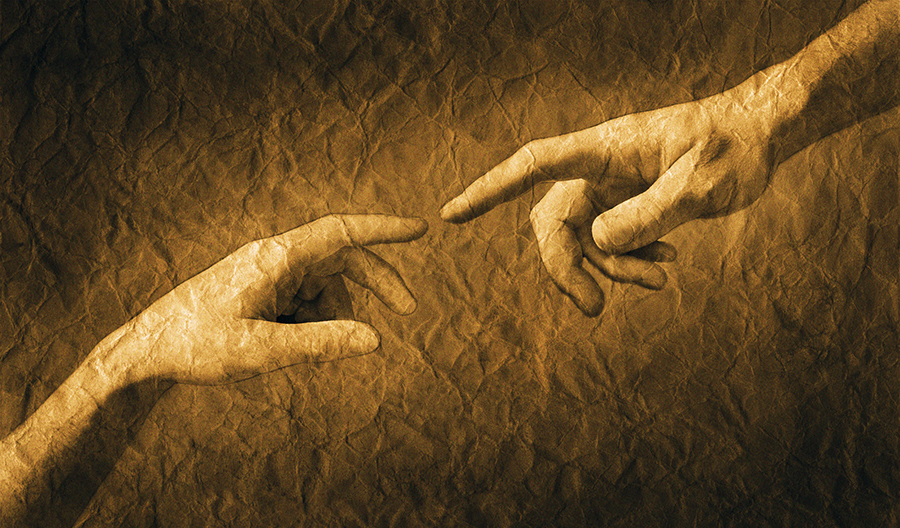 Omni means all in Latin. The “all” of God includes all-power (omnipotence), all-presence (omnipresence) and all-knowingness (omniscience).

When I was first introduced to the concept of omni as the nature of God, I was genuinely floored. I was raised to believe in a God up in the sky who looked like an old, judgmental man, and who somehow had the capacity to keep His eye on everyone in the Universe at the same time.

I used to wonder about that as a kid. How was it possible that the creator could do so many things at one time? I even had the audacity to ask my father, who was a Baptist minister. The answer I got was along the lines of, “He knows all, so you’d better be good.”

This answer scared me to death, because as far as the God I understood was concerned, I was never going to be good enough. But it didn’t make sense to me either.

When I began studying metaphysical teachings many years ago, I had the realization that the “God” cannot begin to encompass the meaning of something that’s infinite. It’s a word that was created to support us in describing the indescribable to ourselves.

You know there are many names for God: Spirit, Universal Presence, Tao, Life, Holy Mother, Father, I Am, Yaweh, Jehovah, or just “Hey, You.”

Sometimes God is referred to as Him, Her or even It. The point is, you can call God whatever you want. The spiritual healing and recovery of your wholeness isn’t about what you call God. It’s about having an expanded understanding of Its divine nature and a realization of your oneness with It.
That nature is the all of an infinite power, everywhere present. By definition, a singular infinite power cannot have an opposite. This may be difficult for some people, but I want you to consider the idea that there is no “otherness.” There’s not God and something else—like the Devil. There’s only God.

Omnipotent: It is all-powerful.

Most people associate God with the positive things in life. In a “dualistic” universe—divided between good and evil—it’s not hard to think of God as good. But metaphysically, it’s deeper than that.

God’s qualities are expansive and creative in nature: love, peace, joy, harmony, health, affluence, excellence, synergy, and all the adjectives describing good that you can think of. After all, God is an infinite power.

God isn’t even capable of knowing fear, disharmony, lack, limitation, dishonesty, cruelty or sickness, because an omniscient, infinite power and presence cannot contradict its own nature—even in thought. God doesn’t even know death, because Its divine nature is eternal life.

If this is true, then what is the source of the discord or dis-ease that you’re experiencing in your life?

In my work, I have found that dis-ease and human tragedy are primarily the result of our own thinking and our own illusions. We are vital participants in the story of Life. Our thinking and our actions affect our experience, the people in our lives, and the world around us.

So does my misfortune really have anything to do with God? Or could it be related to something else?

Since God is the good encoded in all things and is the only Power there is, is it really possible for evil to be real, or does evil appear to be real due to our perception and beliefs in a power separate from God?

This isn’t to say that bad things don’t happen, but only to say that those bad things may not be divinely orchestrated. Remember, a tree can grow and prosper even in soil where a horrific human tragedy occurred.

Omniscient: It is all-knowing.

Spirit is transcendent knowledge and divine intelligence, meaning God knows all there ever was or is to know. How awesome is that? This presence and power knows all things. There is nothing It does not know. What God knew a billion years ago, It knows today, and what is ever going to be known is also known now.

This Presence knows the way when, to your five senses, there appears to be no way.

In scripture there is a verse that states, “Lean not on your own understanding.” Human understanding is finite and limited. It is often based on false beliefs and fears. But when you can lean into that which knows all, divine ideas and transcendent knowledge can be revealed and expressed through you—as you.

Omnipresent: It is everywhere present.

Like a hologram that retains its completeness even when divided into parts, the wholeness of divine power is encoded in Its entirety into all things. And “all things” includes each one of us.

You might be asking, “How can I be one with God?” Let me give you an example of how that works.

Imagine I have a block of mahogany wood. Out of that block of mahogany, I create a table, a lamp and a chair. Even though that table, lamp and chair are in different forms, the essence of each is still what? Mahogany.

I’m suggesting that the same is true with you. God is an invisible yet all-powerful, all-intelligent force that individualized Itself as you. The same principle that created the sun, moon and stars out of Its perfection, harmony and order, recreated Itself as you.

There is no location in the universe that is not fully expressing this presence and power, whether you realize it or not. As you become aware of your true identity, you will see that the person brushing her teeth in the morning is not the sum total of what you are. You are—uh-oh, here we go…all the beliefs you were raised with are about to be challenged…this can’t be true…yup—God!

Ester Nicholson, a celebrated vocalist who has worked with Bette Midler and Rod Stewart, is a gifted speaker, teacher, spiritual therapist, and facilitator who has advanced the 12 steps of Alcoholics Anonymous into operative principles and practices.