How To Be Happier Right NOW

Why Sadhguru Chose This Place For His US Ashram?

Caroline Myss: Prayer And The Reality Of Evil

by Maxine Laberge: It’s finally time to set the record straight: As much as we all love monkeys, Dr. Goodall’s studies and the work of the Jane Goodall Institute have primarily focused on chimpanzees, not monkeys… 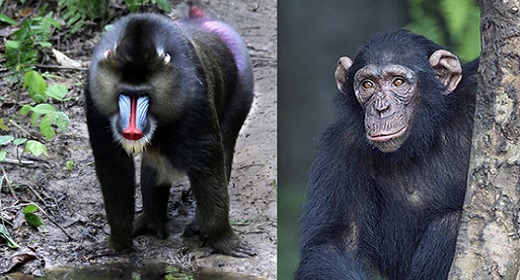 Now, I know your next question is probably, “But aren’t chimps the same thing as monkeys?” and the answer is, they are not! So what’s the difference and why does it matter?

Monkeys, chimpanzees, and humans are primates. Primates are mammals that are characterized by their advanced cognitive development and abilities, grasping hands and feet, and forward-facing eyes, along with other characteristics. Some primates (including some great apes and baboons) are typically terrestrial (move on the ground) versus arboreal (living in the trees), but all species of primates have adaptations to climb trees (EOL). Millions of years ago, primate ancestors evolved different defining characteristics from one another, branching into many species within different groups. 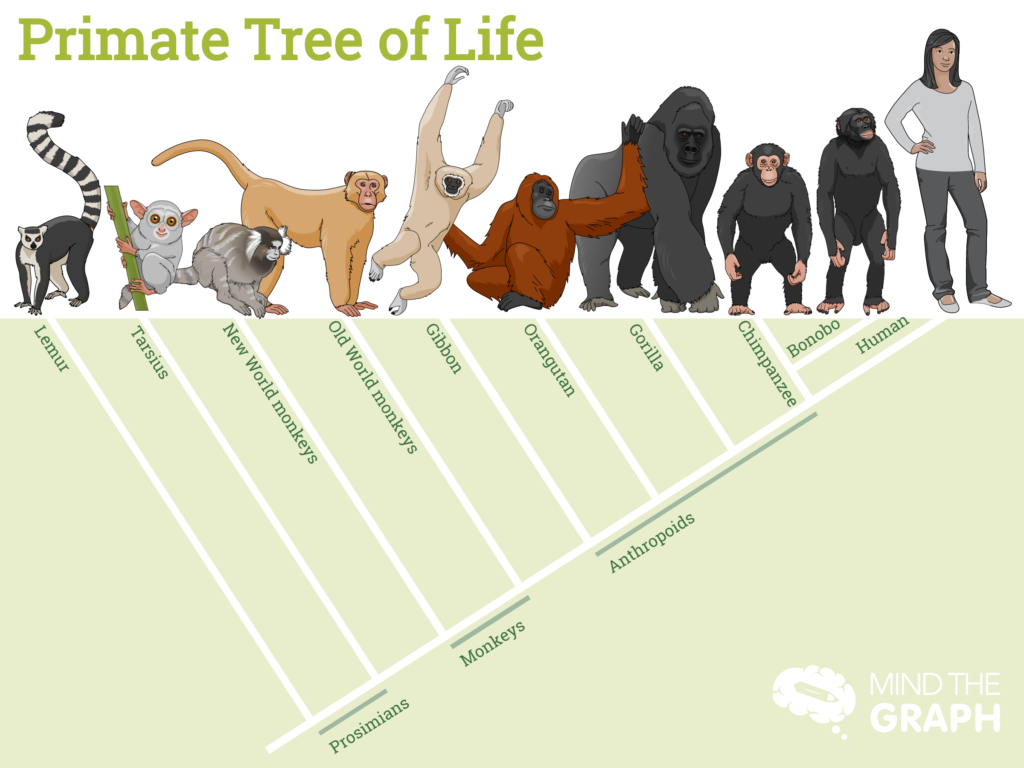 This can get confusing because of the numerous categories of primates: great apes, lesser apes, and Old/New World monkeys, are seemingly similar. All of the groups have similar characteristics, but there are characteristics that separate us. Great apes (humans, chimps, bonobos, gorillas and orangutans) generally have larger brains, larger bodies, and no tail. Dr. Goodall often likes to use Mr. H (a monkey plush toy who travels with her everywhere she goes) in her lectures to demonstrate this difference by asking the crowd, “How can we tell that Mr. H is not a chimpanzee?” She will then dangle Mr. H by his tail and say, “Chimps have no tail!”

Ok, so we understand how to identify great apes, but what about monkeys? There are many different species of monkeys, and what are known as ‘lesser apes’. Lesser apes (gibbons and siamangs) are usually smaller in stature, with thin arms, and a slightly smaller brain. Finally, monkeys are divided into “New World” and “Old World” monkeys. Many Old and New World Monkeys have tails, tend to walk on all fours like a cat or dog, and have the smallest brain out of the groups. Some Old World monkeys include baboons and guenons, while some New World monkeys include Capuchin and spider monkeys!

Now let’s get back to chimpanzees and humans. Humans did not evolve from chimps, as is a frequent misconception. Chimpanzees and humans share a recent common ancestor, and as some of this ancestral population evolved along one line to become modern chimpanzees, others of this ancestor evolved along a line of various species of early human, eventually resulting in Homo sapiens (you and me!). Chimpanzees are genetically closest to humans, and in fact, chimpanzees share about 98.6% of our DNA. We share more of our DNA with chimpanzees than with monkeys or other groups, or even with other great apes! We also both play, have complex emotions and intelligence, and a very similar physical makeup.

What many people may also not know, is how vital this taxonomy (or the systematic classification of organisms) is to Dr. Goodall and JGI’s story! It was in fact Dr. Goodall’s run in with the famed paleoanthropologist Dr. Louis Leakey in Kenya, which lead to her initial research in Gombe, Tanzania. Dr. Leakey was trying to understand early humans, and because his only point of reference was fossilized early human remains and other preserved cultural materials, he could not completely understand what early human behavior may have been like. When he met Jane, with her passion for and knowledge about animals, he knew she would be the perfect candidate to study chimpanzees – our closest living primate relative – from which he could conclude what behaviors were likely inherent to our most recent common ancestor and earlier humans. Dr. Leakey asked Jane to study the chimpanzees, Dian Fossey to study mountain gorillas, and Birute Galdikas to study orangutans, and they became known as ‘The Trimates.’ 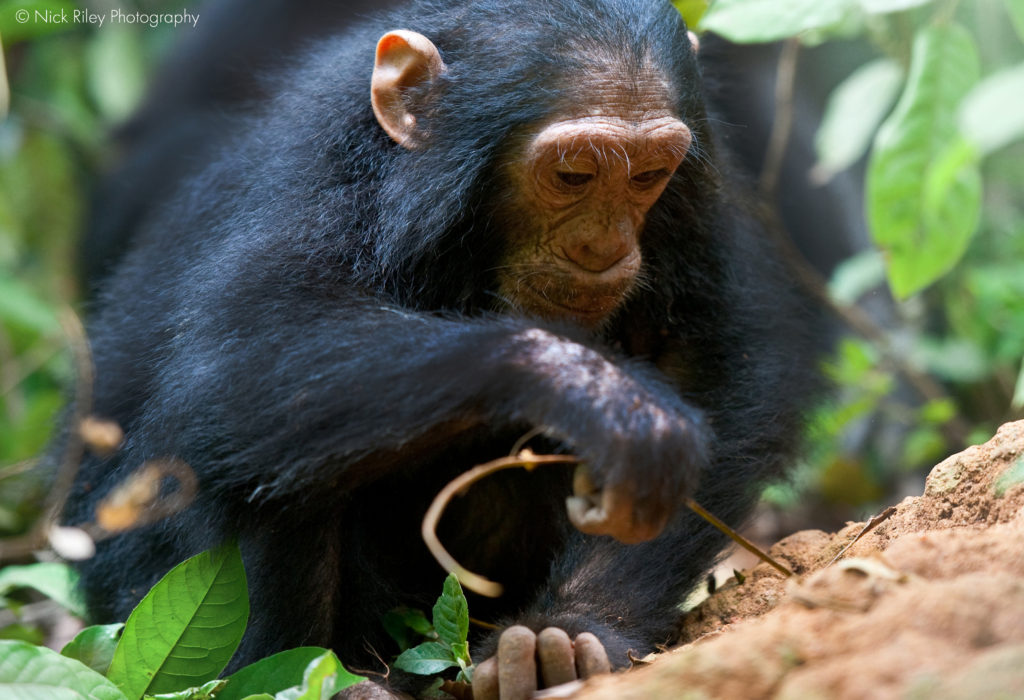 In her research, Dr. Goodall made a revolutionary discovery when she observed that the chimps in Gombe were making and using tools. It was groundbreaking because it meant redefining everything that scientists thought they knew about what separated humans and chimpanzees! Furthermore, this redefined the notion that humans lived “outside” of the animal kingdom, and instead placed humans alongside the rest of animalkind. It has also lead to the revelation that other animals also make and use tools, have emotions, intelligence and sentience.

Our relationship to other primates is a dynamic one – and as Jane as often said, “Chimpanzees, more than any other living creature, have helped us to understand that there is no sharp line between humans and the rest of the animal kingdom. It’s a very blurry line, and it’s getting more blurry all the time.”

Want to know more and to support our ongoing research in Gombe, now the longest running wild chimpanzee study in the world? Become a Gombe Science Hero! Find out more and get involved here.