by Dr. Alberto Villoldo: In Western culture we behave as though all of nature is ours to subjugate at our will… 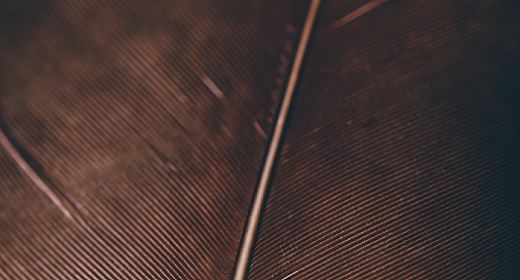 after all, in the first book of the Bible, humans were given dominion over every creature on the planet. Indigenous cultures, on the other hand still live in harmony with animals.

From the earliest times, humankind has used animals as totems and symbols of the highest ideals – the lion as a symbol of strength, the lamb as the purity of God, the serpent and eagle as symbols of the sacred principles of the universe.

Mesoamerican societies worshiped the winged serpent Quetzalcoatl, a god who was master of the winds and the sky, and the protector of his people. In Greek mythology, Medusa’s scalp writhed with live snakes, symbolic of her sovereign female wisdom. The hero, Hercules, was often depicted wearing a lion skin, which gave him the beast’s cunning, strength, and dominance.

In the Bible, King Solomon is referred to as the “lion of Judea,” and Jesus is called the “lamb of God.” In the Hindu religion, cows are held to be sacred. The zodiac has animals as symbols, as does the Chinese calendar.

Cultural identifications with animals are so strong that entire civilizations have taken them as symbols. The mighty lion has long represented England; the industrious honeybee, a symbol of immortality and resurrection, was chosen by both Charlemagne and Napoleon to represent France.

Perhaps the most omnipresent animal symbol of all is the eagle, adopted by both ancient and modern cultures around the world, such as the Greeks, Egyptians, Sumerians, Hittites, and Romans. The bald eagle represents the might and freedom of the United States.

In our commercially oriented culture, animal imagery is often used in advertising or as a business logo because we intuitively respond to the meaning of each animal’s attributes. Even automakers use animal imagery to symbolize their products because potential buyers intuitively respond to certain animal attributes. We expect the Jaguar sports car to be sleek, fast, and elite; the Dodge Ram SUV to be sure-footed on rocky terrain.

But apart from archetypal images used in advertising, most of us have lost our sense of connectedness to all but the most domesticated of animals. Often our only contact with wild animals is through watching them on television or observing them in locked cages at the zoo.

Let’s begin this month with the intention to observe animals in nature all around us. Looking out of your window or on your walks, begin to notice the birds in the trees and the animals currying around outside. In the cold north you may see squirrels and crows. In the warmth of the jungle you may see toucans and lizards. In the next few blogs we will be learning how to work with power animals. As you begin to notice wildlife around you, imagine what instincts they have that might be beneficial.

This week, keep a journal of all the wildlife you see. Notice how each one continues to survive and thrive all around you. In the next few blogs we will learn about how to connect with power animals and bring their instincts into your life.