by Tessa Berenson: Ruth Bader Ginsburg was an American icon… 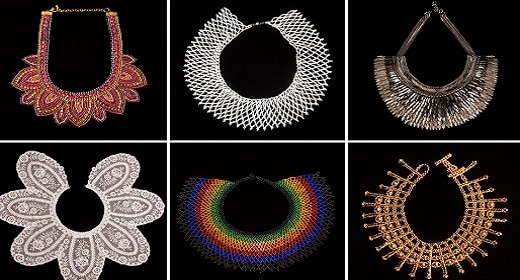 The late Justice, who died on September 18, 2020 at the age of 87, was only the second woman to sit on the U.S. Supreme Court, and a trailblazing feminist who enshrined equal protections for women into the law. Over her 27 years on the nation’s highest court, Ginsburg also became a fashion pioneer, bringing her unique style to the staid judges’ robes and subtly encoding meaning in her dress through an ever-growing collection of collars often given to her by colleagues and admirers.

“The standard robe is made for a man because it has a place for the shirt to show, and the tie,” Ginsburg told the Washington Post in 2009. She and Sandra Day O’Connor, the first woman Supreme Court justice, “thought it would be appropriate if we included as part of our robe something typical of a woman,” Ginsburg said. 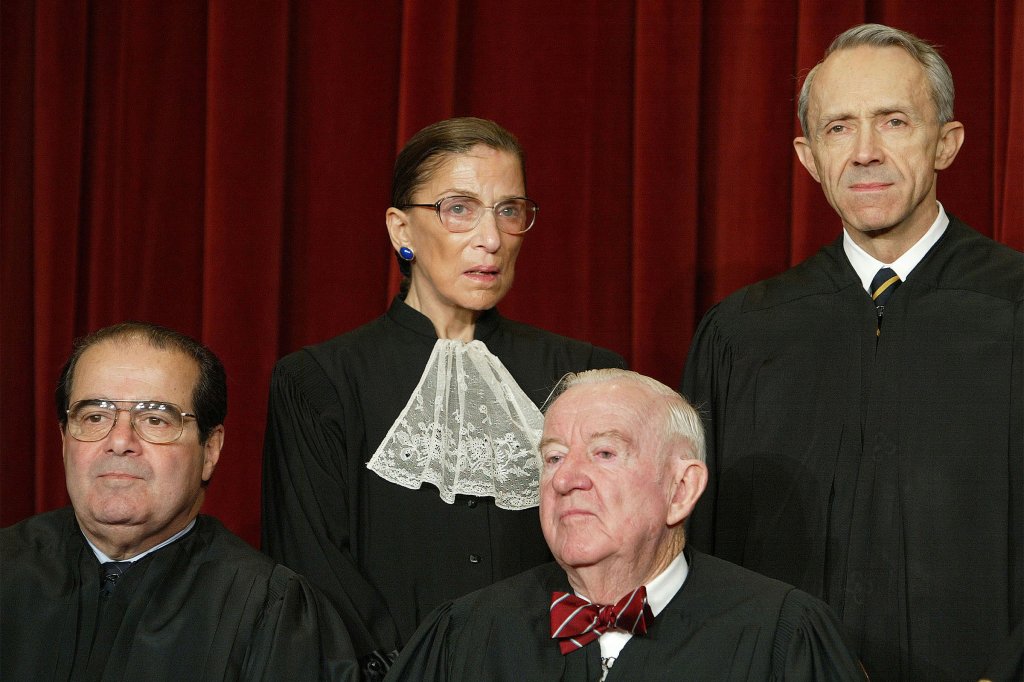 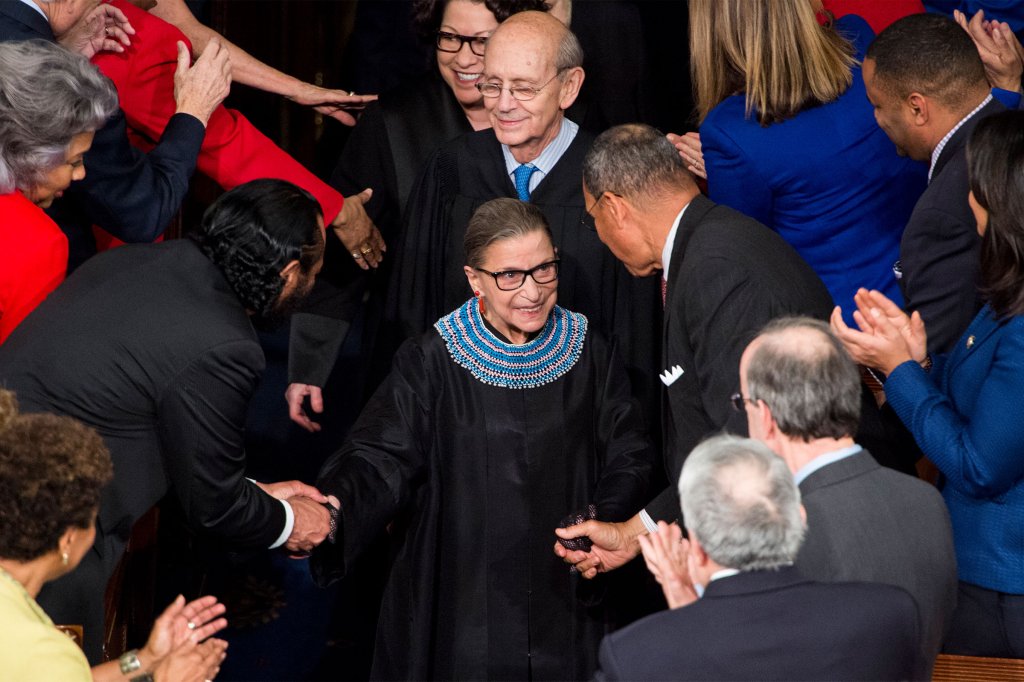 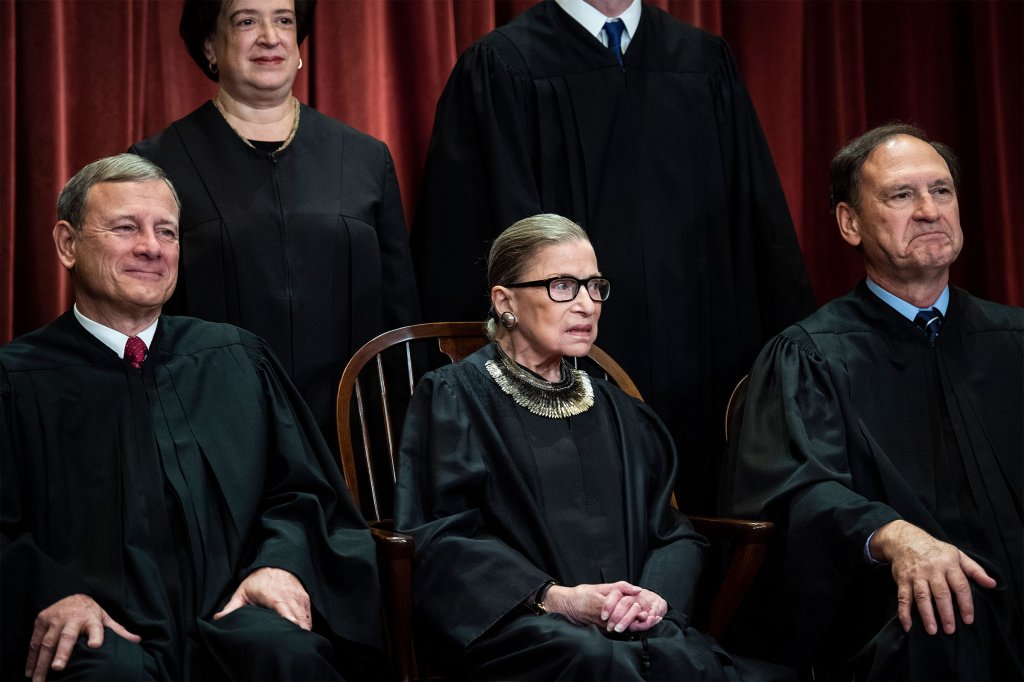 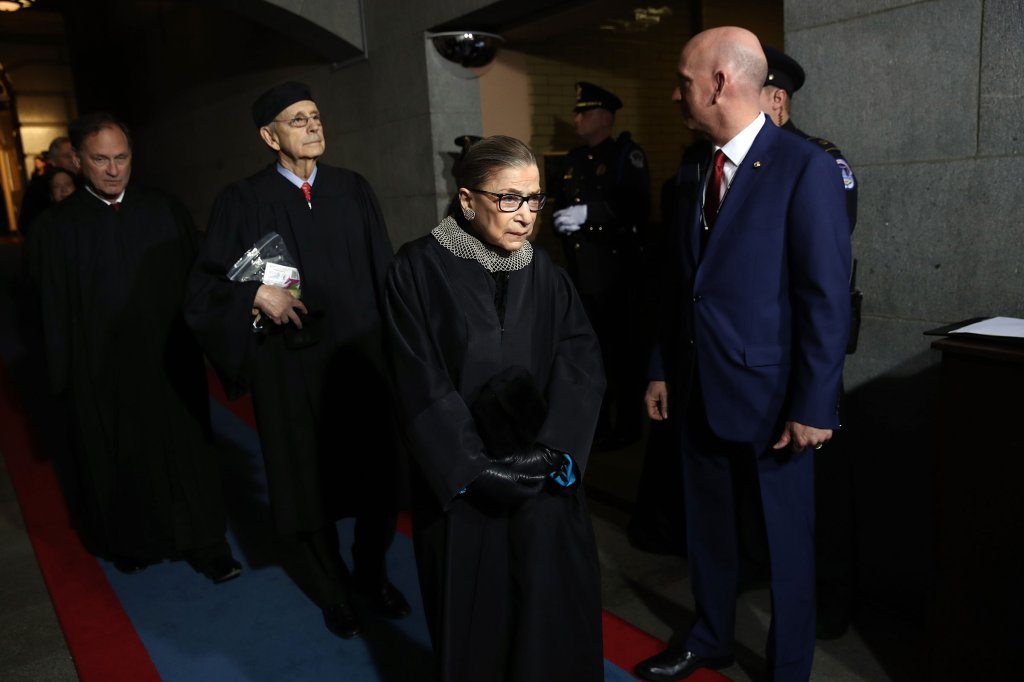 Ginsburg arrives at the U.S. Capitol before the inauguration of President-elect Donald Trump on January 20, 2017 in Washington, D.C.
2017 Getty Images 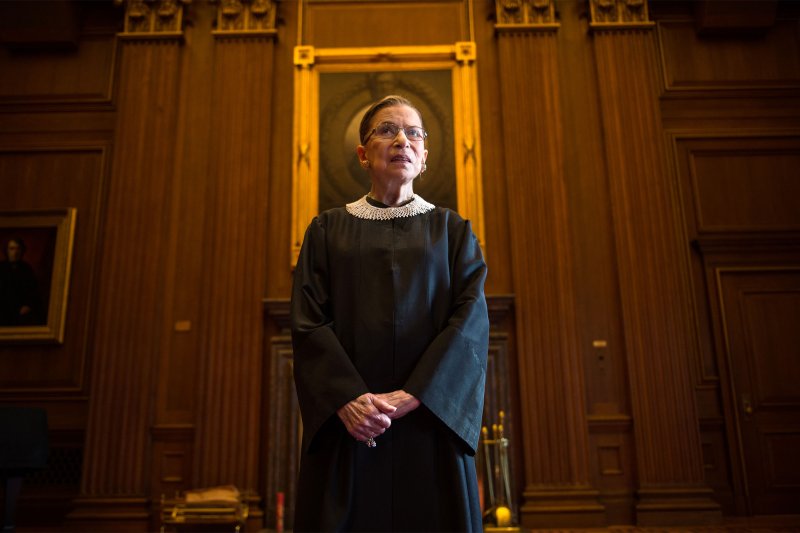 Ginsburg marks her 20th anniversary on the bench in the East Room at the U.S. Supreme Court on August 30, 2013.
Nikki Kahn—The Washington Post/ Getty Images

She and O’Connor began wearing jabots— traditionally, lacy ruffles— on the front of their robes, and Ginsburg eventually branched out from lace, acquiring an impressive array of collars made from materials including beads and shells, in a wide range of styles and colors, from name-brand to bespoke.

Over time, Ginsburg’s collars came to symbolize more than just a long-overdue feminine energy on the Supreme Court. To her, each one developed a special significance. The style of the collar sometimes reflected the substance of her work; perhaps most famously, the liberal Ginsburg often wore a bejeweled collar that looked like armor on days she dissented.

After Ginsburg’s death, TIME was granted access to some of the late Justice’s favorite collars for a still-life series, with details about each provided by the Ginsburg family. 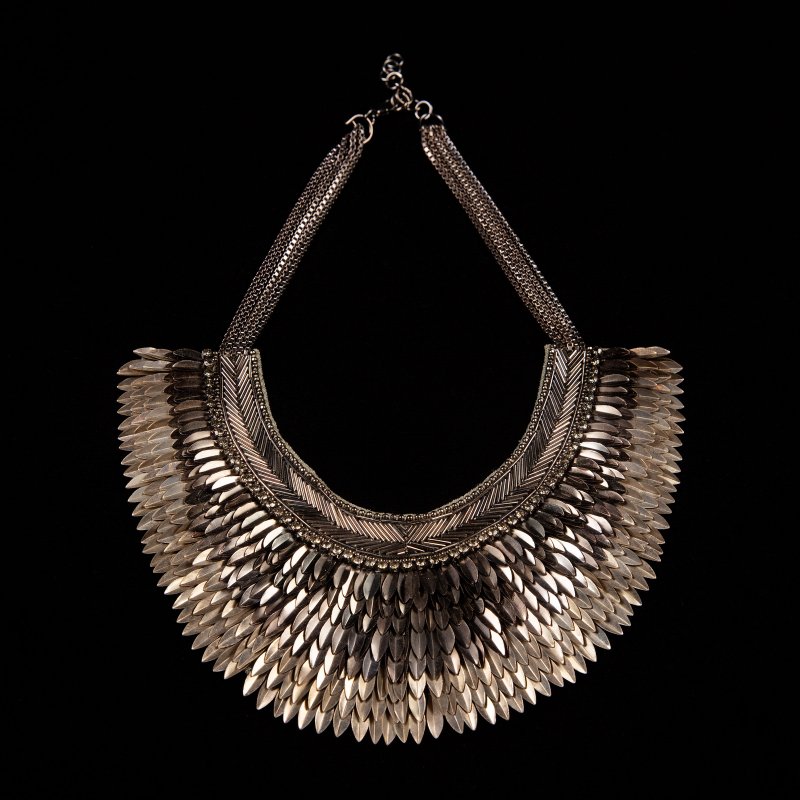 Ginsburg wore this collar, made by the accessories company Stella & Dot, in the official photo of all nine justices in 2018 after Justice Brett Kavanaugh joined the Court. 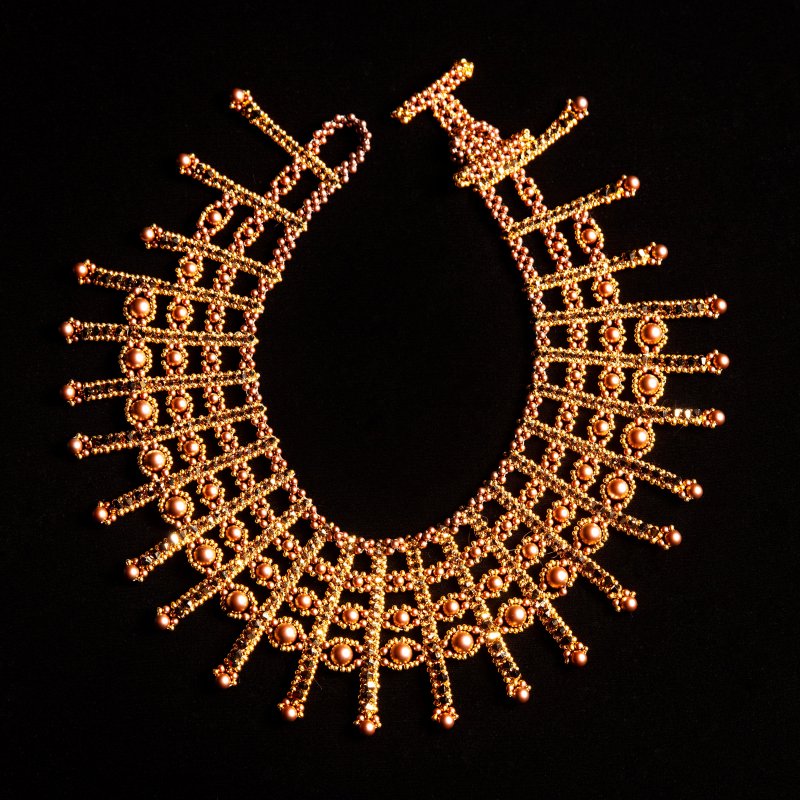 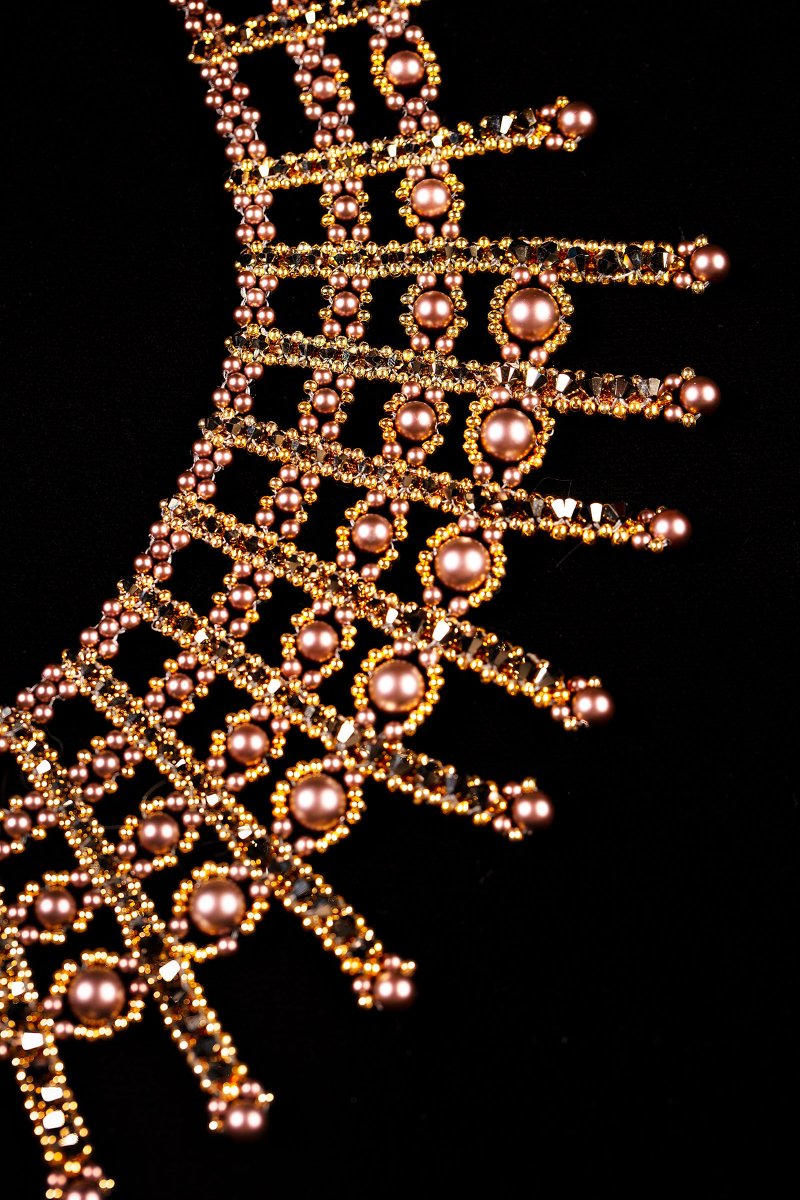 Ginsburg received this collar as a gift in late 2019 or early 2020 before the COVID-19 pandemic struck. It was one of her recent favorites; she said it was “elegant.” 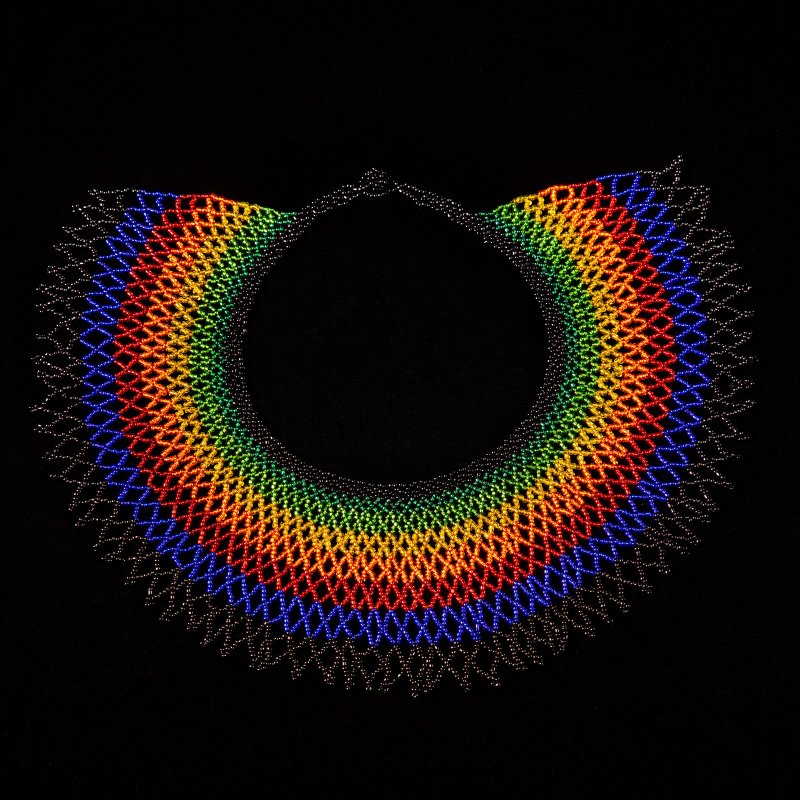 A fellow at the Georgetown University Law Center bought this “Pride collar” for the Justice from a bead weaver in Ecuador. Ginsburg first wore it on the bench in 2016, prompting several journalists to ask if she was wearing it to send a political message. Ginsburg was a champion of LGBTQ rights during her career. 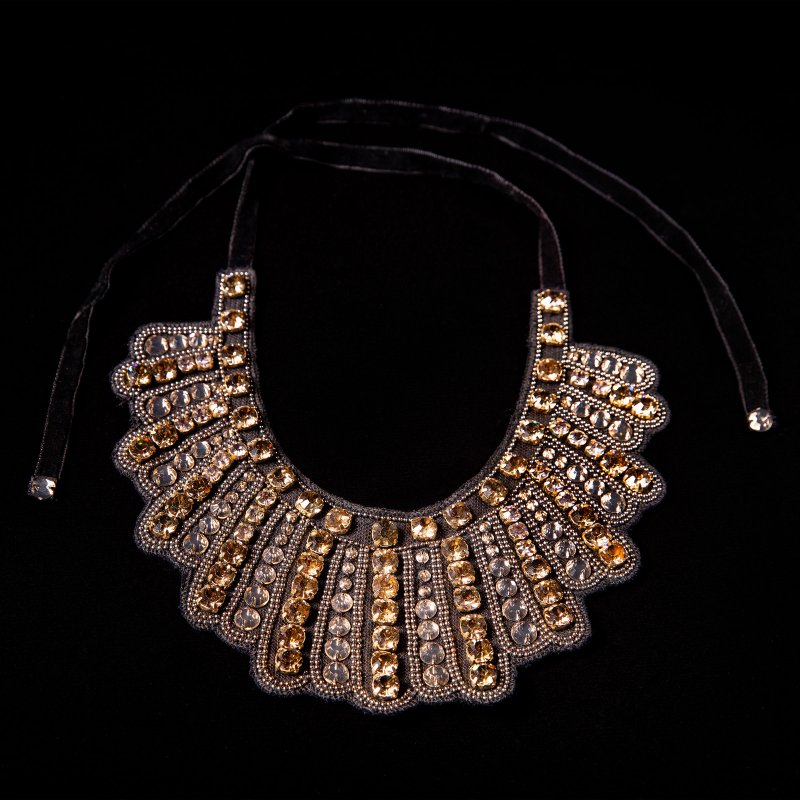 Ginsburg’s famous “dissent collar” was made by Banana Republic and Ginsburg received it in a swag bag at the Glamour Women of the Year Awards in 2012. She said with a smile in an interview with Katie Couric in 2014: “It looks fitting for dissents.” 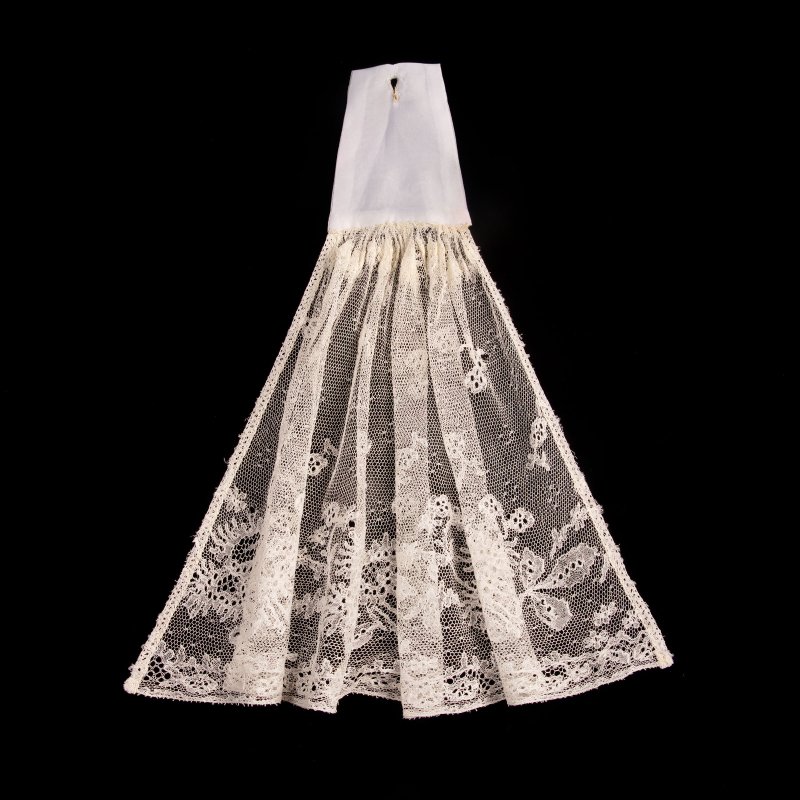 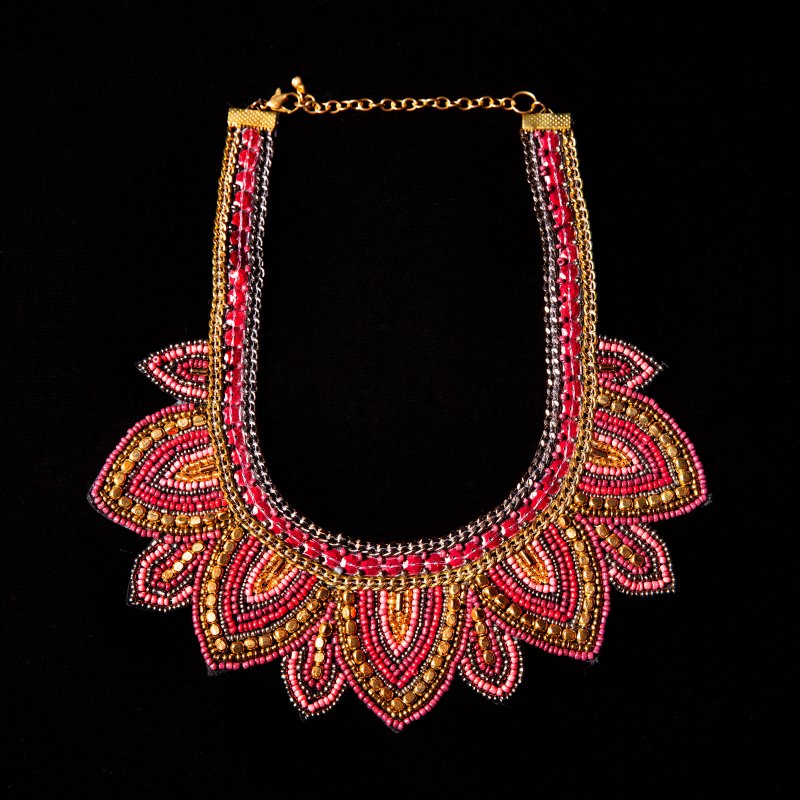 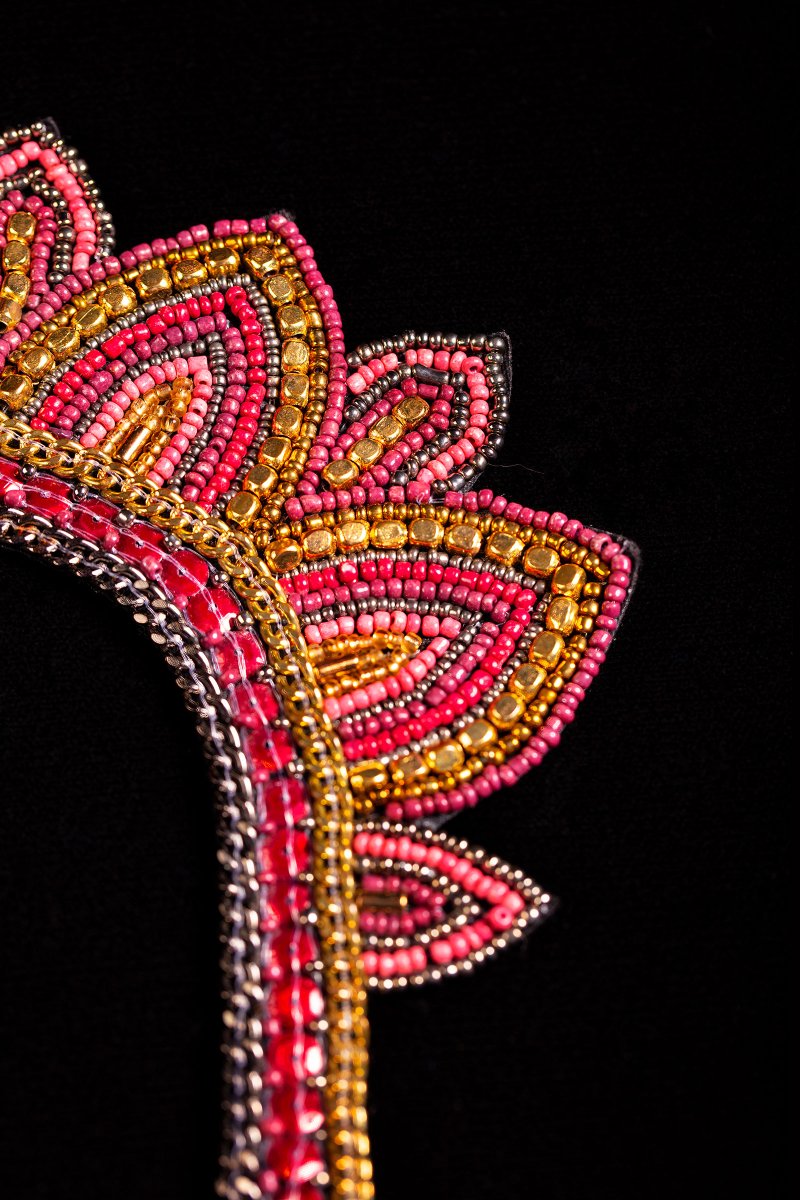 Ginsburg was given this collar in September 2017 as a thank-you gift for officiating a wedding ceremony for a member of her staff. She then wore it to more weddings. 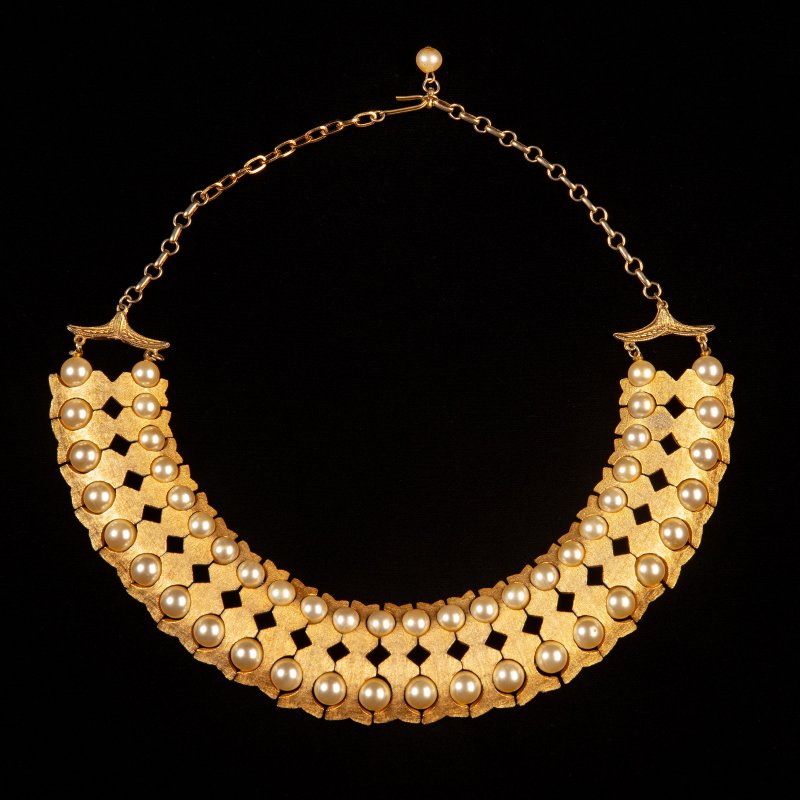 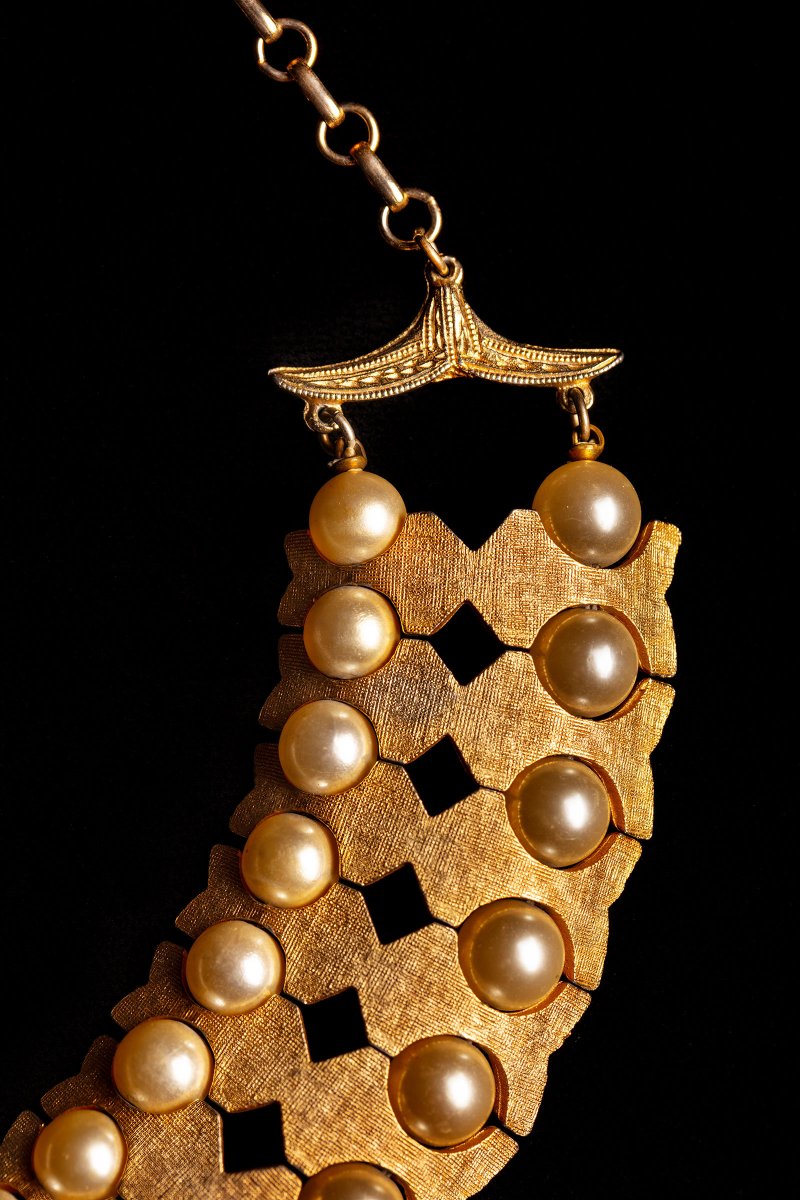 A gift from her October Term 2016 clerks, this collar was in Ginsburg’s regular rotation for oral arguments before 2018. 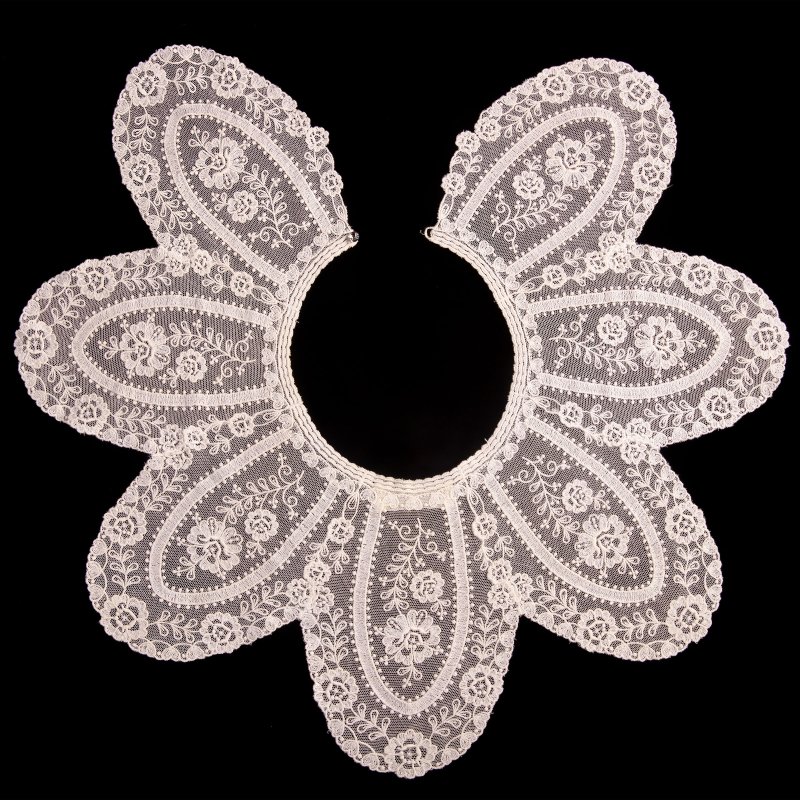 This large, doily-like collar was a recent present to Ginsburg and a favorite of hers at the Court before the COVID-19 pandemic. 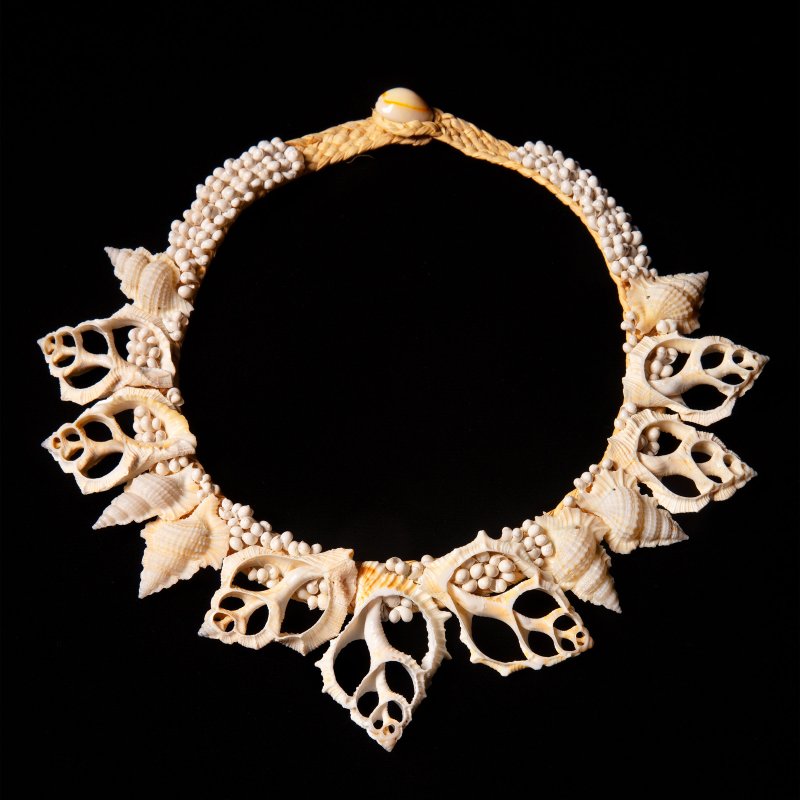 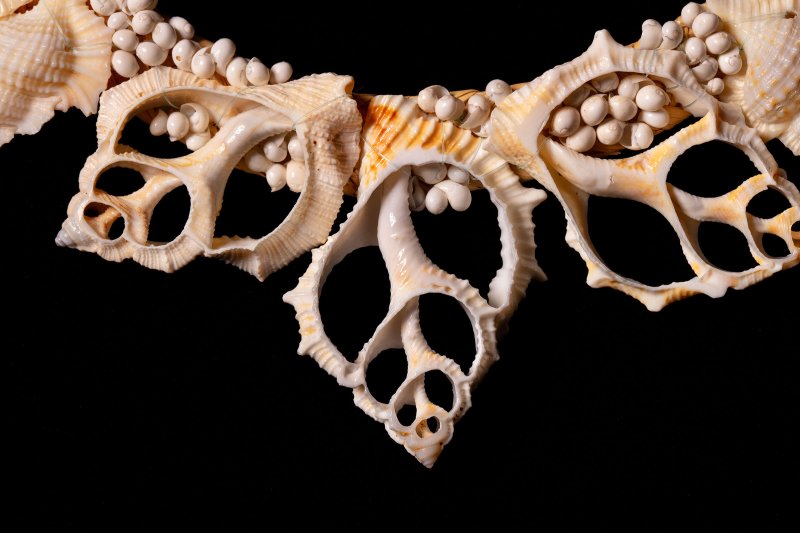 Ginsburg was given this seashell collar by a student at the University of Hawaii when she was a jurist in residence in 2017. 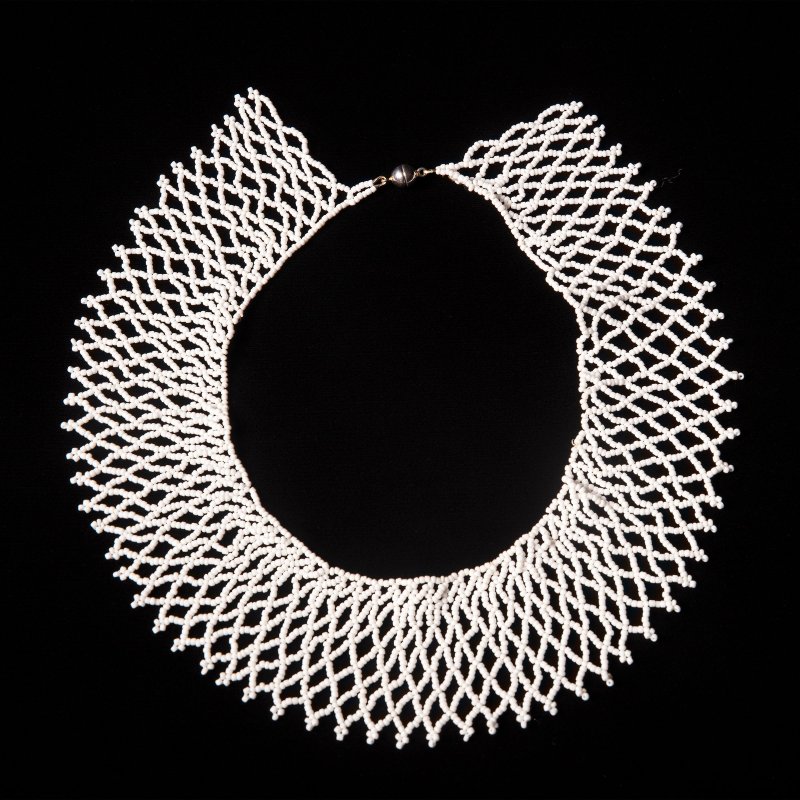 This South African collar was Ginsburg’s favorite of all. She wore it in multiple Court photos, in her own official portrait now hanging at the Supreme Court, and on the cover of TIME. 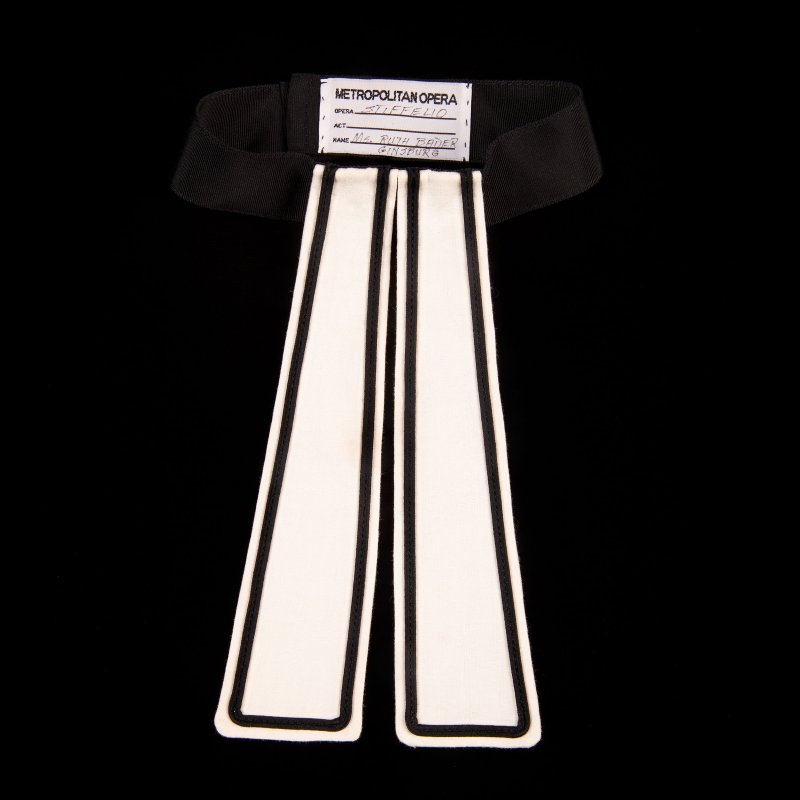 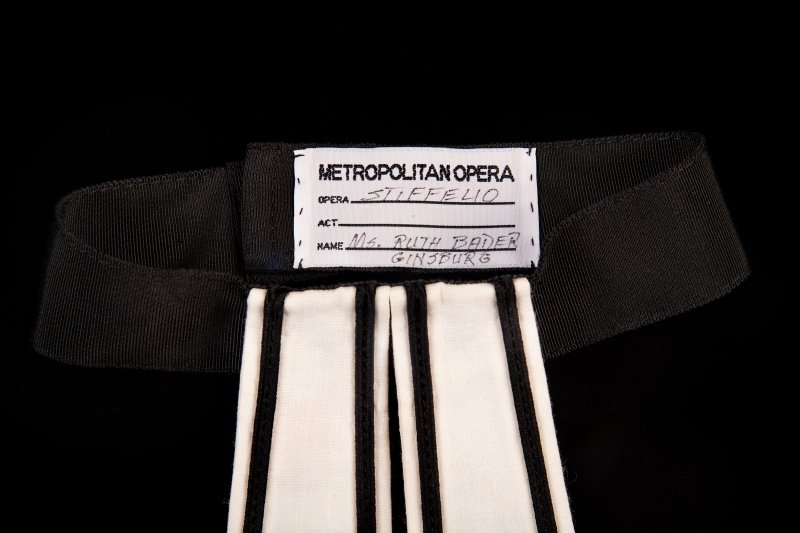 Ginsburg was a huge opera fan, and this collar is a copy of one worn by Placido Domingo. It was from a production of Stiffelio at the Metropolitan Opera, and when Ginsburg admired it, the Met gave it to her. Ginsburg protested that the performers would need it for the following night’s production, but the Met told Ginsburg they would get another one. 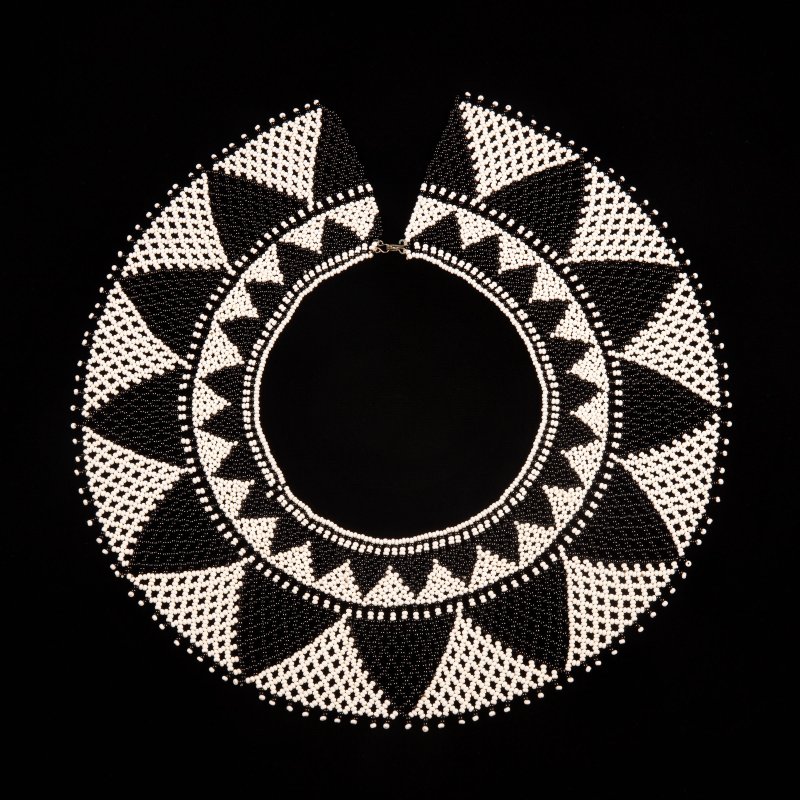 This beaded collar from South America was the last collar Ginsburg wore in her lifetime, at a wedding she officiated on August 30, 2020. 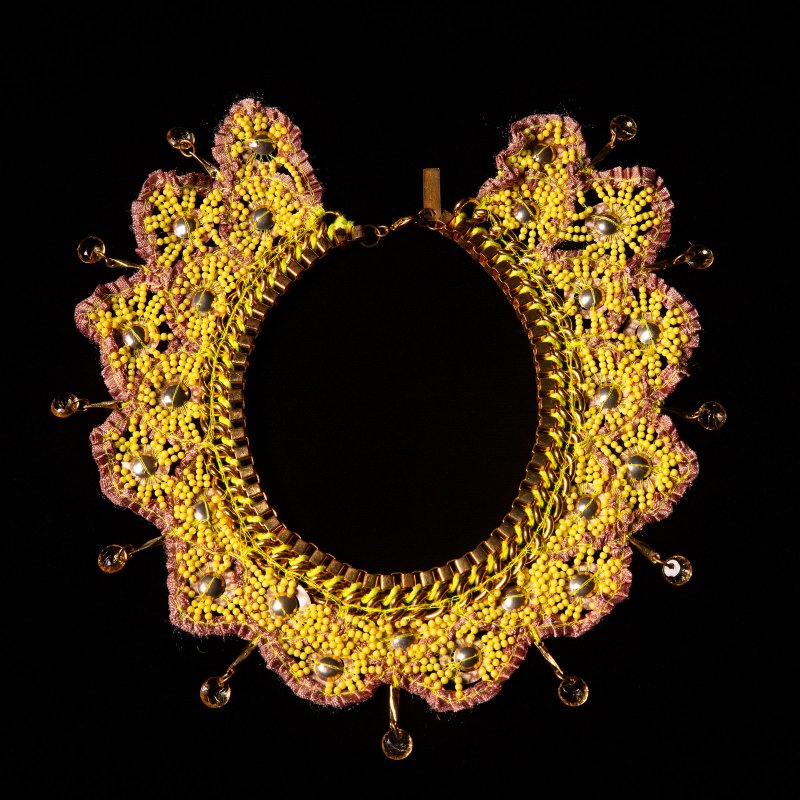 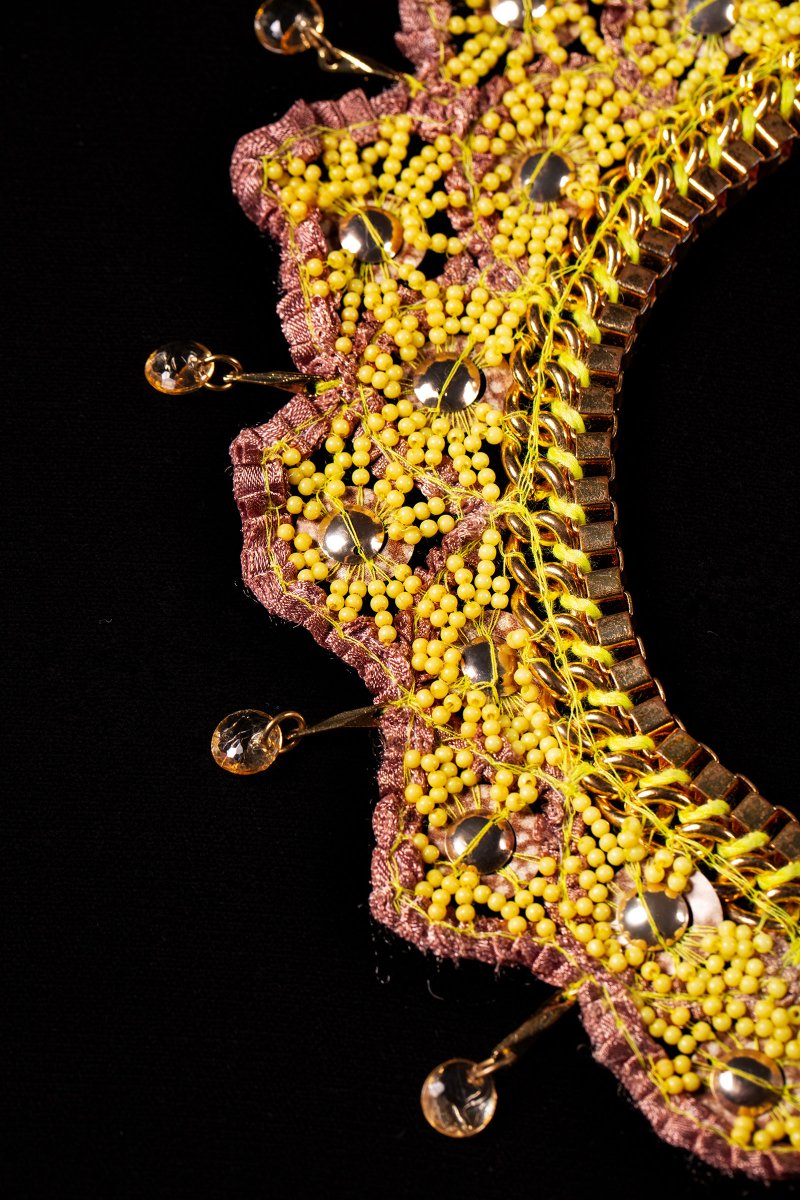 This was Ginsburg’s “majority collar,” which she often wore when announcing a majority opinion from the bench. It’s from Anthropologie and was a gift from her October Term 2006 law clerks. 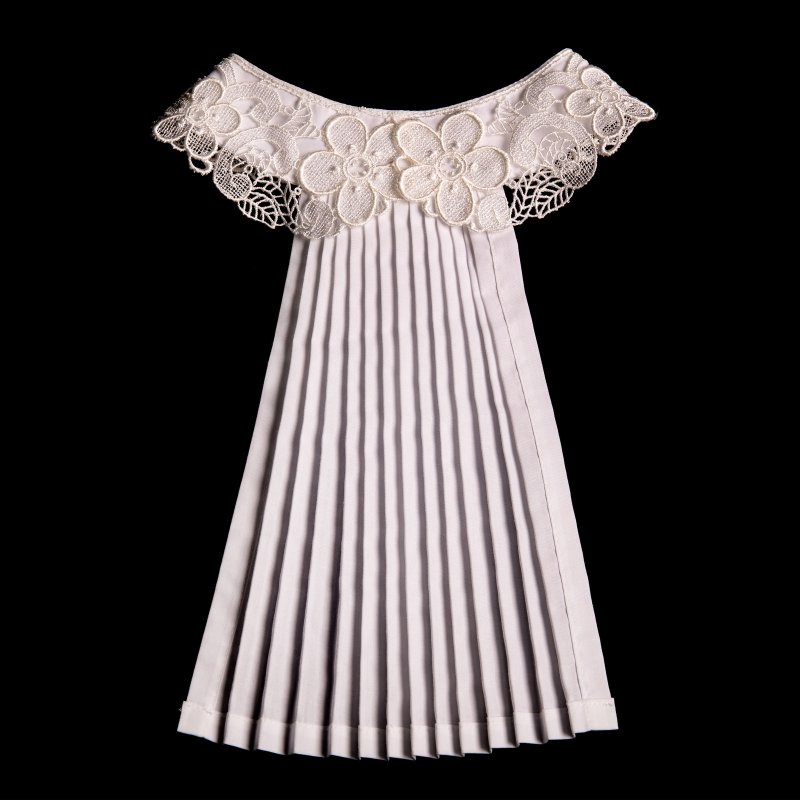 This is one of Ginsburg’s original jabots, worn early in her time on the Supreme Court. 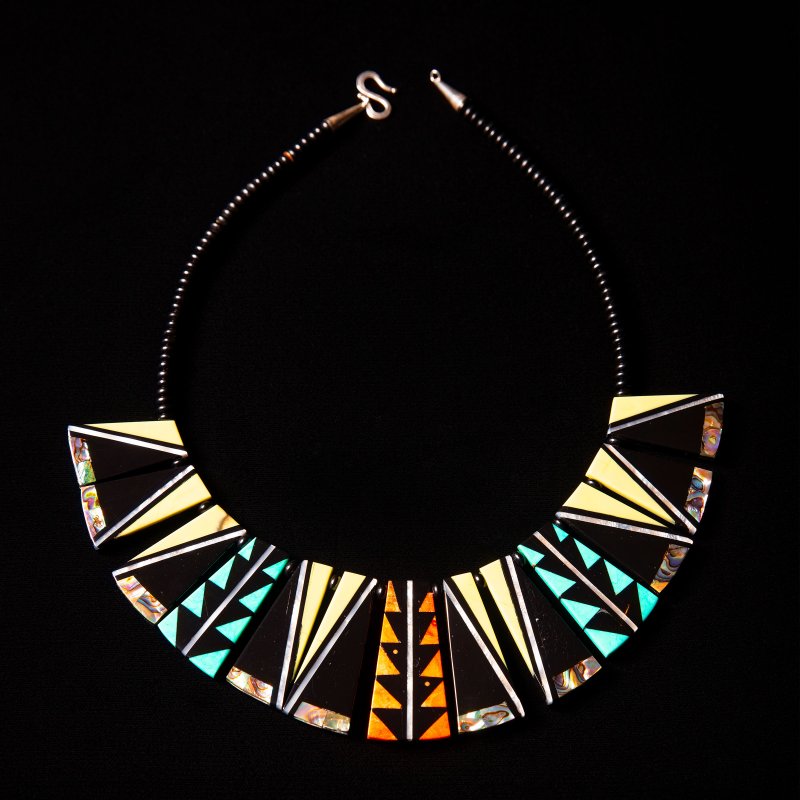 Ginsburg was given this collar in 2016 by the New Mexico Chapter of International Women’s Forum at the New Mexico Supreme Court. She wore it in the 2017 official Court group photo. 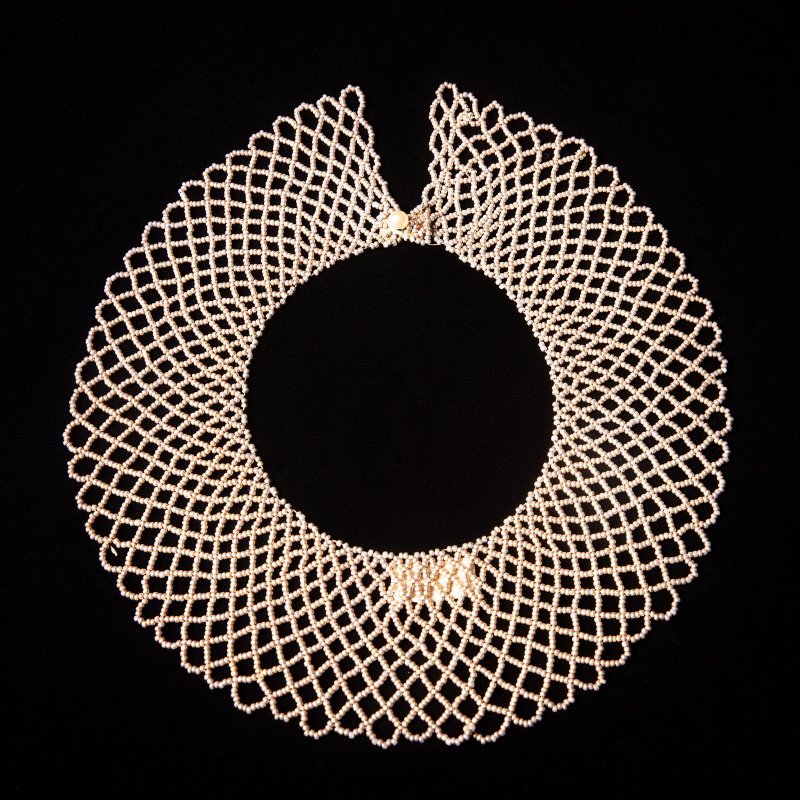 Ginsburg wore this collar— given to her by the Etsy artist who made it— on President Donald Trump’s Inauguration Day in 2017. It barely withstood the day. Bundled amid the warm layers Ginsburg needed in the chilly weather, a strand on the collar broke and several beads fell off. (It was subsequently restrung.) 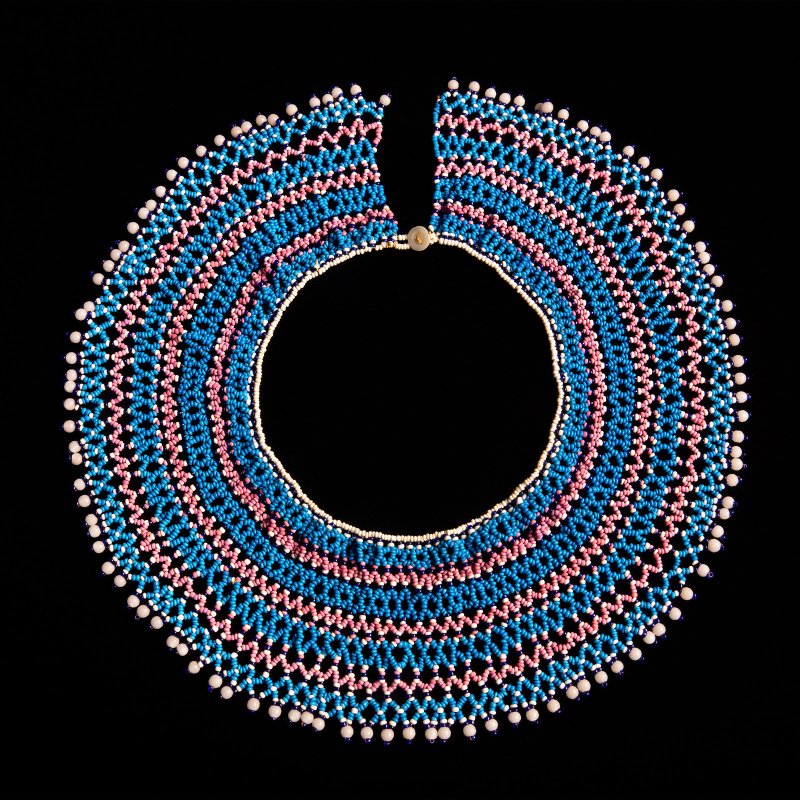 This was a 2013 gift from the Women’s Law & Public Policy Fellowship Program and the Leadership and Advocacy for Women in Africa Fellowship Program groups from the Georgetown University Law Center. Ginsburg wore it during the 2015 State of Union Address.