by Peter Diamandis: For the first time in history, leading scientists and entrepreneurs believe there’s a way to slow aging — and maybe even reverse it… 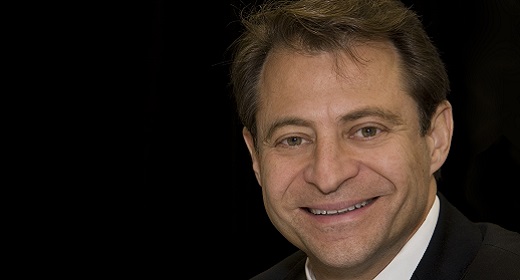 The latest research on longevity suggests there is no reason that people born today can’t live to at least 120 years old… perhaps even to 150 and beyond.

How would you change your life if you could live to 120 years old and remain healthy?

What would you do differently today?

Last week we explored the “Longevity Mindset.” Today and next week, I’ll do a quick review of the latest advancements toward rewiring the biology of aging.

Every year, I take a group of my Abundance 360 Members on a “Platinum Longevity Trip” to meet with the cutting-edge researchers and companies. Following are some of the companies and technologies we observed that have the potential to increase your healthspan — the amount of time you have to live a healthy and functional life, avoiding expensive end-of-life care.

Today’s blog will be part one of a two-part series covering these developments.

Genome sequencing can uncover disease susceptibilities years before symptoms present, allowing for personalized preventative care to begin sooner than ever before.

For example, the Cancer Genome Atlas Program at the NIH is currently using gene sequencing to decode the genetic underpinnings of 30 cancer types.

Perhaps the most impactful potential of low-cost genome sequencing is its ability to be used in what is called a liquid biopsy — the ability to find free-flowing cancer DNA in your bloodstream that might indicate the existence of an undetected cancer in your body.  And, as we know, finding cancer at stage-zero or stage-one is the key to survival.

There are two major companies we visited with during our Platinum Longevity Trip:

Freenome takes a similar approach to early cancer diagnosis from a real-time blood draw (called a liquid biopsy), initially focused on colon cancer. Freenome’s multiomics platform analyzes fragments of DNA, RNA, and protein from the cancer and from the host response. This form of precision medicine bridges early detection and early intervention to boost human healthspan.

One of the most powerful technologies now available in the fight for longevity is called gene therapy — a technology theorized in the 1980s that has taken almost 40 years to mature. Gene therapy allows scientists to use a vector (typically an Adeno Associated Virus) to carry a desired gene to a set of desired cells in an organism. Want a specific gene put into retinal cells, or bone marrow, or neurons? No problem, there’s a gene therapy approach for that.

A new biotech start-up called Gordian Biotechnology is using the convergence of gene therapy and single cell sequencing to run hundreds of thousands of independent experiments in a single animal to determine the therapeutic effects of specific gene additions on specific cells of interest. Because aging is such a multifactorial process, this approach can run thousands of parallel experiments to tackle the many complexities of age-related diseases simultaneously.

Next week, we’ll learn about a company called Rejuvenate Bio, and an extraordinary researcher named Dr. David Sinclair who is using gene therapy to potentially rejuvenate animals with the ultimate goal of age reversal in humans.

In addition to Gene Therapy, the other incredible tool in our longevity research arsenal is CRISPR.

You may know CRISPR as the molecular scissors that can edit genes — think CTRL X (cut) and CTRL V (paste). But beyond cutting and pasting, CRISPR can also be used to help find and identify a sequence of DNA in your cell, sort of a “CTRL F” functionality. This discovery is so important and transformative that the Nobel Prize was just awarded this month to Dr. Jennifer Doudna of Gladstone Institutes for its discovery.

Gladstone-UCSF Institute of Genomic Immunology is using CRISPR to edit the T-cells of the immune system that play critical roles in cancer, infection, and autoimmunity. CRISPR can delete mutated genes or add new DNA to reprogram the T-cells. This personalized approach takes advantage of the body’s own immune system to tackle complex diseases.

Rather than snipping and replacing genes, Mammoth Biosciences has programmed CRISPR proteins to locate and cleave target genes, acting as “molecular shredders.” The cleaved gene serves as a molecular readout if the target is successfully bound, enabling CRISPR to serve as a diagnostic tool. Additionally, the company’s novel CRISPR proteins (cas14, casV) exist in the micro and nano scales, opening the door for new delivery systems at smaller scales than ever before.

With the recent breakthroughs in CRISPR and Gene Therapy technologies, a variety of strategies for reversing disease have been tried. Yet countless experiments remain, and that’s where AI can help.

The explosion of novel imaging, sensing, and sequencing tools has unleashed an abundance of patient data.

But bringing together this information across millions of patients to form actionable insights can only be achieved with Artificial Intelligence.

One of the leading companies in this area is Insilico Medicine, which is leveraging AI in its end-to-end drug pipeline, extending healthy longevity through drug discovery and aging research.

In their comprehensive drug discovery engine, Insilico uses millions of samples and multiple data types to A) discover signatures of diseases, and B) identify the most promising targets for billions of molecules. These molecules either already exist or can be generated de novo with the desired set of parameters.

Insilico uses an AI technique called generative adversarial networks (GANs) to “imagine” novel molecular structures. With reinforcement learning, Insilico’s system lets you generate a molecule with any of up to 20 different properties to hit a specified target.

Thanks to converging breakthroughs in machine learning, drug discovery and molecular biology, companies like Insilico can now do with 50 people what the pharmaceutical industry can barely do with an army of 5,000.

Another extraordinary company on the Longevity Platinum Trip was a company out of the Buck Institute called Edifice Health, which has developed the ability to determine your “inflammatory age” using advanced AI to score biomarkers of immune health. Inflammation is a leading contributor to most chronic illnesses, and greater awareness of this symptom will enhance preventative care. Even more important than measuring inflammatory age, Edifice Health is screening thousands of molecules to determine which can quell such inflammation.

An additional company out of the Buck Institute is Gerostate Alpha, a pharmaceutical company that is using large-scale AI to test millions of compounds for their ability to extend the life of a worm-like creature called the nematode. Once they get a hit in nematodes (rather short-lived creatures), they will then test the molecules in mice and eventually in humans. The company is testing millions of compounds in parallel, hoping to literally discover the pharmaceutical fountain of youth.

In next week’s blog, we’ll continue to review other exciting companies on the cutting-edge of longevity science, diving more into gene therapy, senolytic medicines, vaccines, and stem cells.

Join Me at Abundance 360

If tracking the latest breakthroughs in longevity is something you desire… If developing a Longevity Mindset is important to you, then consider joining my Abundance 360 Mastermind.

Every year, my team and I select a group of 360 entrepreneurs and CEOs to coach over the course of a year-long program. A360 starts each January with a live event and continues every two months with Implementation Workshops, in which I personally coach members in small groups over Zoom. (In January 2021, you have a choice of live “in-person” or “virtual” participation. See the A360 website for more info.)

My mission is to help A360 members identify their massively transformative purpose, select their moonshot, and hone an Abundance, Exponential, and Longevity Mindset. Together we will actively select and reinforce your preferred mindsets.