by Kiri Wesby: Three recent examples we can all emulate. 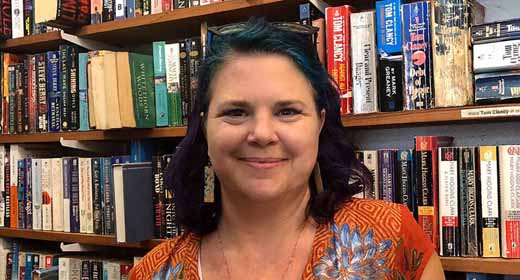 The word “privilege” has gotten a bad rap. Whether it’s attached to the word White, or Male, or Hetero, we have begun to see, and use, the word as more of an accusation than a circumstance; a status to be pointed out and often shamed. When, in reality, many of society’s “privileged” came into that standing through no work, nor design, of their own, they were simply born into it. And so, a paradox emerges: on the one hand, we can recognize and maybe even resent our unearned privileges, while on the other hand, it feels like there is nothing to do about it, no way to dismantle the unrequested and unequal advantages bestowed upon us.

For example, if I was born a wealthy, White, American, English-speaking, able-bodied, CIS-gender male, I would move through society with a lot of unspoken (and often invisible to me) privileges. Upon realizing this disparity—or being called out for it—I may ask, “is there some way for me to be less White? Less American? Less male?” causing me to feel defensive and to see my privileges as static or outside of my control.

But what if we all shift our emotional response to the word “privilege,” from a place of discomfort or shame about the inequality it elicits, to a deeper understanding of the currency and true power that privileges afford us?

If we want to change the status quo, we must move past the initial guilt that arises from realizing we have more [money, fame, education, health, access] than others, and into to a place of action. We can stock of our many privileges and ask, “how can I spend or leverage these privileges to shake-up the foundations of such inequality?” Instead of hiding our privileges away in shame or, even worse, ignoring the access and power our privileges represent, we can shift our perspective on this divisive word and learn to wield our advantages as powerful tools within broader movements for change. 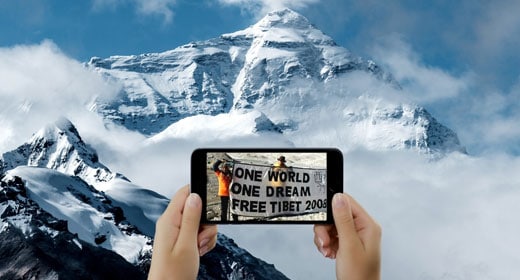 So how do we do this? What does it look like?

While there have been many brave people throughout history who have realized the power in their advantages and access, and learned how to leverage them to make waves, here are three examples from recent news headlines that we can all learn and grow from: 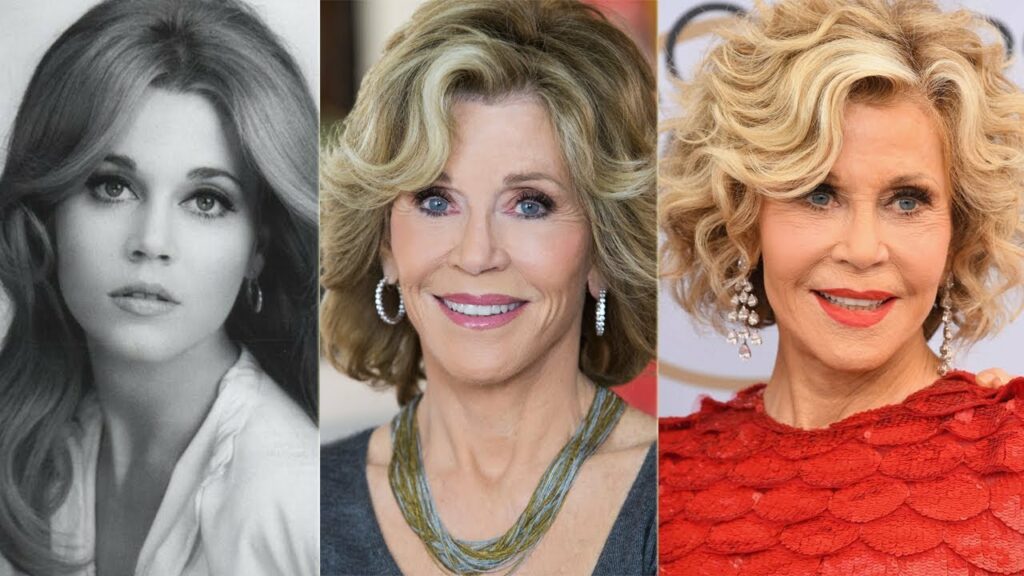 Ask anyone alive in the 1970s and they will know Jane Fonda’s name as synonymous with anti-war activism and using her star-power to bring attention to important causes. President Nixon once had her arrested on trumped up drug charges because her anti-war messaging was too influential! But Jane certainly didn’t stop agitating fifty years ago. While navigating a decades-long acting career, Jane Fonda has deftly walked the line of maintaining status and then wielding that privileged platform to call for radical change.

Jane recently uprooted her L.A. life and moved to Washington D.C. to join and amplify the global movement for action on climate change. Inspired by the courage and tenacity young activists like Greta Thunberg, Fonda gathered up her resources and used her massive platform to blast their message deep into the psyches of the average American.  “Fire Drill Fridays,” with Jane donning her now-iconic, final-purchase, bright red coat, saw Jane arrested five times in 2019 for civil disobedience. With her input, the movement grew its reach into the millions. In 2020, Jane Fonda wrote a new book, entitled “What Can I Do? My path from climate despair to action,” which speaks to the exact question many of us with immense privileges have been pondering (and, of course, proceeds from the book go directly to Greenpeace). Jane turns eighty-five this year and as her über-popular Netflix series “Grace and Frankie” ends its seventh and final season, I keep thinking, “I can’t wait to see what Jane Fonda will do next!” She’s certainly someone who can teach us all a thing or two about leveraging privileges to turn injustice on its head! 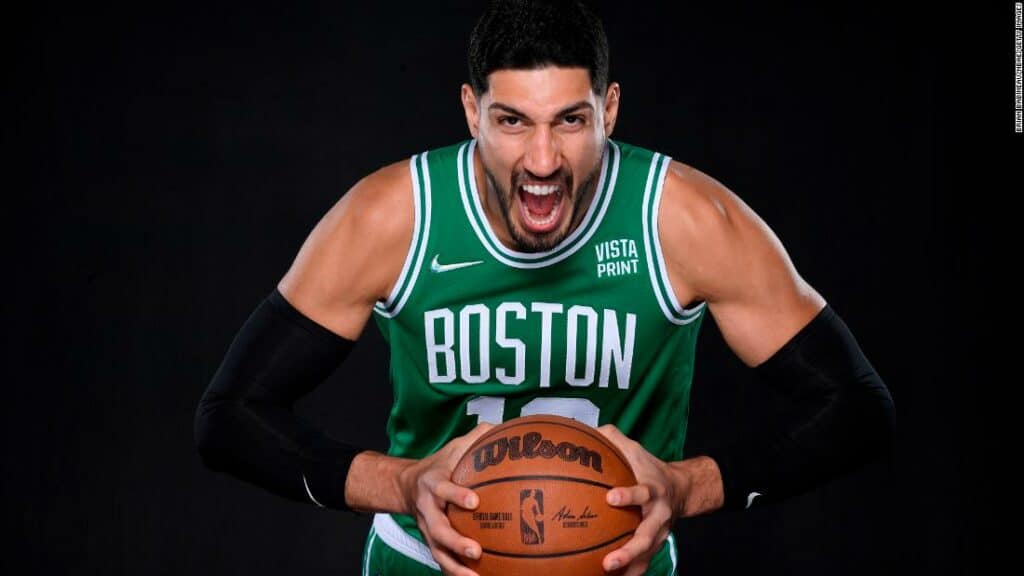 N.B.A. star Enes Kanter Freedom has been making huge political waves lately, as he leverages his media spotlight to insist on a conversation around global human rights and the ongoing oppression of authoritarian governments. Kanter Freedom, a Turkish-American immigrant who knows first-hand what authoritarian regimes do to free-speech, recently adopted the second last name “Freedom,” to be proudly displayed on the back of his basketball jersey, lest anyone forget what he stands for. He has specifically called out the Chinese Communist Party (CCP) on behalf of Tibetans, Uyghurs, and Hongkongers in creative ways, ruffling more than a few feathers inside the N.B.A.. In doing so, Kanter has become an overnight hero to thousands of grassroots activists working to unmask and challenge the CCP’s brutal policies, but he has also become a PR nightmare for the franchise, who sees billions of dollars in revenue from its Chinese fans (at the tentative permission from the CCP). Kanter Freedom is now says he’s being blacklisted from the N.B.A. for criticizing the Chinese government. In February of this year, he was traded from the Boston Celtics to the Houston Rockets, but the Rockets then “waived” him, saying “they had acquired Kanter Freedom for salary-matching reasons and to help the Celtics ease a team payroll burden.” Whatever that means?  The CCP has not been so cryptic about its distain for American sports teams who dare to challenge their propaganda line, as evidenced in their treatmentof the Houston Rocket’s General Manager Daryl Morey in 2019, after he posted a tweet in support of Hong Kong’s pro-democracy Umbrella Movement. As a result of one six-word tweet, China censored all N.B.A. games nationwide and numerous Chinese companies suspended their business deals with the N.B.A., costing the franchise millions and threatening billions more. The N.B.A. quickly recruited superstar Lebron James to tamp down any public support of Hong Kong, saying that Morey was misinformed. But Enes Kanter Freedom, it seems, is unwilling to make such compromises, nor tread lightly, when it comes to calling out Dictatorships…N.B.A. sponsorships be damned! He recognizes that his platform and his privileged voice are the main currency he holds and he’s not afraid to spend it in calling for real change. I’m not one for idolizing sports players but he’s one professional athlete who’s actions I can get behind and share with my kids. 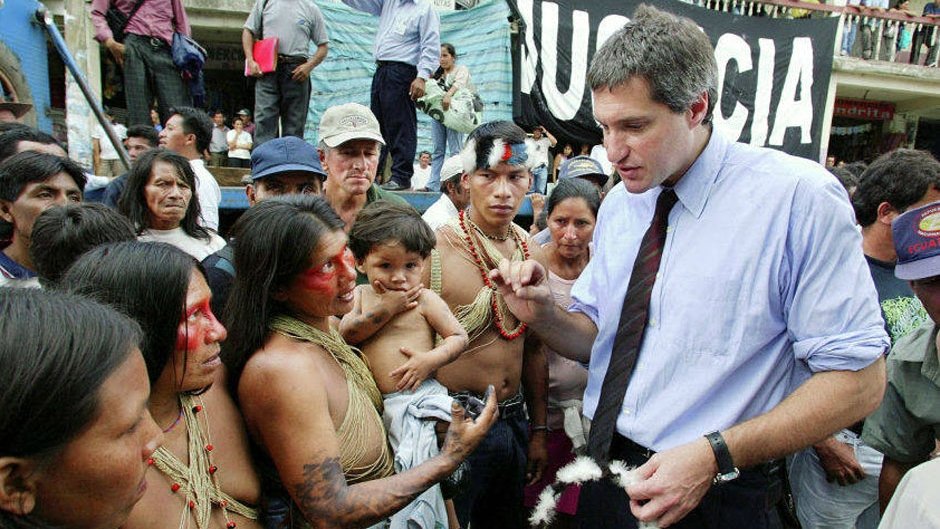 You may not know his name yet but, trust me, you will. Steve Donziger’s monumental legal efforts on behalf of the Indigenous people of Ecuador will surely become a stirring film in the future. Steve is a White, American, English-speaking, able-bodied, CIS-gender male (as we imagined above), and he is also a Harvard educated lawyer…thus, his privilege-cup runneth over.  But instead of resting on those laurels, in 1993, Donziger was asked by Frente de Defensa de la Amazonía (FDA), a group of indigenous tribes in Ecuador’s Amazonian rainforest, to help win compensation for the disastrous pollution and resulting health maladies caused by the oil company Texaco, after drilling in the Lago Agrio oil field (AKA the “Amazon Chernobyl”). Donziger visited Lago Agrio and described it as an “apocalyptic disaster with children walking barefoot down oil covered roads and jungle lakes filled with oil,” and so he took the case on behalf of 30,000 indigenous farmers and community members. A whopping eighteen years later (due to dozens of evasive legal moves by Chevron who bought Texaco in 2001), Donziger and team won a massive 18-billion-dollar settlement for the Amazonian tribes, which was upheld by Ecuador’s highest “National Court of Justice.”  But Chevron refused to own up to their environmental abuse, nor pay the affected communities one penny, and instead doubled-down on their corruption by going after Donziger personally.

Chevron filed a countersuit in the U.S., accusing Donziger of tampering with the case in Ecuador, insisting that this personal laptop and notes contained proof of his team’s crooked efforts to sway the final decision. They hired a fierce legal team, dedicated millions of dollars, and saw judges appointed to Donziger’s case who had worked for Chevron in the past and who owned stock in the Chevron Corporation. They “threw the book” at Steve, who refused to hand over his laptop and notes, claiming client-attorney privilege and fearing retaliation against activists in the Lago Agrio region. The judge charged him with six counts of “contempt of court” and went to unprecedented lengths to ensure he was prosecuted to the fullest extent, ordering him to await trial in home confinement with an ankle bracelet, called him a flight risk, setting his bond at $800,000 USD (a record amount in the U.S. at the time for such a misdemeanor charge), and eventually sentencing him to six months in a maximum-security prison (amidst a dangerous pandemic)…all for refusing to hand Chevron’s lawyers his protected notes on the case!

While under house arrest for the past two years, twenty-nine Nobel laureates described the actions taken by Chevron against Donziger as “judicial harassment;” Human rights campaigners called Chevron’s actions an example of a strategic lawsuit against public participation; while six members of the Congressional Progressive Caucus demanded that the Department of Justice immediately review the case.  The United Nations High Commissioner for Human Rights claimed that Donziger’s pre-trial detention was illegal and demanded his release.

But it wasn’t until two weeks ago, on April 25th, 2022, after spending 45 days in prison and a combined total of 993 days under house arrest, that Steve Donziger was finally a free man.

It’s clear that Chevron doesn’t want you or me to know the lengths they’ve reached to avoid their responsibilities to the polluted land, water, and people of Ecuador. They wish Donziger would just shut up and go away already, that they could silence him the way they have the indigenous communities affected…but something tells me Steve Donziger isn’t going to stop leveraging his privileges anytime soon, and that this isn’t the last we’ve heard of his herculean efforts on behalf of the less advantaged. Now there’s a name I will make sure my children know and hold up as an example of the type of change they each have the capacity to create.

When we think of “privileges” and all the problematic ways they manifest in society, we must also think of all the ways they can be leveraged to disrupt inequality. I encourage you to make a list of all the privileges you hold—from your mother tongue to your passport—because that’s exactly where you’ll find the ingredients for creating change, within the very spaces where you have access and influence and voice. All you have to do, is choose to use them.

Do you have a story of someone leveraging their privileges in a monumental way? Tell me about it in the comments below!