Donna Quesada: Ocean, I want to thank you, first of all, for your time today. I’m just delighted to meet you, personally. 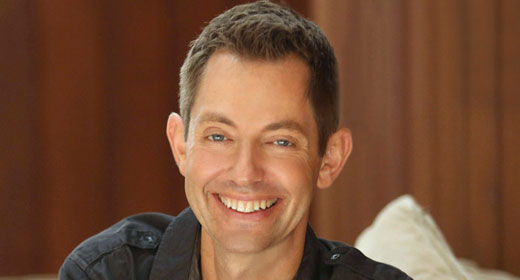 DONNA: And to introduce you to Awaken.

OCEAN: Well, I’m glad to be with you. Thank you so much for the opportunity.

DONNA: We interviewed your father not too long ago. And it was so special for me because I used to use his book in the 90s, and his video to teach my college classes. So, to sit face to face with him was a really special moment. And it’s just lovely that you are taking on, not only his work… you’ve not only joined forces with him, but you are a force in your own right. I was blown away when I saw how many projects are on your plate.

OCEAN: It’s a joy to be able to work with him. To help so many people get healthy and live more beautiful lives.

DONNA: We have a tradition that you might be aware of. And so, we’ll just hit the ground running… I’d like to get your take on this idea of awakening. What does it mean to you, to awaken?

OCEAN: Well, to me, awakening is any time we have an epiphany, an insight, a breakthrough. And the old paradigm and the old-world view suddenly disappears. It’s like, if you are in the movie theatre and you are totally entranced in the movie and then suddenly you realize that there is a projector and a screen and those events aren’t actually happening. And your whole world changes. I remember seeing The Matrix, and a sense that all of us live in a prison, in a sense. The artifacts of our own preconceived notions of how we view the world… and awakening to me, is anytime that you have a new perspective that completely changes how you see it all and you can never go back. You can pretend, but some part of you will always know that the world, as you see it, is fundamentally changed forever.

DONNA: I love that. My philosophy wheels are turning and I seem to remember an expression… “ontological shock,” when our whole vision of what reality is… is just smashed open.

OCEAN: The beauty of awakening is that it not only gives us a new world view, but it gives us more information that we can apply. Because when you know where you are, you can more effectively engage to get what you want. All journeys start with three key things. Where you are. You have to know where you are going. And then you have to come up with a map or a path. And then you need some kind of pathway or plan for how you are going to bridge the gap from here to there. If you want to call an Uber, you have to say your location. You have to say your destination and then obviously, you use the car to get there.

And so, to me, awakening is about determining the landscape and giving it a new understanding. A new context… for our lives and the world that we live in, out of which we can more effectively create our dreams, our values, our visions and make them happen in our lives.

DONNA: So, awakening starts with this sort of world view explosion… We have our previous idea of what reality is, crushed, or changed, or revamped, somehow. Would you say that is the impetus for moving forward?

OCEAN: I would. And ultimately, at the end of the day, I’m interested in ideas and insights that are practically useful towards creating more beautiful more meaningful lives. And towards making a positive contribution to this planet. Abraham Lincoln said, “I care not much for a man’s religion whose dog and cat are not the better for it.” We have a lot of bright ideas and brilliant philosophies in the world today. There’s no shortage of them, but at the end of the day, I am interested in how it lives. And how we can create lives that are meaningful and valuable, and healthy, and vibrant, and participate in creating a better world on this planet. So, to me, all philosophy, all cosmology, all world views, are fundamentally rooted for me, in how does it inform the lives that we live?

DONNA: So, it’s got to be practical…. Useful.

OCEAN: Yeah, that’s what interests me the most. Perhaps it provides us with some context that then lands. But at the end of the day, I want to land the plane in our lives.

DONNA: What happened for you? Did something happen to you that changed your world view to the point where you felt a need to found all of these groups? And we’ll get into that. You are so young and you’ve started all of these groups that are activist in nature. Did something happen to you, in terms of your world view, that was the motivating factor?

OCEAN: Interestingly, when I was about eight years old, in third grade, a movie came out called The Day After, and it was about nuclear war and what would happen if bombs were dropped on major cities around the world. And I found it absolutely terrifying. And I went through a couple of years after that whenever I heard an airplane flying overhead, I would run to the window and be afraid it might be a bomber that was going to end it all. I just had this fear of a nuclear apocalypse.

And then, when I was 10, I was in a play. A children’s play about kids bringing peace to the world. And what happened was when I was in that play, I realized that my fear disappeared because it was replaced with actions… with feeling like I was somehow part of envisioning a possibility for transformation. And that epiphany, at the age of ten, catalyzed something deep within me, which has lived on ever since… which is this recognition that the problems, the crisis, the challenges, the pains that we experience in our world today, could be, in fact, a catalyst for us to be part of the healing and the transformation.

And it has been my experience over the years. I have seen, time and time again, that hopelessness, despair, apathy, fear, often is mitigated, or transformed, or released, in some profound way when we turn that energy and mobilize it into constructive and positive action.

DONNA: Interesting. So those that are already on the field seem to have more hope and optimism?

OCEAN: Absolutely. And that is the beauty, to me, of positive engagement… that the world becomes less scary and more beautiful when you become a participant. People ask me, “Do you have hope?” And I say, “To me, hope is a verb.” It’s an action. It’s something that comes from the way we live. I see love very much in the same way. It’s not something that happens to us, it’s something that we create and we give and we share and we participate in.

OCEAN: Exactly. And I think that so often, apathy is a thief of destiny, and we become apathetic when we think that what we do doesn’t matter. When we truly know that what we do matters, and we know how to engage and participate… almost everyone will do something positive and constructive with their lives. So, I want to help us all have lives of greater meaning, greater purpose, greater possibility… Greater aliveness, greater satisfaction, greater joy. And I think that starts with feeling like what we do matters, and knowing how we can meaningfully participate in the world. And I focus on food. Which is where my awakening is most leveraged, I think. Because I am so enthusiastic about letting folks know that what we eat can literally shape the future of our health, our lives and our planet.

DONNA: What would be your elevator pitch? For example, vegetarians are often pigeon-holed as you’re going to preach this no meat stuff? I guess my question is in two parts. When is it appropriate? Obviously not at the dinner table… or is it? And what would be your elevator pitch for a plant-based diet? For those who are thinking about jumping on board, but haven’t been convinced yet.

My core pitch would be that the modern industrialized diet is bringing us epidemic rates of cancer, heart disease, type two diabetes, obesity, Alzheimer’s and many other ailments. And 80% of those could be prevented or even reversed with a healthier diet. So, if you or anyone you love has ever been fearing or facing any of those major illnesses, then I want you to know that you are not alone and you can do something about it.

A whole food, predominantly plants-based diet has been proven in tens of thousands of studies, published in peer reviewed medical journals, to lead to lower rates of illness and higher rates of health. The Adventist Health Study looked… and 7thDay Adventists in Southern California… They are the only Blue Zone, which is an area of exceptional health and longevity in the United States. 7thDay Adventists live an average of nine years longer than the average American. And they are predominately eating a whole food, plant-based diet.

But when they don’t eat a predominately whole foods plant-based diet… the same people practicing the same religion, have the same health outcomes as the rest of us. So that’s a fascinating little micro-climate, if you will, where you can see… and over a hundred and twenty-five thousand people were studied in the Adventist Health Study over the course of 30 years. The results were stunning and that’s just one example among so many we can see.

But when you feed your body the right fuel, you can reverse illness and live a long, vibrant healthy life and that’s what I want. I want everyone to have the knowledge and the power to live long vibrant healthy lives.

So, I’m really excited about sharing this news and letting folks know how we can participate in building healthier lives and a healthier planet by eating lower on the food chain, and eating more whole, plant foods. The results are tremendous and profound.

Now, where do you talk about this and with whom? Well, that’s a personal choice, depending on you and your family… your relationship. I think a lot of vegans have gotten a bit of a reputation for being hard line, and maybe passionate, but maybe a little bit fundamentalist at times. And I know a lot of people that are scared of the topic because they don’t want to be judged for doing what makes sense for them.

I apply a big tent approach. I would like as many people as possible, involved with the food revolution, and starting where you are, and making steps and making progress towards a healthier life and a healthier world and I really believe in the science and the data. I’m much more interested in what studies show, than a fundamentalist ideology. It just so happens that all the studies point in the same direction, which is toward more whole food… predominantly plant foods.