The Heavenly Seventh And Eighth Chakras

by Dr. Alberto Villoldo: The SEVENTH CHAKRA, or crown chakra, located at the very top of the head is our portal to the Heavens… 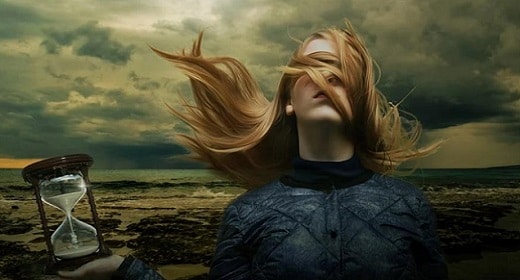 Luminous threads from this energy center reach up to the stars and to our destinies. The name for this chakra in Sanskrit is Sahasrara, which means “emptiness.”.

The lesson of the seventh chakra is mastery of time. When we break free of linear, causal time, we are no longer in the tyrannical grip of the past. Today is no longer the result of an earlier incident, and we experience freedom from cause and effect. We live with one foot in the ordinary world and one foot in the spiritual world, and we realize that they share common ground.

The properties of the seventh chakra are:

The negative expression of the seventh chakra is spiritual regression masquerading as enlightenment. Although it is true that in order to experience transcendence, one must step beyond ego. We often think that every non-ego state is transcendent but this belief that if you get rid of the ego you have Spirit, is far from the truth. In psychotherapy, a lack of ego boundaries is recognized as unhealthy. In traditional cultures, the initiation process is carefully designed to make certain that the student has built a solid sense of himself before attempting to dismember the ego and attain this level.

The seventh chakra corresponds to ages forty two to forty nine. Creativity and imagination blossom and we rely on our intuition. Those who have mastered the seventh chakra attain unusual powers, including remembering ancient memories belonging to the collective consciousness of humanity. Doña Laura used to tell me that the final test of the shaman who attempts this level is to remember the first story ever told.

“When time was still young, before the arrival of the four-leggeds or the plants, the first story ever told was told to us by the Stone People,” she would say. “This is why we place a circle of stones around our fires.”

Another gift of the seventh chakra is the ability to shape-shift. These shamans understand that they are no different from the stones, the plants, or the Earth. Doña Laura once appeared in one of our meetings as a beautiful young Indian woman. I was very drawn to her and became enamored of her eyes and her smile. At one moment during the evening she went behind a boulder, and the person who returned an instant later was Doña Laura, one of the homeliest people I have ever met.

Individuals who master the gifts of this chakra understand that the river of life flows beyond form and formlessness, beyond existence and nonexistence. They know infinity independent of time or form.

The EIGHTH CHAKRA, located a few inches above our head, is where we experience a deep union with all of Creation, and the Creator. Don Antonio called it the Wiracocha, or “source of the sacred.” It corresponds to the Christian concept of the soul, which is personal and finite.

The eighth chakra resides within the Luminous Energy Field and hovers above the head like a golden spinning sun. We often see this chakra illustrated in paintings as the light (halo) surrounding Christ, the Buddha or other religious figures.

The properties of the eighth chakra are:

The eighth chakra is unaffected by the death of the body. It is like a carpenter who builds a chair and later burns it in his fireplace—the carpenter feels no loss, as he knows that he can simply build another out of new wood. The information fields in the eighth chakra act as the template to create the physical body. Etched in its walls are the imprints of trauma that we bring with us from one lifetime to another and that help select the parents we are born through. These imprints predispose us to living, learning, aging, and dying in particular ways, and are mirrored by the imprints in our luminous energy field.

At the time of death, the eighth chakra expands into a luminous globe and envelops the other seven chakras in a vessel of light, which remains intact until it is time to manufacture and occupy another body. This energy center is linked to the archetypal domain, the original images and memories that belong to the human collective.

Those whose eighth chakra is clogged can find themselves feeling only partially in their bodies—dissociated and disconnected from all. It is a cosmic horror such as that experienced by those caught between the worlds of spirit and matter. On the spiritual dimension, this is purgatory, what the Buddhists call the bardo planes. Disincarnate entities who cling to people or places on the Earth are trapped in this domain.

Persons who suffer a spontaneous, yet unbalanced awakening of this center can also become stuck in this realm. Many are in mental institutions; others suffer alone in their homes. Still others join bizarre pseudo-mystical cults.

The eighth chakra corresponds to ages forty-nine to fifty-six. With a wealth of experience at our fingertips, this is a period of self-mastery and personal power. We become aware of the Beholder (known in Buddhism as the Witness)—a self that has been present from the beginning of our spiritual journey. Now disengaged from the mind, it is able to behold the mind with all of its dramas without subscribing to them. The Beholder witnesses our life unfolding and understands that all of the stories we use to describe ourselves are only stories. Everything we think we know about ourselves is not the real self.

The attribute of the eighth chakra is invisibility. In this center we become aware of the Beholder (known in Buddhism as the Witness)—a self that has been present from the beginning of our spiritual journey. Now disengaged from the mind, it is able to behold the mind with all of its dramas without subscribing to them. The Beholder witnesses our life unfolding and understands that all of the stories we use to describe ourselves are only stories. Everything we think we know about ourselves is not the real self.

How can you become free of desire, hope and regret and find the Beholder within?