by Jack Kornfield: If we are able to quiet the mind and face what is true it’s easier to envision liberation from suffering for ourselves, our community and the world… 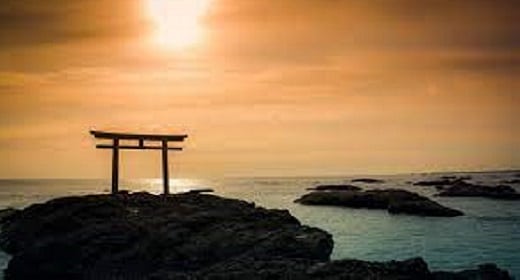 Envisioning has enormous power. With our vision and imagination we can help create the future. Envisioning sets our direction, marshals our resources, makes the un-manifest possible.  A Boddhisattva’s vision is the necessary step toward transformation of the world. We must courageously envision a world where all children have proper care and food, where instead of an arms race our creative efforts are put into conflict resolution. We must see how individuals of all castes, tribes, races and orientation can be treated with equal respect and opportunity.

In the Buddhist texts, the Bodhisattva Vimalakirti exemplifies this courage. Among the wisest of beings, he deliberately seeks out the difficulties of the world. Vimalakirti  works in hospitals, markets and taverns. As he tends to others, he demonstrates that happiness and freedom are possible for all he meets. He uses each circumstance as the perfect place to teach the path of awakening. Like Vimalakirti, vision and compassion guide the response of a modern Bodhisattva. The Southeast Asian environmental crisis has led Burmese and Thai monks to turn their forest monasteries into wild animal sanctuaries to help preserve the remaining tigers. In Cambodia, monks and nuns run addiction treatment centers, AIDS hospitals. In Thailand monks wrap their robes around the most ancient trees to “ordain them” and save thousands of acres of disappearing forest.

Do not confuse Buddhism with withdrawal from the world.  The Buddhist teachings about wise society and wise leadership are taught from childhood throughout the Buddhist world.  In hundreds of popular tales, the Buddha-to-be often appears as a prince or an animal. In one story, the Buddha-to-be is born as a Banyan deer king who nobly offers his life to a human king in place of a pregnant doe that has been caught. His gesture so inspires the human king that the hunting of deer and other forest animals is forbidden throughout the kingdom. In another story, the Buddha-to-be is born as a small parrot, who tries to save the animals around him from a forest fire. Repeatedly dousing his wings with river water, he flies into the great flames to find and wet his frightened friends. His bravery touches the heart of the rain god, whose tears fall, quenching the flames and rescuing all the creatures from a fiery death. For those who grow up in a Buddhist culture, these beloved tales are recounted a thousand times. Listeners are guided by the possibility of the bodhisattva who seeks the good, the benefit of all.