By Donna Quesada: In the final episode of The Kominsky Method, acting coach “Sandy,” played by Michael Douglas, confides in his ex wife “Roz,” played by Kathleen Turner: 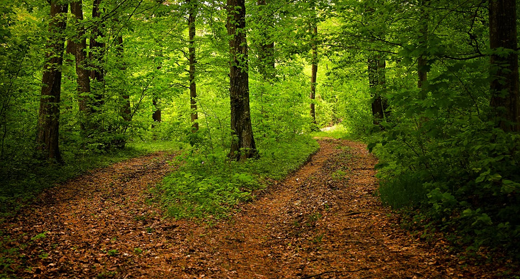 Sandy: Hey, can I tell you a secret?

Roz: Will I have to lie on the witness stand?

Sandy: I’ve lived my life with a broken heart.

Sandy: When I was a kid, I didn’t dream about being an acting coach. I dreamed I was going to be an actor. When that didn’t happen, I convinced myself that teaching is what I was meant to do. And that it was actually better than my silly childhood dream.

My Story, in Brief

He was pulling the words right out of my own heart. But my parallel had to do with my unfulfilled childhood dream of singing. I never dared to describe it as a “heartbreak.” But in hearing that dialogue, I knew it was the right word. Because that’s what it felt like. In my book, Buddha in the Classroom, I tell the story of how, as a child, I would convince my mother that I was sick enough to stay home from school, so that I could sing along with all my favorite records, especially Elton John, Carly Simon, and Carole King (I’m a child of the 70s). I convinced her to sign me up for singing lessons and later joined the school choir. The rock band I formed with my drummer boyfriend in high school, would be my last go-round with singing… for a few decades, anyway.

As a young adult, I came to feel that I could not sing and simply stopped. But I was that mother who lived the dreamthrough her kid… like those football dads who never got to play, so they live it out through their sons. And live the dream I did… through years of schlepping to violin camp, sax lessons, Guitar Center for new guitars and amps…and best of all, music in the house all the time. He always knew he could leave it anytime he wanted, but as destiny would have it, he took to it naturally.

The Road Not Taken Isn’t Good or Bad

Despite my little pity party with Michael Douglas, I have discovered that the road not taken gives us “juice.” It gives us a kind of useful frustration, even though that word gets a bad rap—as in the expression, “he’s a frustrated actor”(or, fill in the blank). This frustration can provide the impetus to channel that creative energy into everything we do. In other words, we can put that spirit into other endeavors, which imbues them with vigor and meaning.

I have also found that the myriad heartbreaks and “unfulfilled” areas of our lives, gifts us with a sweet sense of melancholy that makes us richer, as humans. But the kind of melancholy I speak of is not sadness or unhappiness or depression. It’s rather like a color… a wonderful hue in the prism of life. It gives us depth. It gives us empathy and sensitivity.

With some irony, it is that same sensitivity that enables me to feel music deeply and relate to others with a kind of profound compassion that wouldn’t be there if I had no understanding of heartbreak.

I would even say that the emotions that are often dismissed as “undesirable” are the salt in the stew of our character.

Spiritual therapist Linda Nardelli speaks of the importance of welcoming all emotions… “when I welcome my clients’full range of emotions and see them as a whole, they often rationalize their feelings as not being spiritual or advanced. They’ve ascribed to the path of evolution and believe that they have to be beyond human to be spiritual. They perceive their humanity as being a bad thing.”

We grow up being told that if we chase our dreams and passions, we’ll live happily ever after. We are told to go after all the material goodies, including recognition, accolades and all the various symbols of success. Nowhere are we told about the space in the middle of dreams and disappointment. The space in between yearning and loss. A wise teacher once told me that “anxiety, heartbreak and tenderness mark the in between state.” But no one ever wants to go there.

What would happen if we found the courage to explore the in between? To feel what it really feels like there? This is the land where the spiritual warriors live. It’s where we become tender and where compassion wells up of its own accord, to take the place of bitterness, so that loss no longer feels like loss, but rather, like love.

It Doesn’t Have To Be Your Profession

What does it matter if it’s “what you do?” All the better if not! So as not to become corrupted by “work stuff,” like deadlines, evaluations, and worries about performance. As a hobby, it stays sweet, and never becomes odious.

My best friend was one of the “lucky” ones who was able to make a profession out of dancing. She once shared with me the common experience among the cast members of a famous musical she took part in. Far from reveling in prideful accomplishment for having been part of one of the longest running shows, they ended up physically and mentally jaded. Across the board. Many were dancing on old injuries and were scarcely able to find the motivation to go on stage night after night. Yet somehow, they managed to put themselves into their costumes and glissade onto the stage one more time because it was how they made their living.

It is the same motivation that gets most of the world to work every day.

When something becomes a job it often becomes burdensome. Think of the ancient Greek myth about Sisyphus. He is condemned by the guards to push a giant boulder uphill, over and over, all day long, even as it continuously rolls to the bottom of its own weight as soon as he gets it to the top. The gods understood the futility of wasted labor, so it was the perfect wicked punishment. In retelling the story, the French philosopher Camus likens the absurdity of the task to the predicament of every single one of us, who must push our rocks in our own way… as we struggle to meet deadlines, deal with coworkers and bosses and solve the problems that are part and parcel of any workday, anywhere.

But, when something is done purely out of love, without the label of work tagged onto it, and without the heaviness of deadlines hanging over it, it can be a joyful retreat.

Through coaching, Michael Douglas’ character confronted his own unprocessed emotions and created a safe space for his students to do the same. As a teacher, I can relate to the therapeutic value inherent in the profession. I have long gathered that this is a big part of what my soul’s purpose has been…

But thanks in no small part to a stressful divorce, and a little encouragement from my friends, I finally started singing again. It is inconsequential that it is nothing more than a therapeutic hobby. And it’s okay that I’m just an okay singer. Many classics were sung by okay singers who thought they couldn’t sing.

Michael Douglas’ character finally gets his day in the sun. On the big screen. The fact that he won an award made for good story telling, but it too, would’ve been inconsequential if it were otherwise. And no matter that it’s the final chapter of his life. The time is just right when we are able to infuse it with love. And in return, it will bring us only joy.

It’s all part of The Road. A part of the soul’s purpose that isn’t even fully understood… yet.

What is your road not taken? And how might you travel that road, now?